The Duke of Sussex had earlier attended a UK-Africa summit in London.

The Duke of Sussex has arrived in Canada to be reunited with wife Meghan and son Archie.

Photographs and footage showed Harry getting off a plane at Vancouver International Airport and straight into a waiting car on the tarmac.

The Daily Mail said he flew from London’s Heathrow on British Airways flight 85 on Monday.

He emerged from the WestJet plane wearing a hat, jeans and a warm jacket, with a bag slung over his shoulder, and was accompanied by a number of security guards.

A few hours earlier, he met Prime Minister Boris Johnson and world leaders at the UK-Africa Investment Summit in London, which is likely to be one of his few remaining official engagements before he and Meghan take their “leap of faith” and leave the monarchy in the spring.

The duke gave an emotional speech on Sunday night, saying he had “no other option” but to give up his official royal duties and forge a new life in Canada, where his wife and son are setting up home.

In the speech, Harry told invited guests: “What I want to make clear is we’re not walking away, and we certainly aren’t walking away from you.

“Our hope was to continue serving the Queen, the Commonwealth and my military associations, but without public funding. Unfortunately, that wasn’t possible.”

The Sun’s front page on Tuesday featured a picture of a smiling Meghan out for a walk with Archie on a woodland trail on Vancouver Island. Pictures inside the newspaper showed the duchess walking with a beagle and a black Labrador.

The Sussexes had wanted to remain as working royals, although not prominent members, and drop their public funding so they could become financially independent – a dual role many commentators said was fraught with problems.

Critics have accused the couple of turning their backs on the monarchy to enjoy the freedom of being able to take on commercial ventures.

Thomas Woodcock, Garter King of Arms and the man who, alongside the Queen, approved Meghan’s coat of arms as Duchess of Sussex, said a halfway house arrangement is “unsatisfactory”.

Giving his personal opinion, he told the Times: “I don’t think it’s satisfactory. One cannot be two things at once. You either are (royal) or you’re not.”

Harry’s brother, the Duke of Cambridge, continues with a busy schedule of royal duties, a day after delivering a speech at a Buckingham Palace reception for summit delegates.

William movingly described how Africa was the place he visited after the death of his mother, Diana, Princess of Wales, and where he proposed to his wife, Kate.

He is also due to hold audiences as part of the summit at St James’s Palace and Buckingham Palace.

Face masks not recommended for general wearing by public 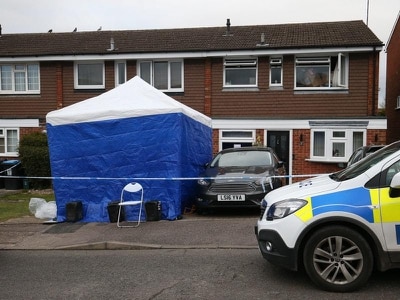