Insolvency experts at Deloitte had reportedly been lined up to take over as administrators if a rescue deal was not secured.

Eddie Stobart shareholders have approved a £55 million rescue sale in a bid to secure the future of its 6,500 employees.

The Carlisle trucking firm, famed for its green and red lorries, had been on the brink of collapse after struggling to deal with a £200 million debt pile and recent accounting errors.

Investors voted in favour of private equity firm Douglas Bay (DBay) Capital’s offer for the business in a crunch vote at a general meeting in central London on Friday.

DBay said it will inject approximately £55 million of new financing into the historic distribution company to provide “necessary liquidity” to continue to trade.

It said shareholders voted “overwhelmingly” in favour of the DBay offer – which had been backed by Eddie Stobart management – and both parties intend to complete the move as soon as possible.

The meeting saw the buyer go head to head with former Stobart Group boss Andrew Tinkler, who put forward an £80 million equity raise to save the troubled firm.

Insolvency experts at Deloitte had reportedly been lined up to take over as administrators if a rescue deal was not secured.

“Our main priority and focus is now continuing to deliver the high levels of services expected by our customers as we move into the busy Christmas period.”

A DBay spokesman said: “We would like to thank shareholders for supporting our transaction, which will bring immediate stability to the business.

“Eddie Stobart’s loyal staff are the best in the industry and we are pleased to be able to provide certainty over their jobs throughout the Christmas period and beyond.

“We would also like to thank the lenders to the company for their flexibility, which will be invaluable in returning Eddie Stobart to a stable footing.

Adrian Jones, national officer for road transport at the Unite union, said: “Unite is already in the process of seeking an urgent meeting with the new owners to discover what plans DBay have for the short, medium and long-term future of the company.

“Unite hopes that early discussions will pave the way for an improved industrial relations climate with Stobart’s.

“However, the new owners need to be fully aware that Unite will not allow profits to be ramped up at the expense of our members’ jobs, pay or conditions.”

The company was founded by Eddie Stobart in 1970 before its expansion was driven by his second son, Edward.

The logistics firm’s more recent history has been blighted by uncertainty.

The business was floated as Stobart Group in 2004 by Andrew Tinkler, who expanded the firm into new sectors, including buying Southend Airport.

In 2014, the trucking and warehousing arm was split off and sold to DBay Capital as Eddie Stobart Logistics, with William Stobart leading the firm.

Under his leadership, the company made a number of acquisitions before floating again in 2017, with a list of investors including high-profile stock-picker Neil Woodford.

Key moments in the history of the HS2 rail project 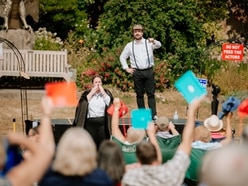 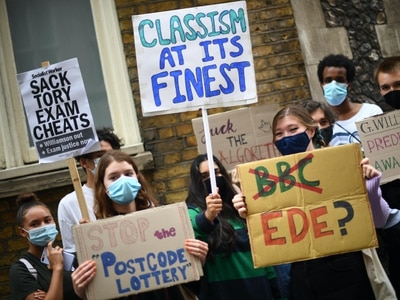