The Duke of Cambridge is on a four-day tour of the Middle East.

The Duke of Cambridge took to the high seas to learn about the role of Royal Navy sailors helping to protect British-flagged ships from Iranian attack.

William put on a life jacket for his speedboat ride along the Strait of Hormuz, where shipping – including a British-flagged tanker – has been targeted by Iranian troops.

On dry land, the duke was told how the Royal Navy is helping its counterparts in Oman monitor the waters responsible for the passage of more than 40% of the world’s crude oil cargo.

William, who is on a four-day tour of the Middle East, met Royal Navy officers at Oman’s Ras Musandam Naval Base, including Captain Richard Moss, responsible for the 90-strong contingent working with the Omani forces in the region.

Capt Moss said the tensions in the area showed no signs of abating, adding: “The Army are out here, the Air Force are out here, the Navy – all embedded with their counterparts, training, advising and assisting where possible.”

He went on to say: “The Royal Navy is escorting ships in and out of the Gulf, the navy of Oman is more of a presence and keeping a watching brief on what is happening.

“Oman has a big role in the maritime security of the lawful trade conducted through the Strait of Hormuz. We are helping develop the maritime capability and the capability of the royal air force (of Oman), but also surveillance so we know what is happening out there.”

A senior palace source said: “The Duke of Cambridge’s visit is of huge importance, standing shoulder to shoulder with the troops dedicating themselves and their work in the region.”

William arrived in Oman following a three-day visit to Kuwait, and after being greeted by a guard of honour at Khasab Airport, he travelled by helicopter to the navy base to board the Al Rasikh Corvettes ship.

It is one of three vessels responsible for patrolling the area catering for more than 100 cargo ships a day, which has turned into a flashpoint in recent months.

In September, a British-flagged oil tanker held by Iran for more than two months was released by Tehran.

The Stena Impero was seized by the Islamic Revolutionary Guard Corps in the Strait of Hormuz on July 19, accused of violating international maritime law.

The seizure came two weeks after Royal Marines were involved in an operation to detain an Iranian tanker, carrying £104 million worth of crude oil, on suspicion of it breaking European Union sanctions on Syria.

Gibraltar later released the tanker after it said Iran had promised the ship would not travel to Syria.

The maritime incidents came after months of heightened tension in the Persian Gulf, sparked by US President Donald Trump’s decision to withdraw from Iran’s nuclear deal last year.

Earlier, William ended his visit to Kuwait by visiting a military base to watch British troops and their Kuwaiti counterparts storm a building during dramatic urban combat training.

Wearing protective glasses and ear defenders, the duke had a ringside seat as he watched some of the fruits of Exercise Desert Warrior – a four-week long military event.

After his visit to the Omani naval base, William boarded an Oman air force Hercules plane to fly to the capital Muscat.

He was greeted by Sayyid Haitham bin Tariq Al Said, a member of the ruling family and minister of culture and heritage. 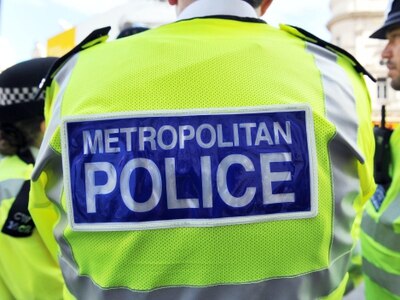