What were the best and worst moments for Johnson and Corbyn in the debate?

How did the party leaders fare when it came to Brexit, trust and the NHS?

Here are the best and worst moments for both leaders during the hour-long head-to-head debate.

The applause was loud when Mr Corbyn criticised the Tories for putting the NHS under “incredible pressure” and called for an end to privatisation and for proper funding.

He also evoked a powerful image when he discussed his friend, the campaigner Jayne Rae, who died from breast cancer days after describing being left in “extreme pain” in hospital without treatment for hours.

Perhaps his wittiest response was when the PM accused him of wanting to form a “chaotic coalition” with the SNP and, in a reference to the Conservative-Lib Dem government, Mr Corbyn replied: “We’ve witnessed nine years of chaotic coalition already.”

Mr Corbyn was under pressure over his stance on Brexit and whether there would be a further referendum on Scottish independence if Labour came to power.

When pressed by the PM, Mr Corbyn could not rule out another IndyRef if he became prime minister and could only say it would not come in the “early years”.

And, after declining to say whether he would campaign for any new Brexit deal he might broker with Brussels, Mr Corbyn was met with laughter when he said: “I’ve made the position clear.”

The Conservative leader repeatedly asked Mr Corbyn whether he would campaign for Leave or Remain in his proposed second referendum.

But Mr Corbyn repeatedly sidestepped the question, playing into Mr Johnson’s hand as he sought to suggest that Labour’s policy on Brexit is unclear.

Conservative cabinet ministers seized on the moment, with Michael Gove saying: “There was open laughter at Jeremy Corbyn’s failure to answer the questions on Brexit. People want Brexit done, they want an end to the paralysis.”

Questions about the Prime Minister’s private life – and his use of disputed figures – have prompted questions about whether he is a trustworthy character.

Audience members laughed when Mr Johnson answered a question about trust and personal integrity during the debate – and there were further chuckles when he said the truth matters in the election. 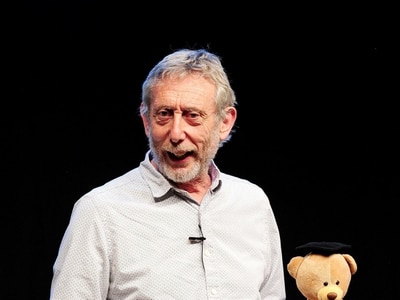