The committed Remainer said her decision was made reluctantly.

Liberal Democrat MP Heidi Allen has said she will not stand in the next general election as she declared that Brexit has “broken our politics”.

The former Tory said she is “exhausted by the invasion into my privacy and the nastiness and intimidation that has become commonplace”, adding that lines are too often crossed and the effect is “utterly dehumanising”.

Meanwhile, fellow former Conservative MP Sam Gyimah was selected to stand for the Lib Dems in the London constituency of Kensington, which would be a knife-edge battle if a general election gets the go-ahead.

Ms Allen told her South Cambridgeshire constituents, whom she has represented for four-and-a-half years, she “will not re-stand when the next general election comes”.

“But for the last eighteen months or so, the Brexit impasse has made business as usual impossible,” she wrote in a letter.

“Brexit has broken our politics and it is my firm belief that only a confirmatory public vote will bring an end to this sorry chapter and bring healing and light at the end of the tunnel.

Ms Allen, a committed Remainer, added: “But more than all of that, I am exhausted by the invasion into my privacy and the nastiness and intimidation that has become commonplace.

“Nobody in any job should have to put up with threats, aggressive emails, being shouted at in the street, sworn at on social media, nor have to install panic alarms at home.

“Of course public scrutiny is to be expected, but lines are all too regularly crossed and the effect is utterly dehumanising.”

The following month it was announced that she had been appointed interim leader but she left three months later amid reports of disagreements over strategy.

Her South Cambridgeshire constituency is traditionally a safe Conservative seat which she held with a majority of almost 16,000 at the 2017 general election.

Mr Gyimah was one of the 21 Tory rebels who were expelled from the parliamentary party by Boris Johnson when they aided efforts to get legislation to prevent a no-deal Brexit approved.

The former minister joined the Lib Dems last month and will now contest the Remain-backing Kensington seat on their behalf in what promises to be an interesting battle.

Labour’s Emma Dent Coad won the seat in 2017 – but only with a majority over the second-placed Tories of 20 votes. 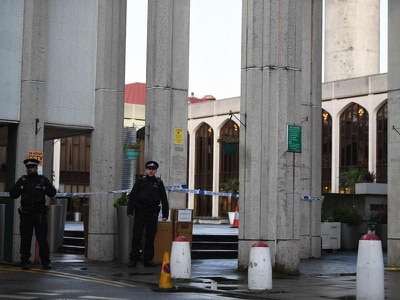