Officers from Counter Terrorism Police North West are leading the investigation into the attack at the Arndale Centre in Manchester.

It comes 10 months after a couple in their 50s suffered multiple stab wounds after being attacked by a terror suspect at Manchester’s Victoria Station on December 31 2018.

A 25-year-old man was arrested on suspicion of attempted murder and is due to face trial in November.

One of the UK’s most deadly terrorist attacks in recent years occurred on May 22 2017 when Salman Abedi detonated a suicide belt at the Manchester Arena.

The attack took place as a crowd of music fans left an Ariana Grande concert at the venue, leaving 22 people, including seven children, dead.

A further 260 people were seriously injured.

Meanwhile, in London, more than 51 people were injured when a device partially exploded on a District line train at Parsons Green on September 15 2017.

Ahmed Hassan, 18, was jailed for at least 34 years for planting the bomb.

On June 19 2017, one man died and several others were injured when Darren Osborne, 47, rammed his van into worshippers near a mosque in Fisbury Park, north London.

Osborne, of no fixed address in Cardiff, was jailed for at least 43 years after being found guilty in February of murder and attempted murder.

On June 3 2017 eight people were killed and 48 others were injured when three men ploughed into pedestrians on London Bridge in a van.

All three terrorists were shot dead by police in Stoney Street.

A jury inquest at the Old Bailey in July concluded that the three men were lawfully shot dead by police.

On March 22 2017 five people were killed in a car and knife attack in Westminster.

Khalid Masood drove a hire car over Westminster Bridge, near the Houses of Parliament, mounted the pavement and hit pedestrians before crashing into railings outside the Palace of Westminster. 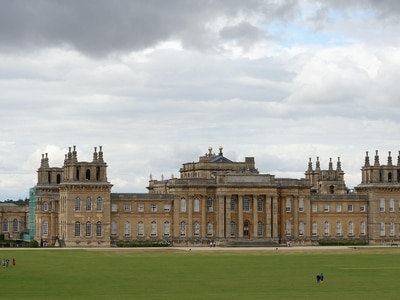