The Alyn and Deeside AM was found hanged at his home in November 2017, four days after he was sacked from the Cabinet.

The code for Welsh Government ministers will be changed to include a commitment to more support following the inquest into the death of Carl Sargeant, the First Minister has said.

Alyn and Deeside AM Mr Sargeant, 49, was found hanged at his home in Connah’s Quay, Flintshire, on November 7 2017, four days after he was sacked from his job as Cabinet Secretary for Communities and Children following “bombshell” sex claims he groped and touched women.

In July, senior coroner for North Wales (East and Central) John Gittins ruled his death was suicide but also issued a report for the prevention of future deaths to the office of the First Minister after raising concerns about the support available for ministers who lose their posts.

He said: “I’m concerned that not enough has been done by the Welsh Government to ensure that in the future, regardless of who is First Minister, consideration is given to providing clear channels of support and help to persons who lose their positions from office and whose removals will attract significant media interest and intrusion into their private lives.”

Mr Gittins found no official arrangements were put in place to support Mr Sargeant despite the probability that then-first minister Carwyn Jones knew he was vulnerable in relation to his mental health, having previously been diagnosed with depression.

In a response to the coroner’s report, current First Minister Mark Drakeford said he planned to add a new section to the Welsh Government’s Ministerial Code, called Ministers And Their Wellbeing, to provide “an explicit and public recognition of the pressures that ministers can face and a commitment to support them personally”.

He said he had consulted Mr Sargeant’s family as well as current and former ministers before reviewing the code.

Mr Drakeford said: “I recognise that the circumstances surrounding the tragic death of Carl Sargeant and the specific concern which you outlined to me in your report mean that, as First Minister, I have had a responsibility to look again at the process for ministers leaving the Cabinet and to consider what changes should be made.”

During the inquest at Ruthin County Hall, Mr Drakeford’s predecessor, Mr Jones, denied lying about the pastoral care provided to Mr Sargeant before his death.

Mr Drakeford said he would develop and adopt protocol for the appointment and dismissal of ministers and take particular care to consider the well-being of a departing minister if the circumstances of their departure were “difficult and high-profile”.

New measures will include information packs  given to departing ministers containing reminders of support services and details of a named official to act as a liaison point.

An induction programme was being developed and new ministers would be given the opportunity to discuss, confidentially, any particular pressures, Mr Drakeford said.

Following the conclusion of the inquest, Mr Sargeant’s son, Jack, said he felt his father had been “let down” by Mr Jones.

He said: “All too often politics have been at play with the sole aim of blackening a dead man’s name to protect another.

“Where has been the humanity in that?”

In a statement issued through his lawyers, Hudgell Solicitors, on Thursday, Jack Sargeant said the family welcomed the First Minister’s response.

He said: “It is clear to us that the current First Minister is taking his responsibility to promote and safeguard the welfare of ministers seriously and in such a way that was not in place at the time of Dad’s death.

“Of course, none of it is easy reading for us. We can’t help feeling that the slapdash and underhand approach taken by the previous first minister when removing Dad from government significantly contributed to his death.

“We hope that Mark Drakeford will now be the guardian of a kinder type of politics.”

UK sets out its stall for post-Brexit EU trade talks 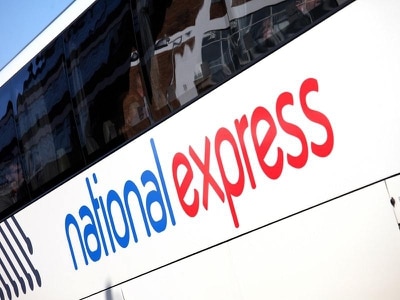 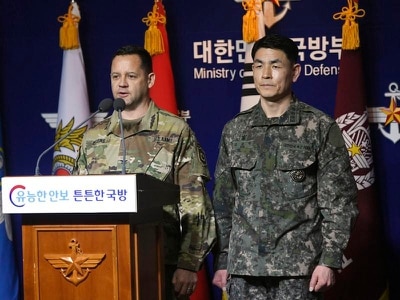