Care4Calais thinks UK officials setting up a kiosk on the continent to process asylum applications would tackle the ongoing migrant crisis.

Allowing migrants to claim asylum for the UK from France would stop the surge in perilous Channel crossings, according to a charity.

Care4Calais thinks UK officials setting up a kiosk on the continent to process asylum applications would tackle the ongoing migrant crisis and reduce the number of people trying to get across the water in small boats.

The charity has called on the Government to improve “safe legal routes” for refugees and said it is the “only way” to put a stop to trying to cross from France to the UK.

Founder Clare Moseley told the PA news agency: “They should be able to claim asylum (for the UK) while they are in France.

“Providing a safe legal route is the only way. Increasing security is a bigger risk. More security means more people get hurt and more people die.

“Boris Johnson’s comments calling these people illegal immigrants were inaccurate. They are asylum seekers. They are trying to get a legal claim heard.

“If there was a safe and legal way they would choose it.

“Many have family ties in the UK or can speak some English as opposed to French.

“The Government keeps saying it wants to shut the people smugglers down. That (processing applications) would do it.”

Her comments came as a camp in Calais was cleared by police on Wednesday and more migrants tried to cross the Channel.

The eviction prompted fears it could cause a spike in attempted crossings as displaced migrants turn to small boats to cross the Channel after losing their possessions and feeling they have nowhere else to stay.

The camp – a sandy grassland on the outskirts of Calais leading to a wood and a rubble wasteland dotted with tents where around 200 people had been living – is now expected to be fenced off to stop refugees returning, although by the afternoon some had already come back.

Osiama Mike, 27, has been there nearly two months and said he fled Nigeria after his father was killed by the authorities.

He told PA: “This place is terrible. I’m trying my best to go to the UK.

“I’ve tried four times to get on a truck but they catch me and take me back.

“The UK taught me how to speak English. I want to learn more. I don’t speak French.

“I want to study and be a lawyer.

“If I could speak to the UK Government, I would say, ‘Give me a chance. Please don’t allow me to stay here’.”

Gambian Zahar Ndure, 27, said he fled persecution and has lived in the camp for eight months and helps introduce charity workers to refugees when they visit.

He said he hopes to live and work in the UK, adding: “The problem is the people have no choice. When they see a boat, they will go.”

Another camp in a Dunkirk gym housing families with young children is expected to be evicted by police in the coming days.

Mrs Moseley said some had gone to Paris or Brussels in search of asylum, adding: “They don’t have anywhere to go now in Calais. That’s really difficult.

“The only reason they are coming to Calais is to get to the UK. They wouldn’t come here otherwise.

“They have this ‘now or never’ feeling. They are becoming desperate.

“They are waking up with nowhere to sleep. Their possessions have been confiscated.”

Some 21 migrants were picked up by UK authorities on Wednesday, the Home Office said.

Eight Iranian men were found at 1.30am and taken to Dover to be handed over to immigration officials.

Then at 7.40am, Border Force was alerted to another boat with 13 migrants on board – including three children.

One adult male was taken to hospital after becoming unwell while the others were taken to Ramsgate and handed over to immigration officials.

Meanwhile, French authorities said 51 migrants trying to cross the Channel were detained overnight on beaches around Calais, according to the BBC.

On Tuesday 86 men, women and children crossed – thought to be the most intercepted by UK authorities alone on a single day so far.

Border Force cutters are continuing to patrol the Channel while drones, CCTV and night vision goggles are used.

Last month, Home Secretary Priti Patel said urgent action was needed to put a stop to the wave of crossings, after she met French interior minister Christophe Castaner in Paris.

More detail on the action plan is yet to be released.

The Home Office declared the matter a major incident under former home secretary Sajid Javid and pledged millions of pounds to tackle the crisis, dispatching the three cutters.

A plan drawn up in January included a £6 million investment in security equipment, CCTV coverage of beaches and ports and a mutual commitment to return migrants under international and domestic laws, the department said.

But the number of migrants taken in by UK authorities so far this year is thought to have already passed 1,000.

A Home Office spokesman said it was an “established principle that those in need of protection should claim asylum in the first safe country they reach”.

He reiterated warnings that crossing the Channel in a small boat was a “huge risk” and the criminal gangs involved “are ruthless and do not care about loss of life”, adding: “We are working closely at all levels with the French authorities to tackle this dangerous and illegal activity.” 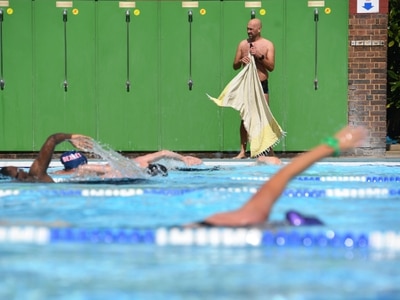