The Prime Minister told people crossing the Channel to enter the UK: “We will send you back.”

Boris Johnson’s warning that migrants would be sent back if they crossed the English Channel to the UK have been branded as “inflammatory” and “misleading” by campaigners.

The Prime Minister’s comments came after a surge in attempts – with nearly 100 people taking to small boats to try to make the crossing from France to the UK in one day.

Home Secretary Priti Patel is to seek talks with her French counterpart, the Interior Minister Christophe Castaner, to address the crisis.

Mr Johnson told reporters: “Clearly the most important thing is to stop them coming across from France, so we are working very closely with the French authorities.

“The point I would just make to people thinking of making this journey – one, it is very hazardous, you may think the weather looks great but it’s a very, very dangerous thing to do.

“The second thing is – we will send you back. The UK should not be regarded as a place where you could automatically come and break the law by seeking to arrive illegally.

“If you come illegally, you are an illegal migrant and I’m afraid the law will treat you as such.”

The UK has a legal obligation under what is known as the Dublin Regulation to ensure asylum applications lodged are examined and considered.

Campaigners said it was important applications were not “pre-judged”.

The Joint Council for the Welfare of Immigrants said: “The UK is perfectly capable of providing safety and a well-functioning, dignified welcome for desperate people trapped in limbo across Europe.

“Those who are forced to take dangerous means of reaching our shores have a legal right to have their voice heard and we should be creating safe and legal routes for vulnerable people to come.

“Johnson’s comment is misleading, designed to inflame tension and, if put in practice, would violate international law.”

Annette Elder, a partner at human rights law firm Elder Rahimi and a member of the Law Society’s immigration committee, told the PA news agency: “Clearly it’s not possible to say that everyone who crosses the Channel in small boats from France is going to be sent back.

“The UK is bound by legal obligations.

“This is another example of the way asylum seekers are criminalised. To talk about people illegally crossing the Channel – it’s inflammatory.

“It misrepresents the situation. Everyone has a right to seek asylum.”

One way Mr Johnson could seek to tackle the crisis was by resolving problems with legal processes so they worked more effectively, she added.

Dr Lisa Doyle, director of advocacy at the Refugee Council, said: “The fact that people are attempting to cross one of the world’s busiest and most dangerous shipping lanes highlights the sense of desperation that is gripping so many of the people stuck in northern France.

“It is vital that all governments in Europe work together to ensure that people do not feel forced to take such extreme and desperate risks, rather than threaten those who do.

“If the UK offered more safe and regular routes by which people can reach safety and be reunited with their loved ones here, they would not be forced to take these risks. This requires action by the Government, such as widening the definition of family members eligible to reunite under refugee family reunion rules.”

“Quite apart from the dehumanising language, there is nothing illegal about seeking sanctuary in the UK and it is shameful that we have a Prime Minister who says it is.

“We know that many of these people have fled persecution in Iran. For the Prime Minister to casually dismiss their rights to asylum with no evidence whatsoever is unlawful and inhumane.”

She said the way to stop the crossings was through an “an effective and compassionate response” with safer legal routes to sanctuary and a “stronger” Border Force.

Downing Street refused to comment further and a spokeswoman said “we cannot elaborate” when asked by PA if the Prime Minister was proposing the UK breached its legal responsibility in this matter.

The Home Office said it was an “established principle that those in need of protection should claim asylum in the first safe country they reach”, with a spokeswoman adding: “We will continue to seek to return anyone who has entered the UK illegally.”

Last month, when questioned by the Home Affairs Committee, the then home secretary Sajid Javid said in 2019 up until July 21 there had been 1,150 attempted crossings, with 725 people arriving in the UK and 425 intercepted by France.

Since January the Home Office said it has returned “more than 65 people who arrived illegally in small boats” to Europe.

UK and French authorities were called to at least seven incidents on Thursday involving 94 people – including several children – who were trying to cross the water from France to get to the UK. The wave of attempted crossings continued on Friday.

The crossings came as official figures were published on immigration to the UK from the EU – with data showing the number of people offered asylum and other forms of humanitarian protection by the UK has risen to its highest level since 2003. 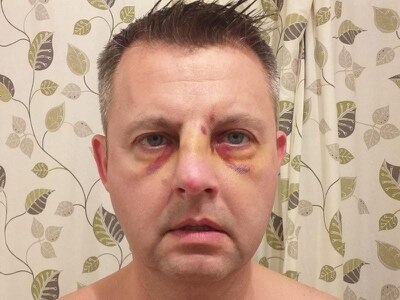