Lord Bramall, a victim of Beech, who was convicted of perverting the course of justice, had to endure a police search and interview under caution.

Police contributed to the perversion of justice in the case of Carl Beech, one of the victims of his lies about a murderous paedophile ring said.

D-Day veteran Lord Bramall was subjected to a police search and interview under caution four years ago after allegations made by Beech.

The 95-year-old said it was ridiculous that the police officers involved had managed to retire without facing any disciplinary action.

“The police contributed to the perversion of justice. They didn’t go out to pervert the course of justice but the way they handled uncorroborated evidence lent more credibility to Beech’s statements than they deserved,” Lord Bramall told the Daily Mail.

Jurors at Newcastle Crown Court were unconvinced by Beech’s claims that Army generals, at the height of the IRA terror threat, could sneak off unguarded to join horrific child abuse sessions.

They saw a videoed police interview with Lord Bramall where the war hero, now too ill to give evidence, thumped the table in front of him and denied having any sexual interest in children.

He also spoke to the Telegraph after the verdict, saying: “I am naturally delighted that after four years someone has at last been brought to book for the appalling travesty of justice which I and my whole family and others have had to endure.”

Lincoln Seligman, godson of former prime minister Ted Heath, who was also accused by Beech, said the allegations had affected him, his family and Sir Edward’s friends.

“What I find astonishing is that senior police officers in the Metropolitan Police and politicians like (Labour deputy leader) Tom Watson, and some elements of media, believed Beech and made frequent public statements to that effect,” he said.

“Those who were being investigated by the police watchdog have been let off scot-free.”

Mr Seligman said he and his family have taken comfort from the verdict which makes clear Sir Edward was innocent.

Beech had told detectives over hours of tearful interviews that his late stepfather, an Army major, raped him, then passed him on to generals to be tortured at military bases and sadistically sexually abused by other establishment figures in the 1970s and 1980s.

A jury took just four-and-a-half hours to convict Beech of perverting the course of justice and one count of fraud.

The jury rejected Beech’s unfounded allegations and convicted him of 12 counts of perverting the course of justice and one of fraud, relating to a £22,000 criminal injuries payout he falsely claimed for being raped by Savile.

The 51-year-old divorced father from Gloucester will be sentenced at Newcastle Crown Court on Friday for these offences, as well as indecent images charges and bail offences for absconding to Sweden.

Beech. who had worked as a school governor and NSPCC volunteer, was due to be tried on indecent images and voyeurism charges last summer but went on the run to Sweden, where he bought two remote properties and tried to evade justice using false identities.

He did not visibly react when the guilty verdicts him were returned. 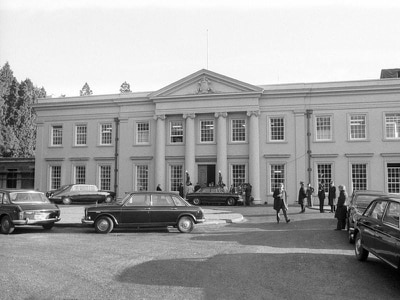