The duck house, the moat and the toaster: a decade of dodgy expenses claims

Tory MP Christopher Davies is the latest politician to be convicted over Parliamentary expenses claims.

Conservative Brecon and Radnorshire MP Christopher Davies has been convicted over Parliamentary expenses claims. Almost 10 years since the scandal first broke, the Press Association looks at other politicians who have faced allegations and criticism:

The Conservative MP for Totnes said he would not stand for re-election after it was revealed in 2009 that he had spent £87,729 in four years towards the upkeep of his £1 million mansion.

Costs passed on to the public purse included tree surgery and a wrought-iron fireplace, but Mr Steen said he did not know “what the fuss is about”.

He said people were “jealous” of his “very, very large house”, adding: “What right does the public have to interfere with my private life? None.”

He was later given a CBE for his work tackling human trafficking.

The former Luton South MP falsely claimed more than £50,000 in expenses, a jury ruled, but it was unable to find her guilty of the offence as she was deemed not fit to stand trial in 2012.

She previously announced that she was standing down after days of public anger over claims of £22,500 for treating dry rot at her partner’s home in Southampton, 100 miles from both her constituency and Westminster.

Moran said the “understandable public anger” over MPs’ expenses had caused her “great stress” and “seriously worsened my existing health problem”, resulting in her not formally standing trial.

Not an MP, but a senior Conservative Party official, Little was found guilty in January 2019 of falsifying election expenses in a bid to defeat then-Ukip leader Nigel Farage.

The 63-year-old was convicted in the trial of Tory MP Craig Mackinlay, who was acquitted of breaking electoral rules in his 2015 South Thanet campaign against Mr Farage.

Little, who had worked for the party since 1974 and was held in high regard by Tory top brass, was handed a nine-month suspended jail sentence and ordered to pay £5,000 towards the “very substantial” prosecution costs.

The then-home secretary became the first Cabinet casualty of the MPs’ expenses scandal, after it was revealed she told prime minister Gordon Brown within days of revelations about her finances that she wanted to quit the g+overnment in a reshuffle.

Sources close to Ms Smith said she was so hurt by the revelations in March 2009 – including the humiliation of repaying the £10 her husband, Richard Timney, who worked as her assistant, claimed for watching two adult films – that she told Mr Brown just days later that she wanted to quit.

Ms Smith was also criticised for claiming that her main residence was a rented room in the property she shared with her sister, allowing her to claim the second home allowance on the family home in Redditch, Worcestershire.

The trio were landed with massive bills to repay legal aid and prosecution costs in 2011 following their convictions for fiddling their expenses.

A judge at Southwark Crown Court ordered that Chaytor, former MP for Bury North, and Morley, a former environment minister and ex-Scunthorpe MP, should each pay prosecution costs of £23,176, with Illsley, ex-MP for Barnsley Central, ordered to pay £12,178.

No orders were made against Jim Devine, former Labour MP for Livingston, after the court was told that he was bankrupt.

The life peer and former Tory member was jailed for expenses fraud in 2011.

He was later accused of wrongly claiming around £3,300 in expenses in 2013, but was cleared after Parliament intervened.

He later told a newspaper: “People are making a mountain out of a molehill. I may have made a mistake in the past but I am still being penalised for it.”

The MP for Gosport’s bill for a floating duck house became a symbol of the 2009 scandal and forced him to end his Commons career.

The Tory grandee claimed £1,645 for the item, which appeared as a “pond feature” on his list of expenses.

It was disallowed by the Fees Office.

The Tory former Cabinet minister, whose bill for moat-clearing was seen as another example of largesse, switched the designation of his second home in 2008 from his Lincolnshire manor house to a property in London.

In addition to what he described as “core expenses” of £1,091.42 a month – including £759 service charges and £40 a week for cleaning – he put in a series of claims for household items. 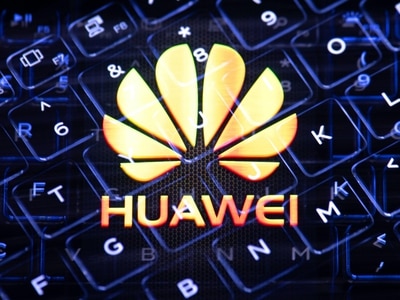