O2 outage: How to claim compensation

Ofcom said customers affected by the mobile network’s service outage may be entitled to compensation ‘in some circumstances’.

O2 customers affected by the mobile network’s data outage could be in line for compensation over the loss of service.

British customers reported not being able to use mobile data to access the internet and the operator’s network on Thursday after disruption began at about 5am, with full service not returning until early on Friday morning.

Guidance from regulator Ofcom said that, depending on circumstances, it “may be appropriate” for mobile networks to offer some form of compensation for loss of service.

O2 said it would update customers later on Friday on how “we will make yesterday’s data service issue up to them”.

Customers wishing to complain should follow a company’s formal complaints procedure – usually completing an online form or phoning the company directly – details about which Ofcom says should be available on the firm’s website.

If customers are not happy with how a complaint has been responded to, or it takes more than eight weeks to be resolved, a further complaint can be submitted to an independent Alternative Dispute Resolution (ADR) scheme.

In the case of O2, this is Ofcom-approved Ombudsman Services: Communications, which reviews a case and comes to an independent decision on it, usually within six weeks.

Sky Mobile, one of the operators affected by the outage as it uses O2 network, has already confirmed it will compensate customers with a day of free unlimited data.

“We’re really sorry for the issues you experienced on Sky Mobile yesterday,” the network said.

“We’re giving you a day of free unlimited UK data this Saturday 8 Dec, so you can catch up on all the things you’ve missed. You don’t need to do a thing.” 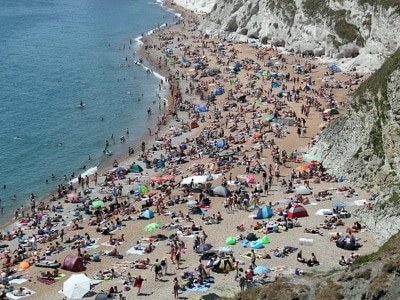