Roads across the county are facing upheaval as safety improvement projects are carried out over the next year, Shropshire Council has announced.

The authority has revealed 15 proposed schemes it intends to carry out. Most of the work will involve improving signage and lines, resurfacing, better access for pedestrians and changes to speed limits.

In North Shropshire, the A41 at Sandford will have a 40mph limit and new signs. Bridgnorth’s Wolverhampton Road, the A456 near Burford, and routes in Shrewsbury, Shifnal and Tong are also on the list.

The proposed work comes just months after Shropshire Council revealed its transport capital budget had been reduced by £5 million in each of the next two financial years, and officers have faced the difficult decision of prioritising which schemes will go ahead in 2019/20.

The council says the chosen initiatives have been derived from its ‘killed or seriously injured data’ and the identified accident cluster sites within the county.

Today a transport expert welcomed the schemes but said to truly make the county a safer place, a 20mph speed limit needs to be adopted in residential areas.

Professor John Whitelegg, who lives in south Shropshire, said: “Fifty council areas, including most of the West Midlands, have adopted a 20mph approach and it works. It is well-proven.

“These smaller schemes like installing flashing signs have a very low impact and make no difference to the safety of the most vulnerable people like pedestrians, cyclists and children.

"The logical and sensible thing to do to make Shropshire a safer place is to adopt a 20mph policy. Of course I welcome anything that makes the roads safer but I want to see it safer for everyone in Shropshire, not just a select few.”

Shropshire Council is awaiting comments from West Mercia Police and will then circulate the list to town and parish councils for their views before any work commences.

There may still be revisions to the programme following feedback from local councils.

The authority is planning a programme of works to improve the safety of 15 roads in Shropshire over the next year.

Weston Road in Morda, near Oswestry, is one of the roads that the council is proposing to improve in 2019/20 by reducing the speed limit from 60mph to 30mph.

Morris Parker, who lives on Weston Road, is hopeful the scheme will now finally go ahead after years of campaigning.

Shropshire Council originally signed off safety improvements two years ago but it has been pushed back a number of times.

“I have heard this many times before,” said Mr Parker, who has been campaigning for many years.

“I understand the council’s struggling because of the budget and some things have to be cut, but something needs to be done with this road.

“My wife and I moved here in 2014 and were horrified at the speed some people drive down Weston Road.

“It’s not suitable for 60mph because there is no pavements but it is used by lots of pedestrians.

“Fingers crossed this time we will actually see something done - but I do have my doubts.”

Councillor Andy Boddington for Ludlow north, said the welcomed decision follows site meetings where parents, governors and councillors pressed the case for action to reduce the risk of accidents on the busy road.

“Sandpits Road is busy, including with heavy traffic from the Western Power Distribution depot off Riddings Road,” he said.

“Parents and councillors have been pressing for action for a while as peak traffic flow on the road tends to coincide with the start and end of the school day, especially in the afternoon.

“The scheme will involve installing a raised table – raising the level of the road outside the school for a few metres to slow traffic down. Lines will be repainted and new signs put in place.

“The yellow zig zag lines outside the school are advisory and not currently enforceable.

“There is talk of a countywide traffic regulation order to ensure that yellow zig zags can be enforced.

“Better still would be for parents and other vehicle owners to be considerate and park away from the school entrance.”

He said: “There are a number of things that could be done to increase road safety and things like better road markings and additional warnings around junctions and crossroads will be a welcome addition to our roads.

“Anything the council can do to increase public safety and make our roads safer and easier to drive on is always a positive move.”

However, leader of Shrewsbury Town Council and Shropshire Council’s Labour group, Alan Mosley, said it is disappointing to see a number of important schemes across the county being cancelled or delayed.

He added: “Work on these schemes is welcomed however the list represents a very small number compared to the original list. The swingeing cuts in the highways budget resulted very many important road safety schemes being cancelled.

“For example, the cuts affected my area of Castlefields in Shrewsbury with two schemes cancelled, including a safer schools scheme covering two busy primary schools.

“It is also unfortunate that in future the only criteria for consideration in prioritising road safety scheme will be the number of accidents and injuries.

“So even where significant hazards are identified action might not be taken without that evidence.”

New Bridgnorth petrol station given the go ahead 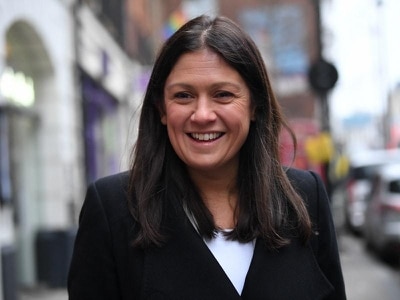