Owen Paterson retained his seat as the MP for North Shropshire with a record majority. 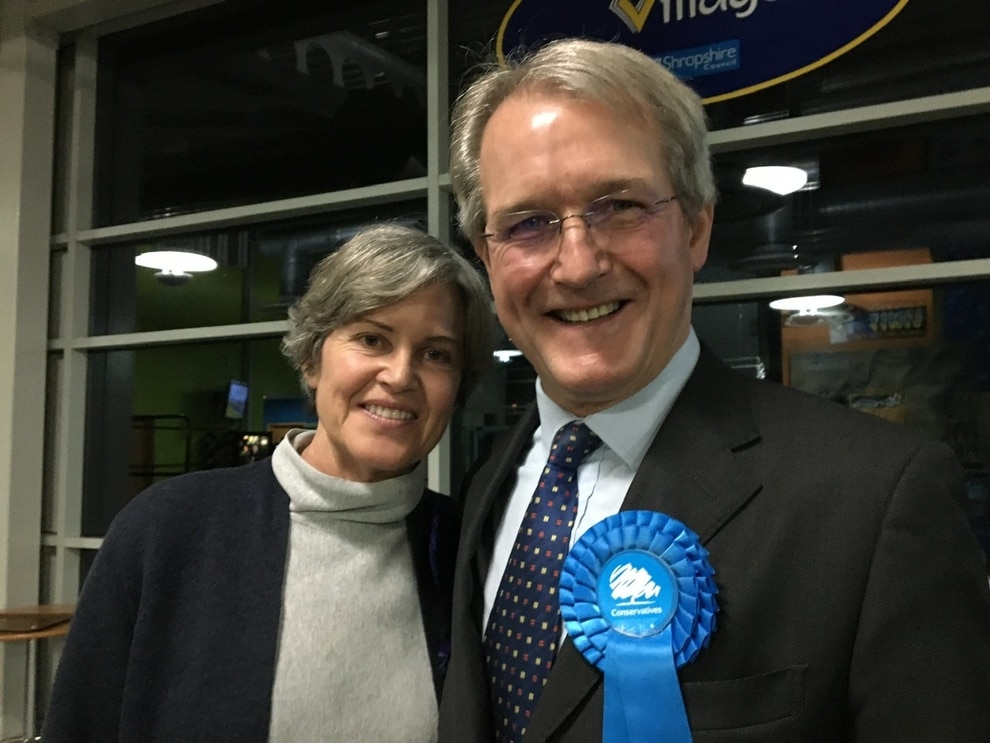 Owen Paterson and his wife, Rose 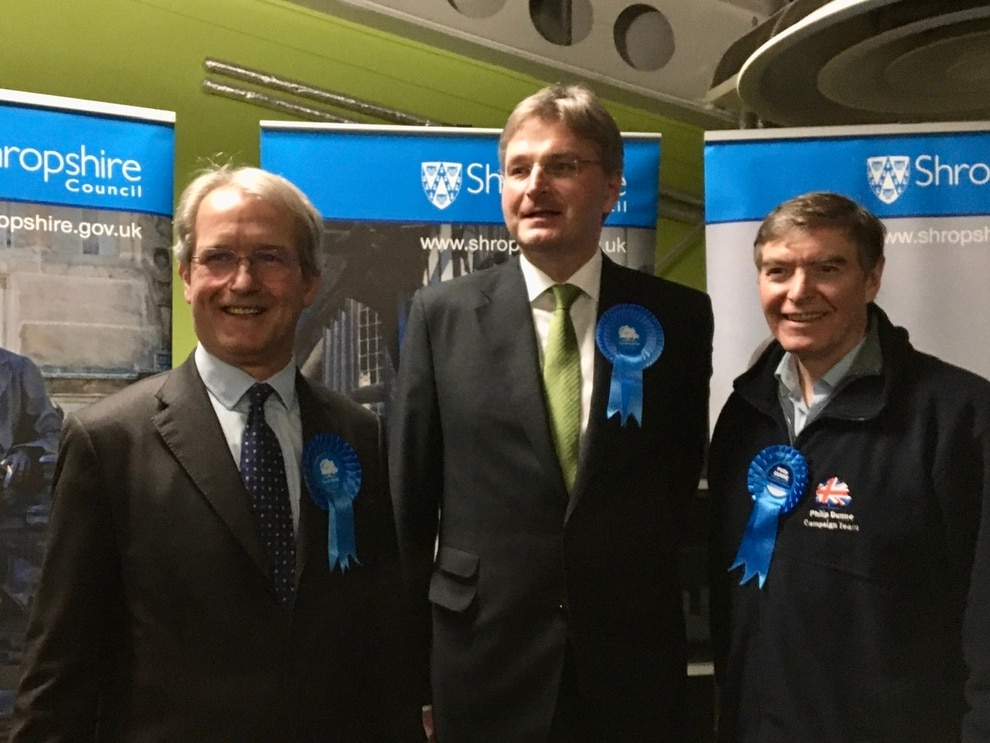 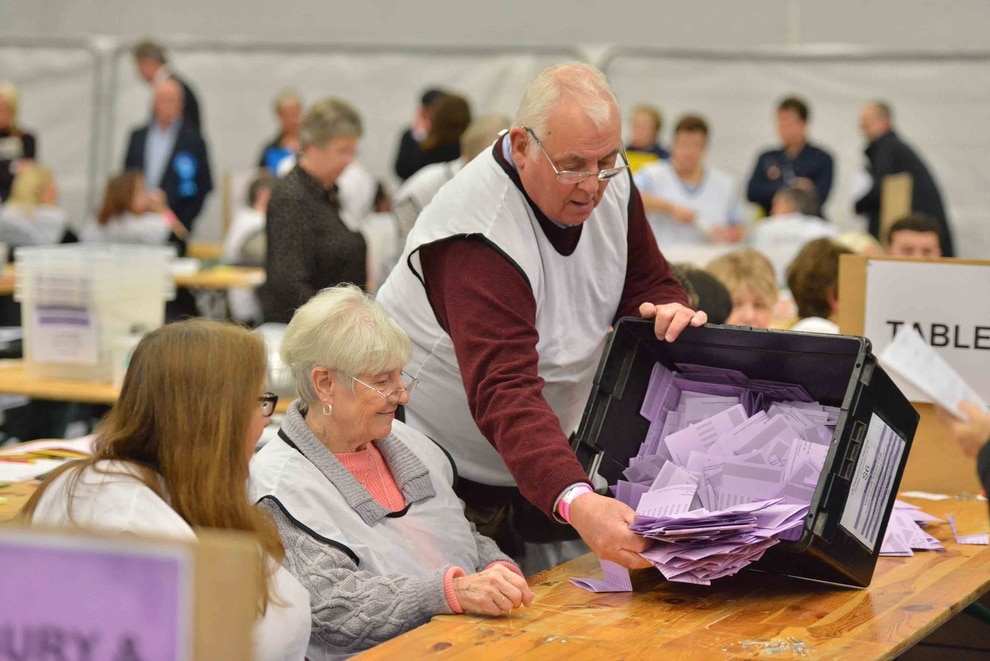 The count at Shrewsbury Sports Village 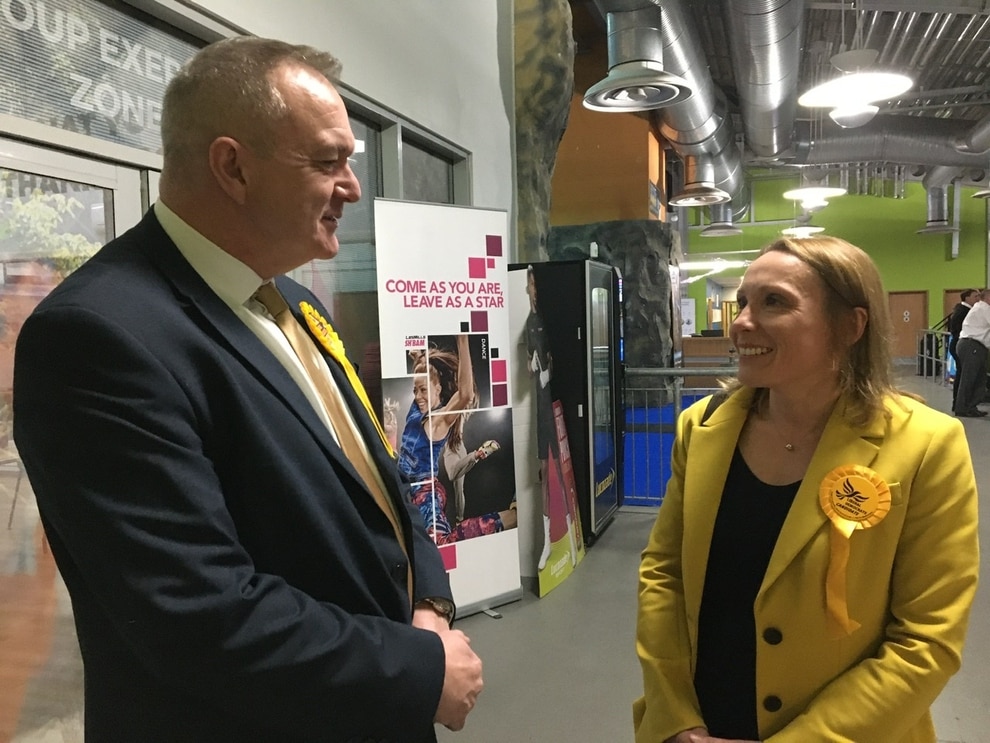 Mr Paterson has been the area’s MP for 22 years, but has never won a majority as large as the 22,949 he won last night. The staunch Eurosceptic said he is now looking forward to seeing an end to the stalemate over Brexit.

“The British people have sent an astounding message that we have to deliver Brexit,” he said. “This is the third vote – a referendum and two general elections – where the people have voted for us to leave the European Union.

“Businesses have told me they have been holding back waiting to get on with building the economy and here in Shropshire we can move forward.”

The MP’s 35,444 votes were almost three times that of the second candidate, Labour’s Graeme Currie who polled 12,495 votes.

Mr Currie said he was devastated but proud of the campaign that the party ran in North Shropshire.

“Despite the result we have seen a revitalisation of the Labour party in Oswestry,” he continued.

“We have had a wonderful group of people out on the streets canvassing. There has been particular support from young people. It is their future we are working for.”

“We are going to pick ourselves up and move forward.”

Lib Dem candidate Helen Morgan said: “People have voted for what they feared least, not for the party they believe in.”

“This election has been about Boris Johnson and Jeremy Corbyn and it seems that a very real fear of a Corbyn government led to the Conservative vote.”

There was a stark warning from the Green Party candidate, John Adams, who said he feared for the planet under the Conservative government.

“The mainstream parties have taken on board many of our Green policies during their campaigning. But now the government must act to protect the planet and I fear they simply won’t put these policies into place.

“Talking to people of all parties on the doorsteps they were very supportive of the message from the Green Party. But we can not just do lip service we must act.”

Graeme Currie to stand for Labour in north Shropshire