The Conservative candidate for the North Shropshire constituency said he has the backing of Market Drayton farmers in calling for Brexit to be resolved. 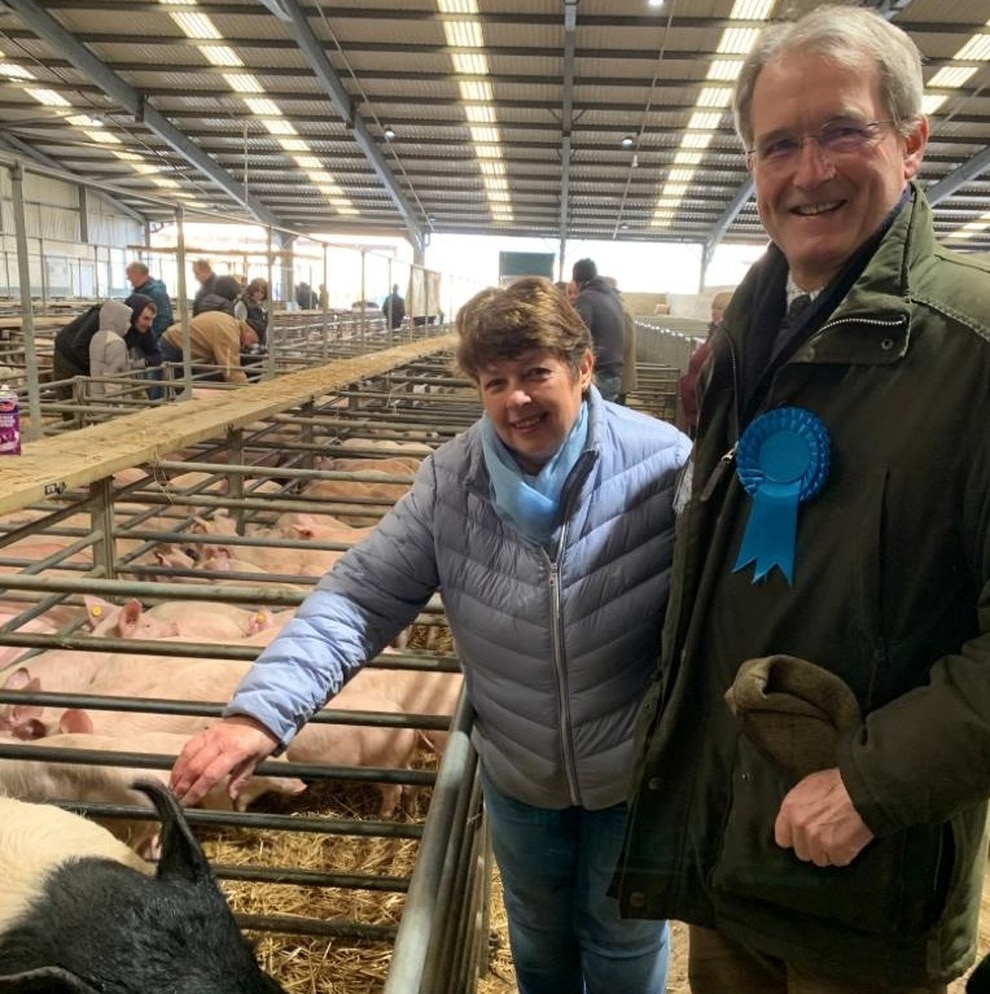 Owen Paterson at a pig sale in Market Drayton 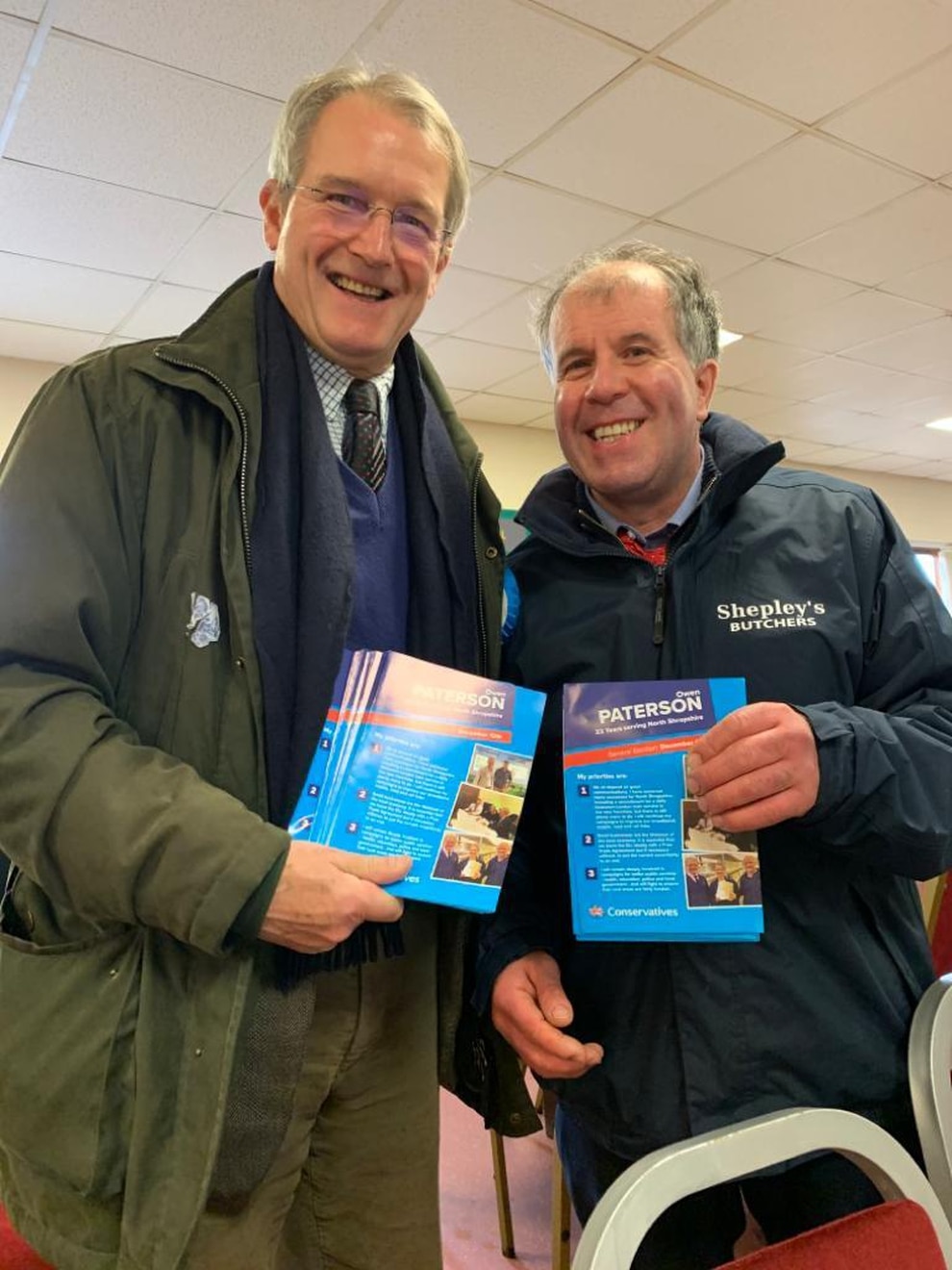 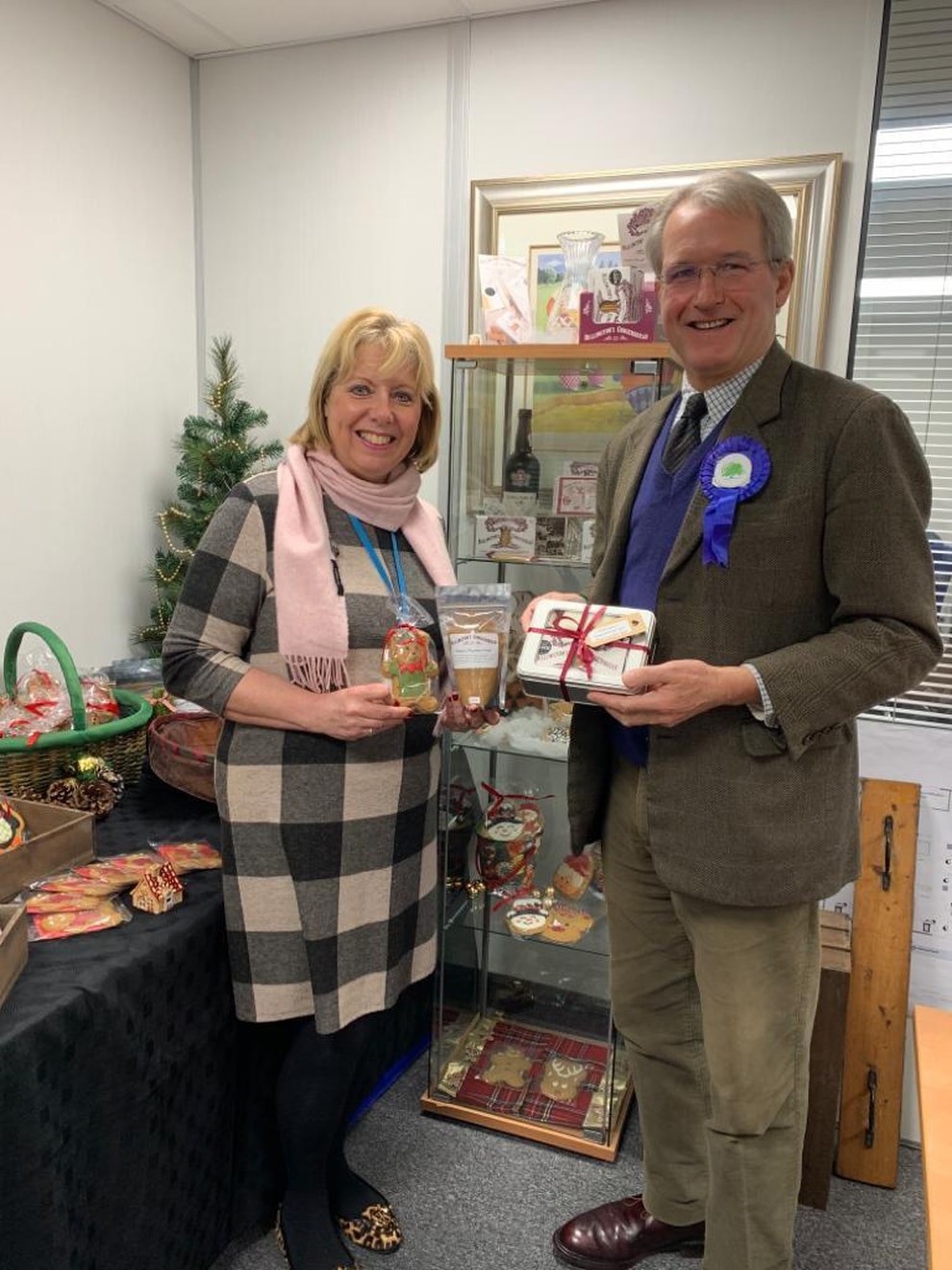 Owen Paterson, who has held the seat since 1997, was on the campaign trail in Market Drayton where he met farmers at a pig sale.

He criticised the EU as a "museum of world farming" and claimed that if Britain leaves the European Union, farmers will be able to use genetic technologies to make pigs more productive.

After speaking with farmers in the town, he said: "Drayton is a key market for the whole area; for Stafford and Cheshire and everywhere else.

"The main thing this election, and I hear it everywhere I go, is to 'get Brexit done' and end the uncertainty. Farmers are more worried about this than about anything else.

"I've just come from Woore. Again and again, it comes up – the uncertainty."

Mr Paterson blamed the "messing around" of MPs trying to prevent Britain leaving the EU for what he says is anxiety over the future of farms in the area.

"People really want to know where they stand," he said.

Mr Paterson said that the only way to "deliver Brexit" was with the Conservative Party. He criticised the Liberal Democrats' policy position of revoking Article 50 of the Lisbon Treaty, and Labour who he said were "all over the place".

"The opportunities for farming [of leaving the EU] are tremendous, there are technologies that are currently stopped by the EU," he said.

"We will be able to be open to new technologies."

These technologies include genetic modification to "improve the productivity of our plants and our animals and improve our environmental quotas", he said.

"I'm absolutely clear that the future of farming and food is absolutely much more bright outside the EU.

"The EU is basically a museum of world farming, it is hostile to new technology."

Mr Paterson also found time to visit some businesses while in Market Drayton, including gingerbread experts the Original Biscuit Bakery.

He said they were "really busy, expanding range and planning to take on more staff in 2020".

Great to visit @originalBBakers, who are really busy, expanding range and planning to take on more staff in 2020. pic.twitter.com/GYJxQWN0TS

He also spoke with Scott Shepley of the "thriving local business" Shepley's Butchers.

While in nearby Woore, he re-stated his opposition to the HS2 rail project. A review into the project was commissioned but a decision on whether or not it should be completed will not be taken until after the general election.

Mr Paterson said the village would be "significantly affected" by an increase in HGV traffic from the vehicles supplying the railway's infrastructure.

"We have got this review going on, I've written to the review," he said.

"I have raised it once and if I get the opportunity I will raise it again."