Here we are, with the self-declared finest of health care systems, the NHS, a gold standard which is the envy of the world.

And what does The Don say? He wouldn't touch it with a bargepole. If you offered it to him for free, he would run a mile.

Or to quote him directly, to avoid being accused of fake news: "If you handed it to us on a silver platter, we’d want nothing to do with it.”

It's a devastating blow for Boris Johnson as he tries to convince electors he is a safe pair of hands for the NHS.

Whatever the problems of the NHS, you could hardly conceive that the insurance-based, paid-for American alternative could possibly be preferable, even to Americans, although I suppose if you are a billionaire like Donald it does alter your perspective somewhat.

And the screaming DTs will probably change his mind in a few days and deny he ever said it.

In other election news Jeremy Corbyn finally said sorry for anti-semitism in Labour. The effect of the apology was dented by the fact that it had to be extracted from somewhere deep in his larynx in a complicated and extended operation conducted by Philip Schofield facing a struggling and reluctant patient.

As he has said sorry in the past, the reason that Mr Corbyn was so reluctant was probably because he didn't want to subscribe to a no-win campaign agenda in which he is portrayed as the party leader who has had to apologise for anti-semitism.

If he dodged and ducked, as he did with Andrew Neil, using the slippery formula that he condemns all racism, news bulletins would – and did – carry headlines that he refused to apologise. If he did say sorry, they had the ready-made damaging headline: Corbyn Apologises for Anti-Semitism.

It's one of those questions for which, if you are a politician, there is no good answer.

So that's why before he went on air Jezza's spin doctors probably gave this advice: "For heaven's sake, don't say anything! If in trouble simply drone on quoting from the manifesto."

My personal advice, by the way, with these no-win questions is to baffle and misdirect interviewers with surrealism, e.g. "Hate the Queen? Of course not – I am the Queen!"

And still the hunt goes on for Boris Johnson. The real Boris Johnson, that is. Talking about pre-programmed news agendas, TV crews and reporters following him around on the campaign already have the first few lines of a standard Boris news story drafted out: "Boris Johnson committed another gaffe today when... " (insert latest gaffe).

I have predicted that as sure as night follows day, Boris will blow up at some point. I have to admit that with only a few days to go to polling day, he is leaving it late.

Come on Boris, escape from those shackles. Don't let your aides tell you what to say and, more importantly, what not to say.

It is possible of course that the real Boris has been locked in the Downing Street cellar and what we are seeing is a lookalike.

If so, Bogus Boris got to play the role of statesman at the Nato summit, the tetchy goings on at which reminded me of that scene in Dr Strangelove where President Merkin Muffley says: "Gentlemen, you can't fight in here! This is the War Room!"

Finally, I just have to mention Labour's policy unveiled this week of giving free breakfast to over a million children at primary school, if only because it gives me a chance to give their campaign a catchy label: Get Breakfast Done.

Reader Bill Kerswell points out that the RAF jets scrambled to intercept an unresponsive aircraft heading for London – and waking half of southern England up with their sonic booms – came all the way from Lincolnshire.

This, he says, is a consequence of the closure of various closer RAF bases.

At supersonic speeds I can't imagine it takes long to cover the 100 miles or so from RAF Coningsby. But such speeds will surely have drunk the fighters' fuel, leaving less "time on task."

Compare things today with the Battle of Britain when the capital was surrounded by on-the-spot air bases like Hornchurch and Kenley.

There has only ever been one truly supersonic, truly British, operational fighter, the English Electric Lightning.

The one constant of the Lightning was that it was perilously short of fuel.

In the wake of the swarm of bees which descended on the Lib Dems' campaign bus, I have been researching ways to control these normally harmless creatures.

Jo Swinson tried honey – that is, being all reasonable and talking to them. For her troubles, the bees accused her of being patronising.

Jo showed her naivety. You can speak to plants, and they will respond, but bees are more edgy.

Beekeepers use a simple device which sprays them with smoke, which calms them down.

This is where the Lib Dems went wrong with their electrically powered battle bus. A diesel bus would have provided a protective layer of fumes to keep the bees at bay.

With the bees gassed and disorientated by harmful emissions, you buy yourself time and avoid their sting.

But the best advice is: A. avoid stirring up the hive in the first place, or B. run away.

Quarry expansion near Shrewsbury is approved 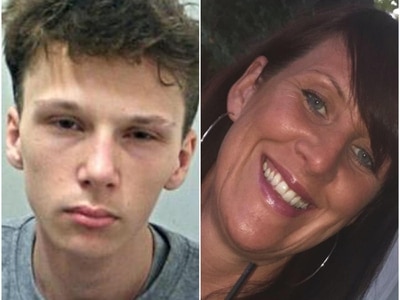