Telford MP Lucy Allan is calling on a supermarket to abandon a controversial move to put number plate recognition cameras on its car park.

Morrisons in Lawley has been given permission for the cameras – which will limit the amount of time people can park in the car park – by a planning inspector.

The plan had initially been rejected by Telford & Wrekin Council, leading the firm to appeal to a planning inspector.

Ms Allan has said she is now writing to the chief executive of Morrisons urging a re-think over the plan.

Posting on Twitter she said: "I am writing to CEO of @Morrisons to ask them to reconsider and to set out the impact for the Lawley community of this decision."

I am writing to CEO of @Morrisons to ask them to reconsider and to set out the impact for the Lawley community of this decision. https://t.co/wrJmkEsyLQ

It comes as the move has sparked a furious response from some residents, with Lawley and Overdale Parish Councillor Lee Vidor, cutting up his own Morrisons card and urging a boycott of the store.

In a Facebook post accompanying a picture of his destroyed card, he said: "It is understood that there will be a limit set of three hours with no return in 24 hours.

"This will have a detrimental impact on the whole Lawley Village Community who rely on this car park. There is a large number of users, including but not limited to: Lawley Square visitors; local schools; businesses and local shops; employees and workers; doctors and dentist over flow; residents; local community groups.

"Removing these from the car park will increase congestion and inappropriate parking on the surrounding highways and streets."

He added: "We all have to send a message to Morrisons. My family spend hundreds in their store every week; not any more! #Boycott the store and show them this is not acceptable!"

A Morrisons spokeswoman said: “Customers have told us that they find it difficult to find a space in the car park during busy periods. In response, we proposed a new car park system which requires planning permission for camera poles and car park signage.

“Although the camera poles have been approved by the planning inspector, we still await a decision on the proposed signage before we can consider installing the cameras.

“We continue to listen to our customers and the community and will review their comments before any changes are made to the management of the Lawley Square car park.” 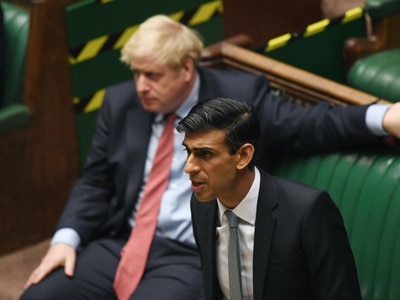