Perils of publicising your kitchen cabinet

IT doesn't look particularly appealing by modern standards. The dingy floral wall covering, the old-fashioned kettle on the gas hob, the curtains slightly askew. But that picture of Margaret Thatcher washing up in a cramped-looking kitchen was a stroke of public relations genius. 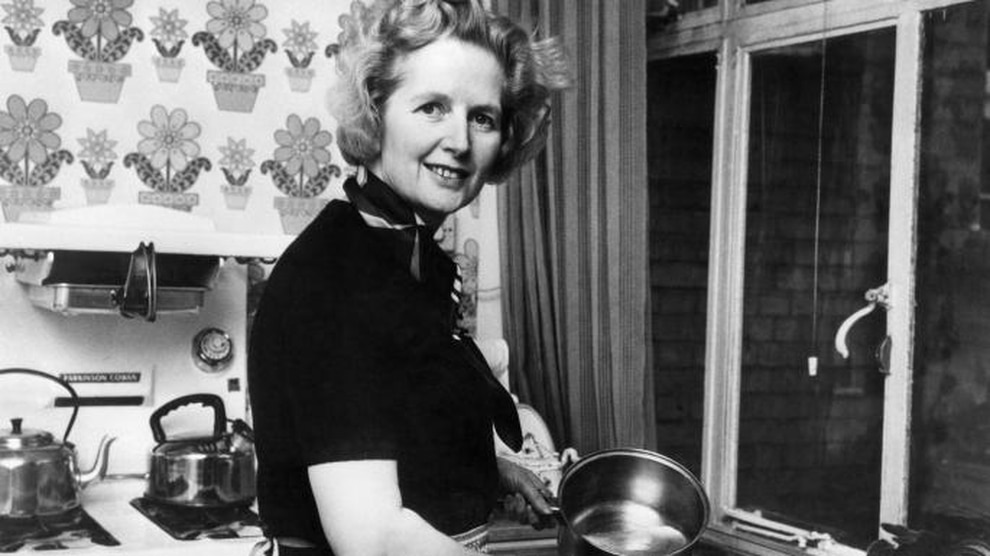 Margaret Thatcher pictured at home in 1974 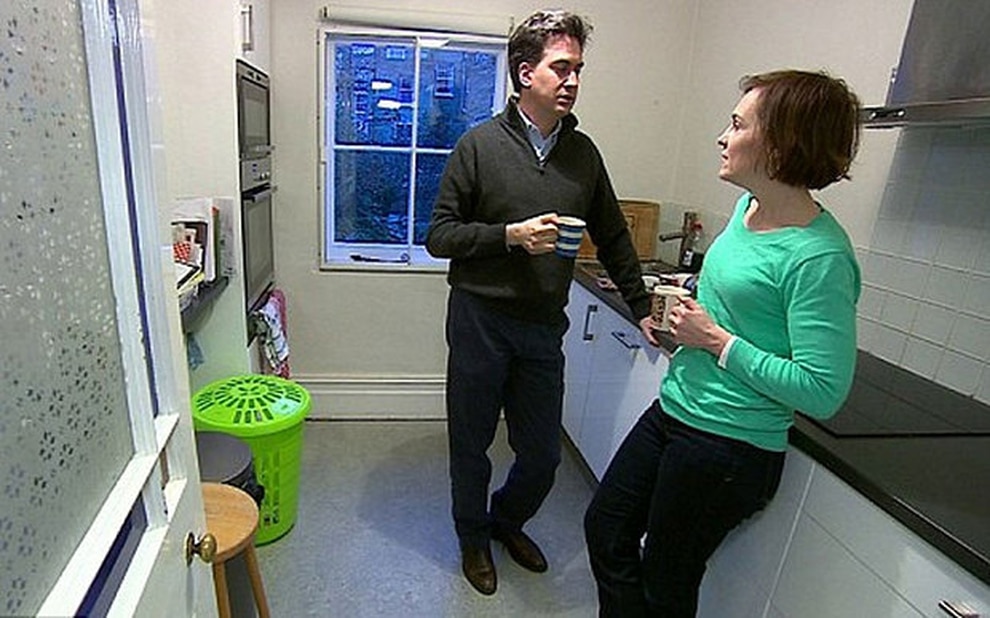 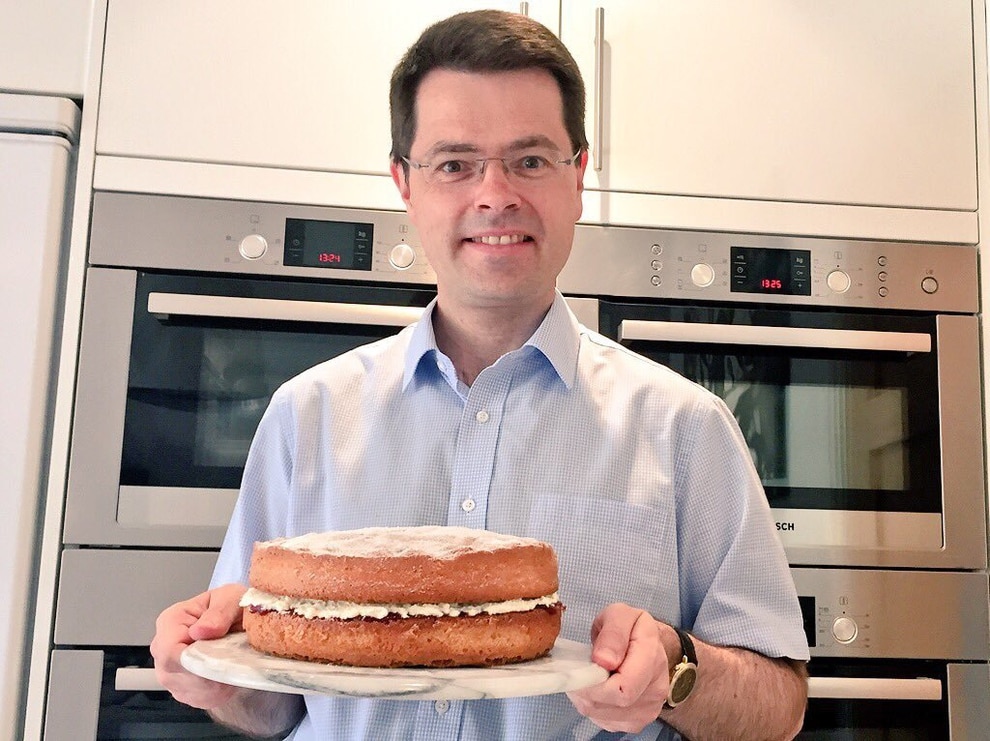 The perils of being overshadowed by your oven 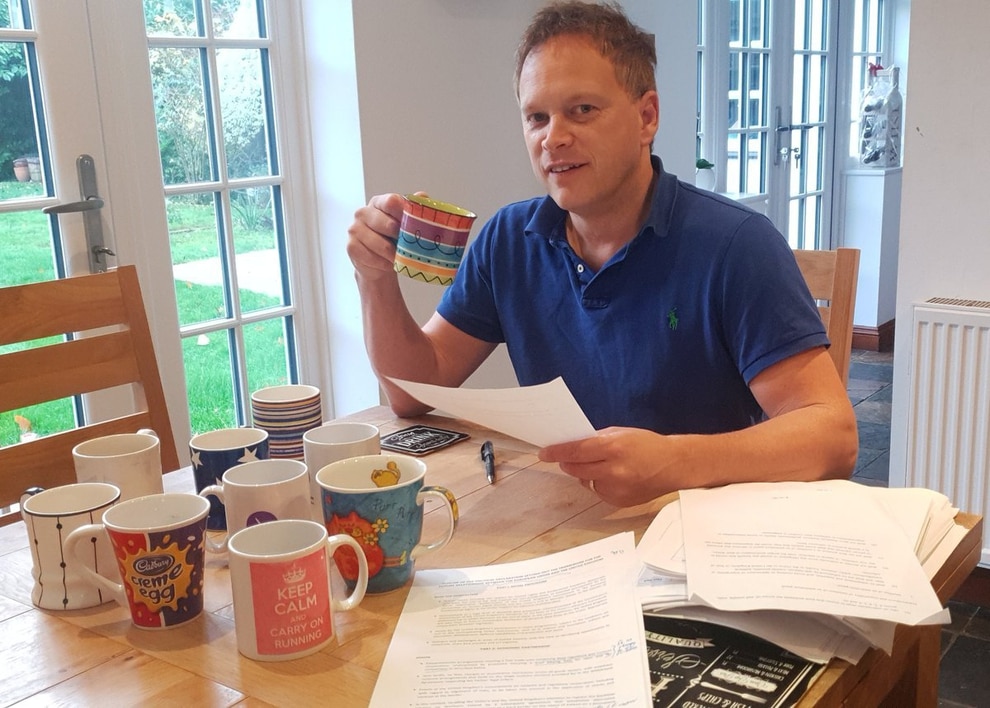 The picture, staged by former television producer Gordon Reece in 1974, turned the little-known former education minister into a household name. The simple image, of a suburban housewife running the country like a well-managed household would shape the political landscape for the next decade-and-a-half. And it would cement the role of the kitchen as the place that would-be political leaders want to be seen.

As Theresa May prepares to leave her fully furnished rental property once this Brexit business is sorted out, her potential successors were lining up to be pictured in their kitchens over the weekend.

Dominic Raab, one of the front-runners to become next PM with many bookies, went for the homely approach. Simple white wooden units, with hardwood worktops and a large vase of flowers gives off the aura of a relaxed family man, warm and inviting, but organised and well-kept at the same time.

Less convincing was Communities Secretary James Brokenshire, who tooko to Twitter to post an image of him awkwardly holding a sponge sandwich in his culinary lair. Loud and brash, with two industrial-sized ovens, the image came across as something from a saucepan advert circa 1985, or maybe a fly-on-the wall documentary behind the scenes at a large hotel. The problem with this sort of picture is that it is easy to be overshadowed by your surroundings. And for an aspiring prime minister, it is never a good look when your appliances have more presence than you do.

At the other end of the scale, a Twitter image posted by former Tory Party chairman Grant Shapps' kitchen in December last year looked a little too contrived. At first glance, the look is one of chaos, the casually dressed politician sat at a table covered with nine non-matching coffee mugs and strewn with untidy paperwork. But closer examination reveals that none of the coffee cups have actually been used. And the caption below the picture, "After 585 pages and copious cups of coffee, this withdrawal agreement looks very problematic. About as subtle as a crow-bar, then.

Interestingly, Jeremy Corbyn has been decidedly reluctant to invite people into his kitchen. He's always happy to be pictured helping out at a soup kitchen or a children's cookery class, but you rarely – if ever – see him chopping the veg at his Islington pad. Perhaps he's nervous about being pictured with a giant marrow from his allotment.

Because, while the kitchen may be the place where political careers are made, it can also be the place where they are broken. Perhaps reflecting the more cynical times we live in today, the 2015 General Election saw both Tory Prime Minister David Cameron and Labour rival come unstuck amid the pots and pans.

Cameron's kitchen was everything you would expect it to be: slick, modern, and no doubt very expensive, with a stainless steel oven, range cooker, trendy checked flooring and porcelain white sink unit. The Prime Minister was in his Modern-Dad element, sleeves rolled up, chatting to the BBC's James Landale as he prepared his family meal. But, possibly distracted by the lettuce and fresh meat on his chopping board, he let slip that the impending election would be his last. All of a sudden, this would-be Jamie Oliver's menu appeared to be not so much crispy duck as lame duck.

But while the kitchen fiasco might have marked the end of David Cameron's salad days, he still had one more course left in him – probably in part due to an equally unfortunate incident in his rival's kitchen.

Ed Miliband's kitchen catastrophe was a masterclass in what happens when the carefully choreographed spin begins to unravel. The picture, for a BBC documentary, of Ed and wife Justine enjoying a cuppa in their tiny kitchen looked so innocent and sweet, who wouldn't have warmed to such a sincere looking couple? But suspicions were immediately raised by how tidy, basic and impersonal the room looked. No food in sight, no crockery, and not a lot of space to hide it in either. Then family friend Jenni Russell, in a ham-fisted attempt to defend the Miliband's, let slip that this was their 'second kitchen', which was 'only used for making tea and quick snacks'. The Labour leader hit back. While conceding that his £2 million London house did indeed have another, larger kitchen, he insisted that the small one was the one he preferred to use. Whatever the truth of the matter, it was too late. The tea was out of the bag, the damage done. Weeks later modern-dad Cameron had vanquished cosy-kitchen Miliband, this time with an overall majority. Analysts spent the following week poring over the results, looking at the reasons for Miliband's defeat. Some said it was his taxation policies, others that he looked awkward on television, and the infamous 'Edstone' inscribed with his election promises probably didn't help. But wiser heads knew the real reason. It was the kitchen wot lost it.

Indeed, when Cameron moved into Downing Street in 2010, one of the first things he did was refurb the kitchen. And it is fair to say that his tastes were a little more extravagant than the Iron Lady's. When Mrs Thatcher recreated her famous picture at Downing Street in 1987, it looked even smaller than Miliband's. But when Modern Dad settled in to his new home, there was no expense spared. Out went the beechwood and black granite of the Gordon Brown era – beechwood is so early 21st century – and in came the shiny black cupboards and stainless steel. If you're shelling out 25 grand for a refurb, your entitled to the very best.

Indeed, so proud was he of his shiny new kitchen, Dave took Mrs May on a personal tour prior to handing over the keys in 2016. Whether she showed him how to scrape the crust off stale marmalade was never revealed.