A newly-elected Shropshire councillor today said he wants to inspire a younger generation to get involved with their community.

Jonny Keeley won the Bishop's Castle by-election by a landslide, getting twice as many votes as his nearest rival, Conservative Georgie Ellis.

Lib Dem Keeley, a well known local musician who also runs his own website and digital business to promote local organisations, is now one of youngest councillors on Shropshire Council at 31, second only to 29-year-old Dean Carroll, who represents Bagley in Shrewsbury. According to the authority's scrutiny chairman Claire Wild, the average age for a Shropshire councillor is 72.

Councillor Heather Kidd, Lib Dem Shropshire councillor for neighbouring Chirbury and Worthen, said: "He is young and he's got lots of ideas. I think he will be a breath of fresh air, because he sees things differently."

Councillor Keeley said he had some idea of the support he had in the town but the end result was "humbling".

He said: "It's fantastic to have a true majority, it gives you confidence that the people who elected you have confidence in you.

"When the vibe around the town is so positive you still have to 'keep it real' and think 'we'll see what the outcome is'. But since we announced the result it's been so optimistic and so supportive that it has been really humbling, and just made me more determined to deliver – to do something that means something and makes an impact."

He said there was a high turnout in general, but particularly among young people.

"I think we reached them on a direct level," he said, "and I know a lot of them anyway from my background of doing things in the community.

He added: "One thing I'm committed to is those kids getting represented and looked after.

"There are all sorts of projects I want to start based around inspiring youngsters."

He said in particular he wanted to show the youth in Bishop's Castle that they had more options than they might think – and that by getting involved in the community they could make a difference.

"I was given the gift of that when I was a youngster by our youth service which unfortunately isn't there now anymore."

"But I'd like to pass that on to them by leading by example."

He added that if they could see he was working for them it would inspire them that politics could make a difference and "they will probably vote for the rest of their life."

He added that he made "no apology" for his young age but said he was "very much ready to learn" from his more seasoned fellow councillors.

Keeley played a key role in the refurbishment and rejuvenation of the town's Public Hall and has also been involved with the About Music Project and Party in the Park, along with his musician father Pete Keeley, who passed away in 2014.

He will step into the shoes of Charlotte Barnes, a fellow Lib Dem who stepped down earlier this year for personal reasons. 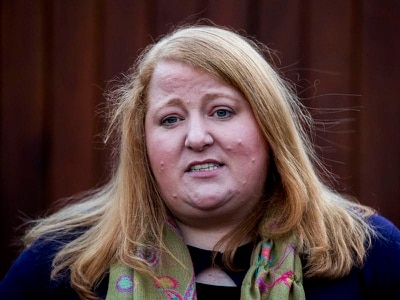 Majority of BAME MPs have experienced racism at Westminster – report