The band is out, crowds have gathered, and the town's abuzz – so whatever it was, it was quite a big occasion for Wellington. 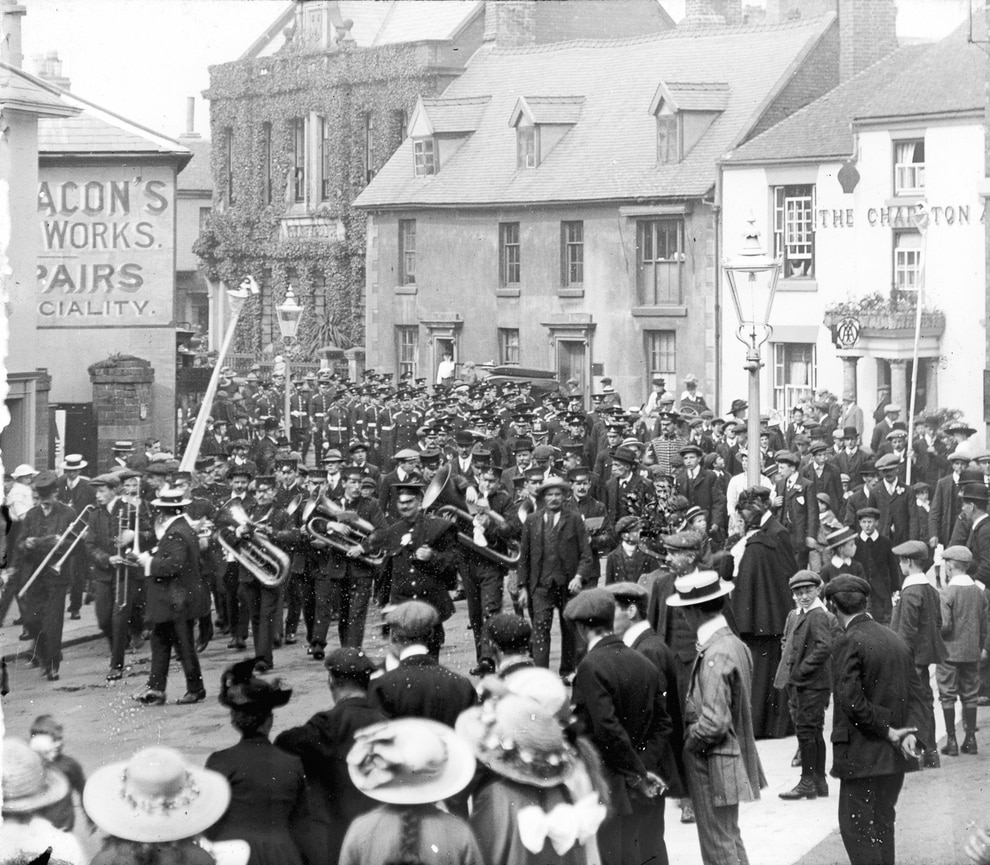 The parade passes the Charlton Arms But a couple of pictures which have come the way of Wellington historian Allan Frost have resisted all his research attempts, and he remains mystified about what they show.

He is hoping that a reader can come up with the answer, or at least some clues.

Wellington-born author and historian Allan, who lives in Priorslee, says the images are old magic lantern slides and are part of a collection which seems to date roughly from 1910 to 1912 – and he has been researching what they show.

"I've had no luck with some, especially these two," he says.

"They appear to concern a military parade of some sort, possibly commencing in Church Street, Wellington, and ending at the Armoury Building which stood adjacent to the south east corner of Market Hall. One of the photos was taken near the entrance to the open market from Market Street.

"The parade included a military band, soldiers from a local regiment, veterans – probably of the Boer War – and discharged men in civvies. That's about all I can say."

A close look at one of the photos shows the old Charlton Arms Hotel is on the right, and is bearing an AA sign, so the photo dates from the era of motoring – indeed, there seems to be a car parked outside one of the buildings.

And being carried in the parade are a couple of strange poles with a tassel on the top, which must be a clue of some sort.

Allan initially wondered if the event could be connected with the Coronation, but the lack of bunting, flags, gaily dressed people and other patriotic demonstrations rules that out.

Anyone who can chip in with any information can contact Allan at a.frost1@btinternet.com or get in touch with The Star and we'll pass the information on to him.