History of the census: Two centuries of making everybody count

What is your sex? Do you have an outside loo? Is there an idiot in your household?

The census is ticking down to its bicentenary next year, and over those two centuries of mass data collection there are questions which have come and gone, reflecting changing times.

The "idiot" question was asked from Victorian times up to 1911, as part of a general infirmity question. A special note for the enumerators – it was not until 1911 that the census was required to be filled in by the householder – read: "If idiocy occurred after birth, stage the age at which it occurred."

Enumerators were told that the information required for the census was "true idiots only".

Between 1861 and 1931 there was a Scotland-only question asking how many rooms had one or more window. Central heating first appeared as a topic in 1991.

But the mandatory sex question (as the Office for National Statistics calls it) has been asked in every census since the very first back in 1801.

And although you will still be asked "what is your sex?" as the ONS says sex is a core demographic variable, for next year's 200th anniversary event in March, there is going to be a new question on sexual orientation.

The ONS is proposing, for the first time, to ask a voluntary question of those aged 16 and older on the topic of gender identity – Is your gender the same as the sex you were registered at birth? Response options are "Yes", and "No, write in gender".

Another new question for 2021 will cover veteran status – whether the respondent has ever served in the UK armed forces.

Questions which have been dropped this time round include how many rooms you have in your house.

The census, which takes place once every 10 years, provides a snapshot of the nation, and its data helps both national and local government plan.

For instance, knowing how many cars people have helps when drawing up roads and transport policies.

It helps business too. A supermarket chain might use census information to help it decide where to open a new store.

And of course the information is also a gold mine for family historians and academics doing research, but not that first 1801 census which was a dull numbers exercise. It wasn't until 1841 that names information was first required.

Although few records survive of the 1801 census, conducted on Monday, March 10 that year, it showed that the total population for England and Wales was 8.87 million. Roll in those who were not included – military personnel, seamen and convicts – and the population estimate became 9.4 million.

The backdrop to that first census was increasing concern about the demand for food from a rapidly rising population. And as these were times of the Napoleonic Wars, if the government knew what the population was, it would help it with effective recruitment for the military.

In England there had never been a mass data collection exercise like it since the Domesday Book of 1086, which was a detailed survey and valuation of land holding and resources.

Since 1801, there has only been one year in which there has been no census – 1941, during the Second World War.

The results of the 1931 census were wiped out in December 1942. They were kept in a store at Hayes, Middlesex, but all the records were destroyed in an accidental fire, except for those for Scotland, which were stored separately in Edinburgh.

Although it was wartime, it was not the result of enemy action. The cause was never discovered and the severity of the blaze caused some puzzlement as the building was protected by special hydrants and there were also six paid fire watchers.

One theory was, ironically enough, that it might have been started by a lighted cigarette thrown down by one of the fire watchers.

As for next year's event, there has already been a census rehearsal which took place last year in the local authority areas of Carlisle, Ceredigion, Hackney and Tower Hamlets.

The ONS is moving towards digital-first data collection and wants as many people as possible to fill in the 2021 questionnaire online. Most people will get a letter with a unique access code.

Filling in the form is compulsory and you can be fined up to £1,000 if you fail to do so. 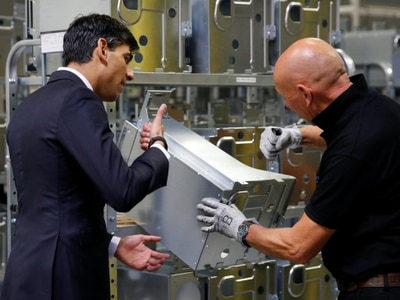