Staff from Sainsbury's in Oswestry raised money for Comic Relief in 2001 by using a stepper to climb the equivalent height of Ben Nevis, and also with a quiz and a fancy dress. Ready with his red nose and collection tin was customer support helper Wilf Parry of Weston Rhyn. 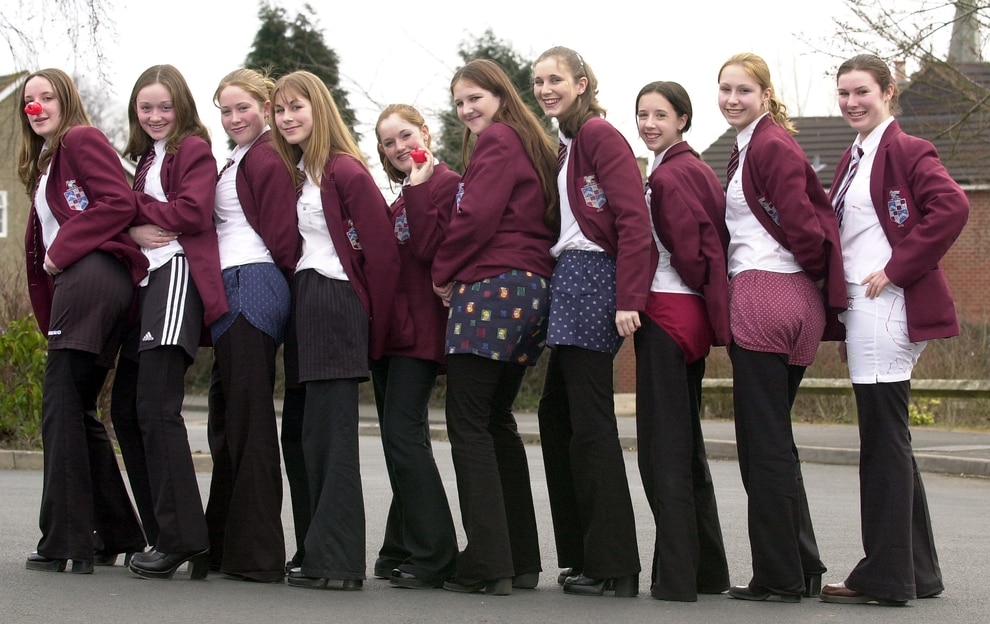 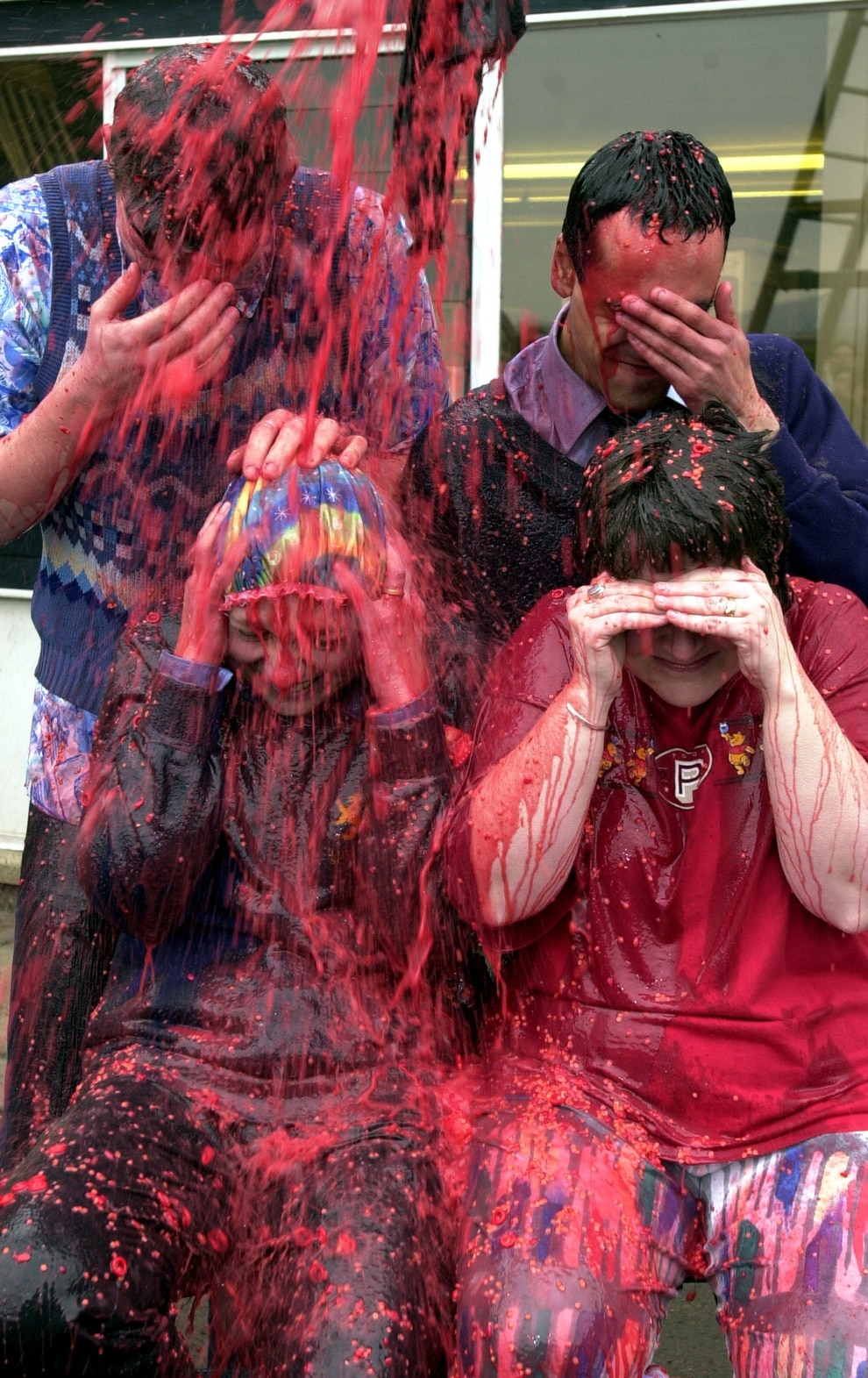 These teachers at Ludlow School were on the receiving end of a sponsored gunge – Chris King, Steve Benbow, Lisa Ball, and head of maths Fiona Wilmott.

Time and time again Shropshire folk have shown their generosity to good causes, and they did so once more for Comic Relief back in 2001.

The big day came on Friday, March 16, and was met by a host of madcap capers and fundraising efforts, some of them involving underwear, as the theme of the event that year was "Say Pants To Poverty."

Comic Relief was already an established part of the national fundraising scene, as the first Red Nose Day telethon– raising money for the Comic Relief charity – was held in 1988.

However, in 2001 there was a backdrop which was nothing to smile about, with the misery of an unfolding foot and mouth disease crisis which was tightening its grip on the countryside and leading to the slaughter of livestock on farms.

Here are just a few of the things Salopians got up to, to raise money for the Comic Relief cause in 2001.

Corvedale Brewery at Corfton, near Diddlebury, brewed a speciality ale called Red Nose Ale. It was on sale at the Sun Inn with proceeds from every pint sold going to Comic Relief funds.

Staff at the BP petrol station at Mound Way, Madeley, spent the day wearing their pants and knickers outside their clothes and collecting donations – in keeping with that "Say Pants To Poverty" theme – while the Woodman Inn at Coton Hill, Shrewsbury, invited darts players from all over the town to join in a "dartathon."

Schools got stuck in too. Among them was the Bridgnorth Endowed School which held a Weakest Link competition in which pupils paid 20p each to Comic Relief to watch the teachers being put through their paces, while a group from Lacon Childe School at Cleobury Mortimer wore boxer shorts outside their school uniforms.

Kitchen staff at the Captain Webb School in Dawley dressed up as characters from Snow White. Youngsters at Hadley Junior School wore silly hats, staged a karaoke contest and held a doughnut-eating competition, while children at Woodside's William Reynolds School went to school in fancy dress.

In north Shropshire an unusual treat was on offer at the Jolly Frier chip shop in Brownlow Street, Whitchurch, where customers tried out battered jam butties.

This is of course just a snapshot of the many events which went on locally.

Nationally there was the climax of the Comic Relief Big Brother House. Do you remember the finalists? They were Jack Dee, Claire Sweeney, and Keith Duffy, with deadpan comic Dee, who had repeatedly urged the public to vote him out of the house, emerging as the winner.

As the first million was raised, Scottish comedian Billy Connolly danced naked around Piccadilly Circus, followed by a group of naked Connolly lookalikes.

In 2001 Comic Relief raised £61 million, of which £55 million came through the Red Nose Day campaign itself, and £6 million was raised through international sales of J.K. Rowling's special Harry Potter books.

Rowling had written two short books for the charity, called Quidditch Through The Ages and Fantastic Beasts and Where To Find Them.

To date, they have raised over £17 million.

While the Comic Relief fundraising effort was in rude health, local charities were not always doing so well, as Market Drayton's branch of the Guide Dogs for the Blind Association closed its doors for the last time because of the lack of a committee.

Mrs Penny Day, 76, had formed the club with her late sister 13 years previously.

"People these days are just so busy and do not have time for committees. There just doesn't seem to be the same commitment," she said.

She added that she would continue raising money for the charity, but without the administrative burdens that running a club brought.