Flashback to 2008: An autumn whitewash

It was the day the Midlands turned white. On October 28, 2008 snow started to sweep across the region – only the second time in 44 years it had fallen before Halloween in some areas.

A thin white blanket covered many parts of the Black Country, Staffordshire and Shropshire as temperatures plummeted below freezing.

Football matches were called off and commuters ground to a halt on the roads as the snow began to settle.

The first flakes started to fall just after 3pm and within an hour cars, gardens and pavements were covered.

Temperatures dropped to 2C (36F) as the snow gripped the region, with temperatures overnight falling to -3C (27F).

The wintry scenes were a common sight up and down the country with London experiencing its first snowfall in 74 years.

In less than three weeks of October, temperatures at London Heathrow had fallen from 22C (71F) to just 8C (46F) with snow and ice.

The cold snap set in just before rush hour, and many roads were hit with jams as drivers battled through poor visibility due to the snow flurries.

But some parts of the UK escaped the blizzards. In Brighton the skies were bright and clear and some people were even seen on the beach despite the fresh 9C(48f) temperature on the Sussex coast.

But in the Black Country weather forced Walsall FC’s match against Swindon Town to be cancelled after a referee decided going ahead would risk player safety.

A pitch inspection took place at 6.30pm and the decision to call it off made at 6.45pm, forcing dozens of Swindon fans to turn back and make the long journey home.

Chief executive Roy Whalley said “We’ve been told it’s the first league game ever to be called off because of snow in October.”

Football matches including Shifnal Town’s trip to Coleshill Town, The New Saints’ clash with Newi Cefn Druids, Caersws’ trip to Aberystwyth and Neath’s visit to Newtown were also either postponed or abandoned because of adverse weather conditions.

The snow turned many parts of Shropshire including Little Wenlock,Wem, Whitchurch and Market Drayton into picture postcards.

The dramatic change in weather marked the end of the mild conditions which had allowed one of the best shows of autumn colour from Britain's trees in recent years.

At the time forecasters said it was extremely rare for a cold snap to strike as early as October.

“It is unusual to have snow this early,” the Met spokeswoman said. “In October 2003 sleet and snow was recorded in Northern Ireland, Wales, south-west, north-west and north-east England and the Midlands, but it was mainly over higher ground,” they added.

Ian Currie, editor of Weather Eye magazine said: "It is interesting that we had snow on the April 6 this year, several centimetres deep. Therefore the gap between the last and first snow of the year is probably the least since 1919 and probably further back.

"This is a remarkable snowfall considering the Arctic ice is much further north now than in the 1880s. There were several October falls up to 30cm deep in 1880. Also sea temperatures are warmer than the 19th century."

“Early snow is always a huge catalyst for betting on a white Christmas,” he said.

“The odds are 6-1 on a white Christmas in Glasgow and 8-1 in other major cities, but I would be surprised if the odds were still that long at the end of today after the weather we’ve had,” said spokesman Rupert Adams.

The unseasonal flurries, caused by a blast of air from the Arctic, were welcomed by millions of children in the middle of their half-term holidays and readers grabbed their cameras to capture the moment.

Meanwhile, Quinn Corrigan, aged 18 months, was not entirely sure what to make of the light snowfall when he went out into the garden of his home, in Bridgewater Drive, Coseley.

Kerry Bunn, aged 33, of Wordsworth Avenue, Parkfields, took a picture in her back garden with a date to prove it actually snowed in October.

Trevor Oliver, aged 40, of Wolverhampton, captured a shot out of his bedroom window as the snow began to fall in the garden.

The Cannock Chase rock that rolled 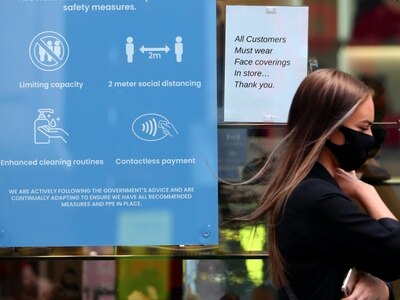