A photo album picked up at a car boot sale evokes Victorian days of hunting, shooting, and fishing, including with the long defunct Hawkstone Otter Hounds in Shropshire. 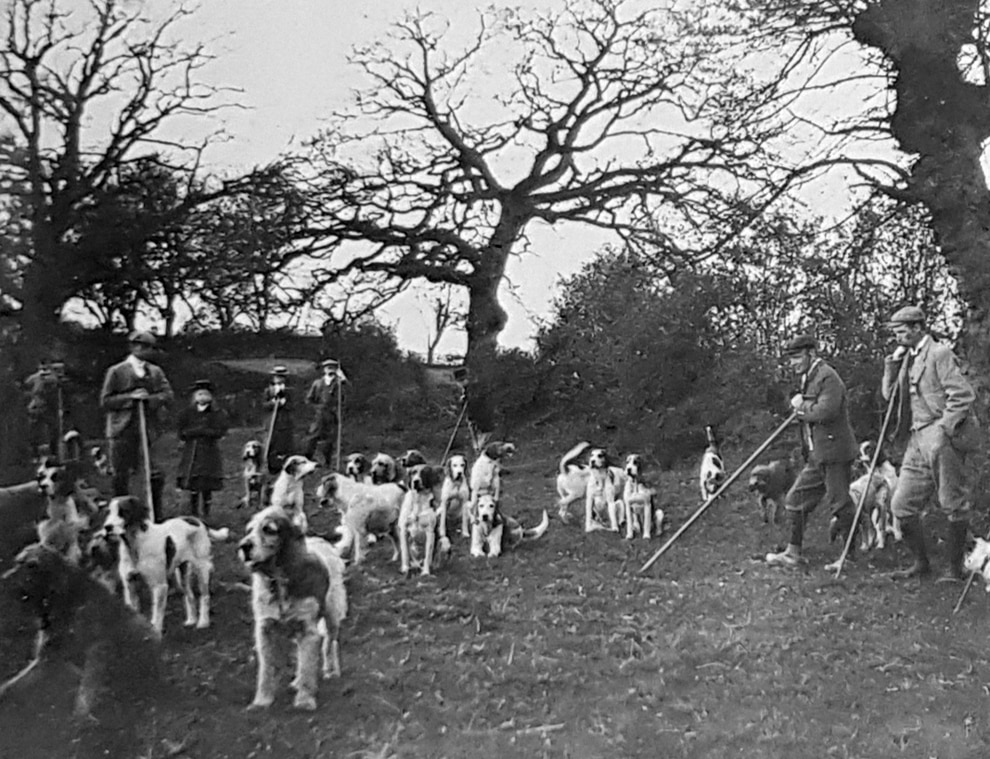 Handwritten underneath this is "Hawkstone Otter Hounds, 1895. (in Shropshire)." "Mr Wardle, the master'" is handwritten under this with an arrow pointing to the gentleman dead centre.

Gerald Cooke got in touch to tell us about the album after seeing a photo of the otter hounds on our website.

He's been trying to use the clues within the album to find out which family is depicted in the pictures, but has not been successful so far.

"The photograph album was picked up by a family member at a car boot sale. Knowing of my interest in genealogy he wondered if it was possible to trace the family," said Gerald, who lives in Longhope in Gloucestershire, but regularly visits Shrewsbury as his stepdaughters live there.

"Unfortunately the assumed family members in the photographs have forenames or initials but no family surname. The group of people are very much into hunting, shooting and fishing.

"There are photos taken in Hawkstone and one makes reference to the Master, a Mr Wardle. The photo is dated 1895.

"However the album starts with lots of photographs with desert, camels and people in Arab clothing. Some photos are set in Italy.

"It seems such a pity that this album is not with the family but in the absence of surnames it seems unlikely that it could be returned.

"With the trip to Gretna Green there is one guy – the Captain – with a shotgun. I’m assuming it wasn’t a shotgun wedding.

"Thank you for your interest, it’ll have to go back into the desk drawer."