A new film about legendary German goalkeeper Bert Trautmann, who briefly played in Shropshire, is to be shown at a new community cinema.

The Orbit in Wellington will screen new film The Keeper, about the former German Prisoner of War who famously played an FA Cup Final with a broken neck – and then went on to play seven games for Wellington Town at the end of his career.

The Orbit, a community cinema which opened in the town's former HSBC branch in June, will show the movie next month to coincide with the 55th anniversary of Trautmann's debut for Wellington.

Watch the trailer for The Keeper:

Trautmann's time in Shropshire was not a particularly happy one. He signed for the club – now AFC Telford United – in September 1964, having just left Manchester City.

Wellington's regular keeper Mick Richards had been ruled out with a broken arm, and it was Trautmann was being paid £50 a game, equivalent to about £1,000 in today's money.

But while his presence assured a bumper crowd for his first game, an FA Cup tie against Dudley Town, it was not a game for him to remember. He found himself picking the ball out of the net three times, as the boys from the Black Country cruised to a 3-1 win over Wellington.

Ray Hughes, finance officer for the Clifton Project, which operates the cinema after previously trying to reopen the former Clifton Cinema in the town, was in the crowd for Trautmann's debut, but remembers it as being a rather disappointing game.

"I was 11 years old, and I remember there being a real buzz of anticipation, he was a celebrity in those days. It would be a bit like Steven Gerrard turning out for Telford today," he says.

"I remember standing with my father behind the goal at the Watling Street end, and I remember him beaten by a shot.

"From what I remember, Wellington were never really in the game."

Things did not get any better after that.

Over the course of his month at the Bucks Head, Trautmann played seven, lost five, and received a red card for violent conduct in a game against Tonbridge.

“He gave a penalty away, he up-ended somebody,” recalls Laurie, now 76, from Craven Arms.

“He was not satisfied with that and gave a lot of lip to the ref who had no option but to send him off.”

A former Luftwaffe paratrooper who was awarded the Iron Cross for bravery, Trautmann had been captured by the Russians, the French Resistance and the Americans, and had escaped on each occasion. But after escaping the Americans in the latter stages of the war, he jumped over a fence, only to land at the feet of a British soldier, who greeted him with the words “Hello Fritz, fancy a cup of tea?”

He was initially suspected of being a Nazi, but later cleared of any involvement with the regime and sent to a PoW camp at Ashford-in-Makerfield, Lancashire, where he started playing football. While playing centre-half against amateur side Haydock Park, Trautmann was injured and swapped positions with goalkeeper Günther Lühr, and from then he continued to play in goal.

During this time he picked up the nickname Bert as the English could not pronounce his German name of Bernd. It has also been suggested he may have played for the PoW camp at Hodnet, although there are others who have cast doubt on that suggestion.

Trautmann’s arrival at Manchester City sparked outrage among ex-servicemen and Jewish refugees from Nazi Germany. One demonstration reportedly attracted 20,000 protesters. but he won over supporters and eventually secured a place in English football folklore.

His most famous game came in the 1956 FA Cup Final, when he suffered a serious injury – later revealed to be a broken neck – but played on for a further 17 minutes, helping Manchester City to defeat Birmingham City 3-1.

The film has been made by British producer Chris Curling, whose films include The Last Station, a drama about Tolstoy starring Helen Mirren and Christopher Plummer in Oscar-nominated performances.

It is directed by German Marcus H Rosenmüller, who interviewed Trautmann for several days before his death in 2013.

British actor John Henshaw is among the cast. 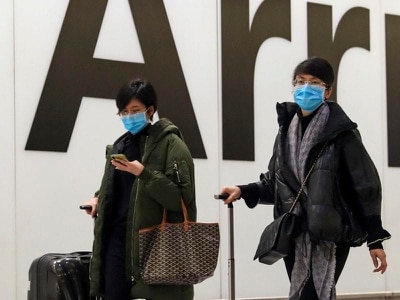