Bentley has released its all-new Flying Spur, and Jon Reay has been out to see what it’s like

This is the new, third successive generation of Bentley Flying Spur – fourth if you count the original car from the 1950s. Bentley would like you to think of it as a luxury four-door saloon that’s not just for being driven around in: sharing a lot in common with the Continental GT, the men from Crewe reckon they’ve cracked the formula of limousine that handles as well as a two-door grand tourer.

With the Bentayga SUV now Bentley’s most popular model, though, can the Flying Spur do enough to stay relevant?

Firstly, there’s the all-new (to the Flying Spur) engine and gearbox, which we’ll get to in a minute. Then there’s the changes to the body and chassis: a higher proportion of the panels are now aluminium to save weight, and there are additions like active anti-roll bars and even more supple air suspension components to help the car glide over bumps. It’s grown in dimensions too: 130mm has been added to the length too.

Inside there’s a whole raft of new interior finishes, including a textured door trim known as ‘3D leather’, and a suite of new infotainment technology too.

The most controversial new feature, like it or not, could well be the Rolls Royce-like ‘Flying B’ ornate emblem that can be made to emerge above the front grille at the tap of a touch screen.

The Flying Spur gets only the larger of the Continental’s range of engines – a familiar 6.0-litre twin-turbo W12 with an almost obscene 626bhp and 900Nm of torque.

Managing 0-60 in 3.7 seconds, and hitting a 207mph top speed it could definitely be described as quick; but with nearly 2.5 tonnes to haul around, the W12 is more set up to offer relaxed and effortless progress rather than outright tyre-shredding abilities.

It’s so effortless, in fact, that it barely raises its voice at all: this has to be one of the quietest engines on sale today. The only slight disappointment is that, when you really do harass the poor W12 into making some noise, it’s not a particularly rousing soundtrack – more like a distant, slightly gravelly V6 than anything.

Bentley was also at great pains to tell us the level of effort that went into its eight-speed, dual-clutch automatic gearbox – and it’s fair to say its work has paid off. Feeding 900Nm of torque into a gearbox of this type isn’t easy, but the Flying Spur’s is one of the smoothest around, all the while still offering much quicker gear changes than a run-of-the-mill automatic.

Let’s start with the ride quality: it’s up there with the very best luxury cars of this world. The Flying Spur soaks up imperfections as well as any of its rivals, whether on its standard 21-inch or optional 22-inch alloys.

What’s more impressive is the body control: this is a 2.5-ton, 5.3-metre long limo that can be thrown around without breaking a sweat. Active rear-wheel steer – a bit of technology from the VW Group parts bin – does a great job of keeping the Bentley’s hind quarters in check, and the suspension witchcraft means that there’s barely any body roll to speak of.

Combine that with variable-ratio steering that has a feel reminiscent of a much smaller car, and you’ve got a luxury saloon which is much more fun to drive than it has any right to be.

Entirely new design it may be, but evolution is the name of the game here: Bentley’s wide grille, four circular lights and long bonnet dominating the front of the car.

Some subtle tweaking has been going on, mind, and at often at great engineering expense. The creases around the tops of the doors, for example, take an incredible amount of effort to manufacture in aluminium – but it’s a design feature that simply couldn’t be left out, so Bentley found a way.

Look closely and you’ll spot a few ‘Flying B’ motifs too: one on each front wing, and another that rises – for a cost, of course – out of the bonnet.

Here’s where the Flying Spur really has to pull its weight. Bentley has lavished attention on the inside of the car, the result being a fabulous place to spend time, either while driving or being driven. Materials and finish are top-notch, seats are obscenely comfortable and there’s plenty of attractive detailing to boot – even the speaker grilles are works of art.

Bentley is perhaps most proud of its new infotainment system, complete with the (optional) party piece rotating display in the centre of the dash, and touch screen remote for rear passengers.

Truth be told, these are all embellished versions of VW Group infotainment systems – you’ll find similar systems in Audis, Lamborghinis and the like – but Bentley has at least done a fine job of leaving their unique fingerprint on the user interface.

Naturally, despite the £168,000 starting price, there are plenty of ways to send the price of your Flying Spur soaring.

Niceties like a head-up display, adaptive cruise control, lane keep assist and night vision are all extras – as is the rear-seat entertainment package.

As is traditional with Bentley, there’s also the option of a sublime Naim speaker system – 19 of them with a total of 2,200 watts, in fact – and the show-off rotating infotainment screen comes at a four-figure cost too.

You’ve got a choice of a whopping 17 different exterior colours as standard mind – with the option of 13 more coming soon – and an even more bewildering 15 different shades of leather to pick from too. That’s all before you select from 16 different choices of veneer for the doors and dash, too.

With SUVs seemingly taking every segment by storm, it’s not hard to imagine cars like the Flying Spur going the same way as four-door saloons from the lower realms of the car world: quietly disappearing to be replaced with a high-riding off-road-inspired model instead.

What the new Flying Spur shows, though, is that there’s life left for the luxury four-door saloon yet. It’s incredibly refined, utterly luxurious and is great fun to drive too – something you wouldn’t be able to say about an SUV-shaped equivalent.

Think of the Flying Spur as a Continental GT with an extra two doors – and some incredibly opulent rear seating – and you’ll be about right. For its size and type, we can’t think of a rival that does its particular package of traits better, even at this price. 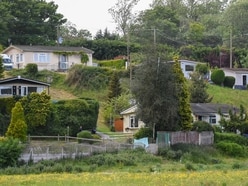 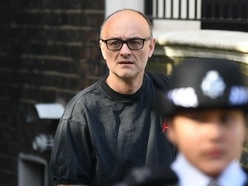 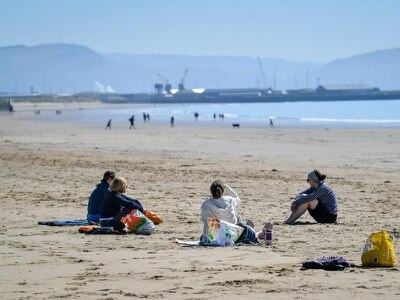 Police decision on Cummings: What does the law say?