Solid chip off an excellent block

Volvo's compact crossover is more of a cousin than a sibling to the larger 90 and 60 series cars,there is no doubt it a chip off the same block.

Like its bigger stablemates, it is a luxury 4x4 SUV that has just about everything including excellent engines, off-road capability and state of the art technology and it comes with its own personality, expression and character.

Volov says the XC40 is defined by a strong graphical design, a real feeling of strength and quality and a more playful nature in terms of colours and materials.

Marketing speak for smaller and cheaper than the big ‘cousins’, but the same quality is apparent throughout.

It has the same nod to Nordic mythology with the signature ‘Thor's hammer’ light design, the LEDs built into the front light clusters in the shape of the Norse god’s hammer.

Cheaper, the model range starts at just over £28k, but is still pretty well equipped.

There are a number of power units and the two-litre petrol model here, mated to an eight-speed automatic gearbox, delivers an impressive 190bhp, for plenty of pace but with decent economy.

It hits 60mph in under 8.2 seconds, while delivering official economy of around 40.4mpg

It does look good, with stylish light clusters to front and rear and a choice of striking alloy wheels.

The interior on this model features leather faced upholstery, soft touch trim to doors and dashboard and neat chrome touches. 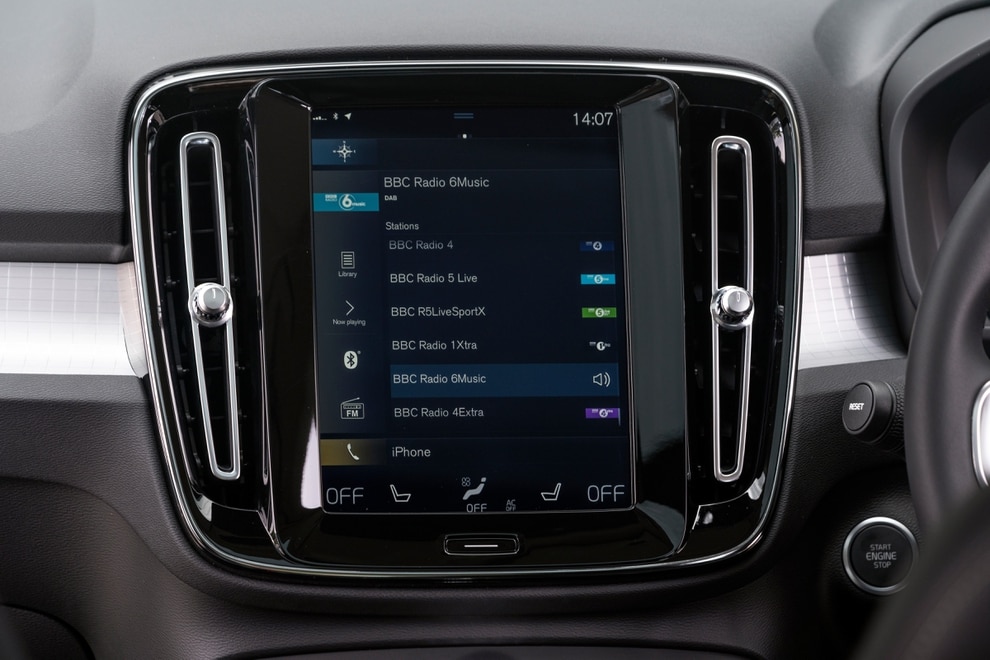 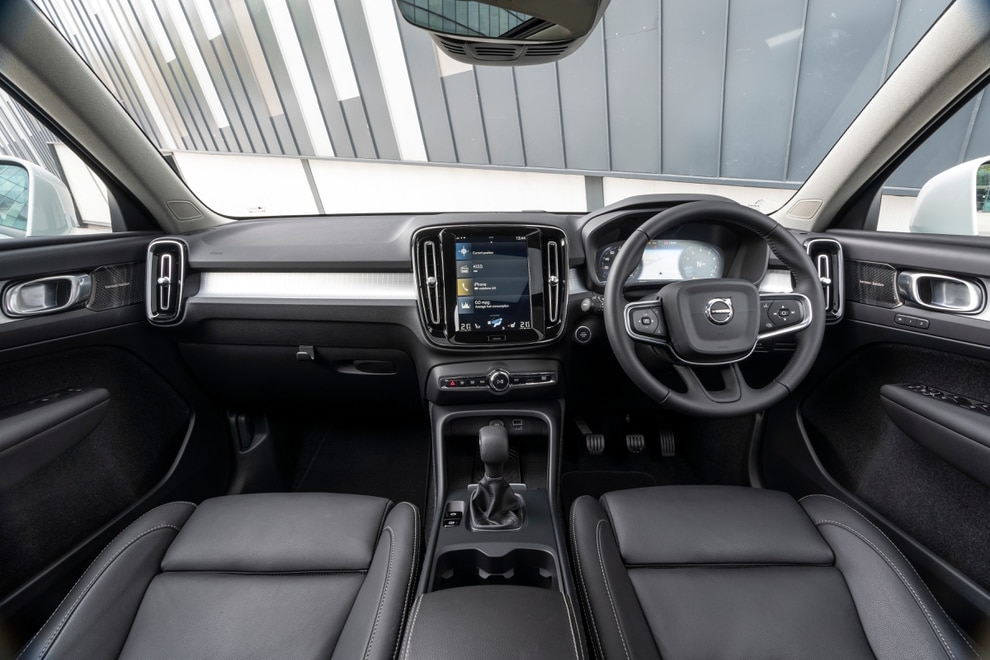 A simple but classy interior layout

The dash is dominated by a nine-inch tablet style touchscreen which controls major functions with voice activation, like the Sensus sat nav (which has full European mapping with traffic information and map updates, infotainment), climate and phone connectivity via Android and Appleplay as well as a number of apps and web browser capability.

Volvo On Call allows your smart phone or tablet to control various functions remote and is an emergency tracking service.

In fact the latest Sensus connect can even be configured to allow the car to pre-book itself for a service.

Car information can also be monitored on a 12.3-inch active TFT driver’s information display behind the smart, multi-function steering wheel.

It gets better, with classy touches like the starter knob, which is twisted rather than pressed and a knurled silver knob which allows you to select one of three drive modes of economy, standard or dynamic, depending on road conditions.

Well equipped it may be, but like many of its competitors you can spends thousands on add toys and goodies, which on this model included the Xenium Pack, comprising powered panoramic sunroof, automatic parking assist and 360 degree camera.

Even at high speed, engine and road noise is muted, with just a hint of wind noise.

Handling is better than it’s bigger stablemates feeling composed and bends, while the ride is comfortable but firm.

Boot space is decent and the 60/40 split folding rear seats open up a cavernous space for larger loads, although the load height quite high.

Volvo has always been at the forefront for safety and this car is no exception with its raft of technologies, such as autonomous emergency braking, pedestrian, animal and cyclist detection and front collision warning.

Also standard are full set of airbags and lane mitigation, which steers you back into the correct lane if drifting.

Smaller of the three XCs, but still pretty well formed. 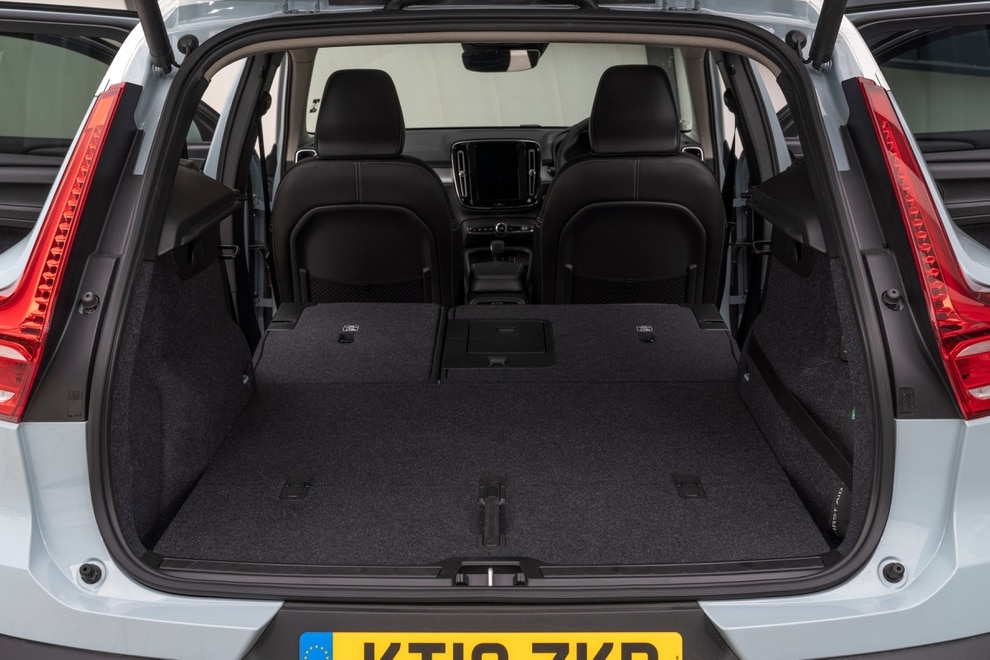 A simple but classy interior layout 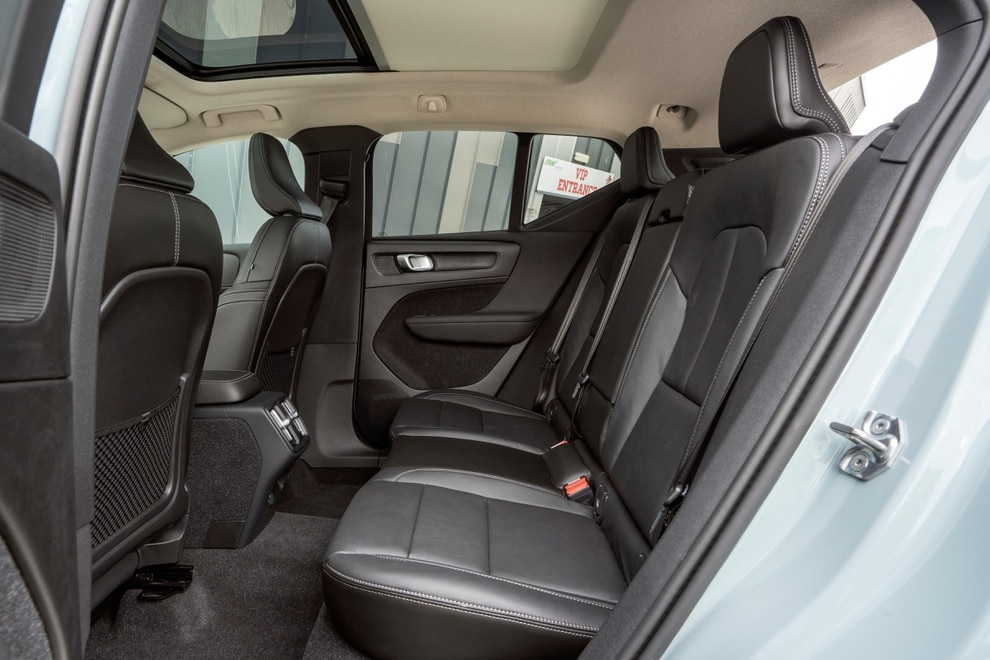 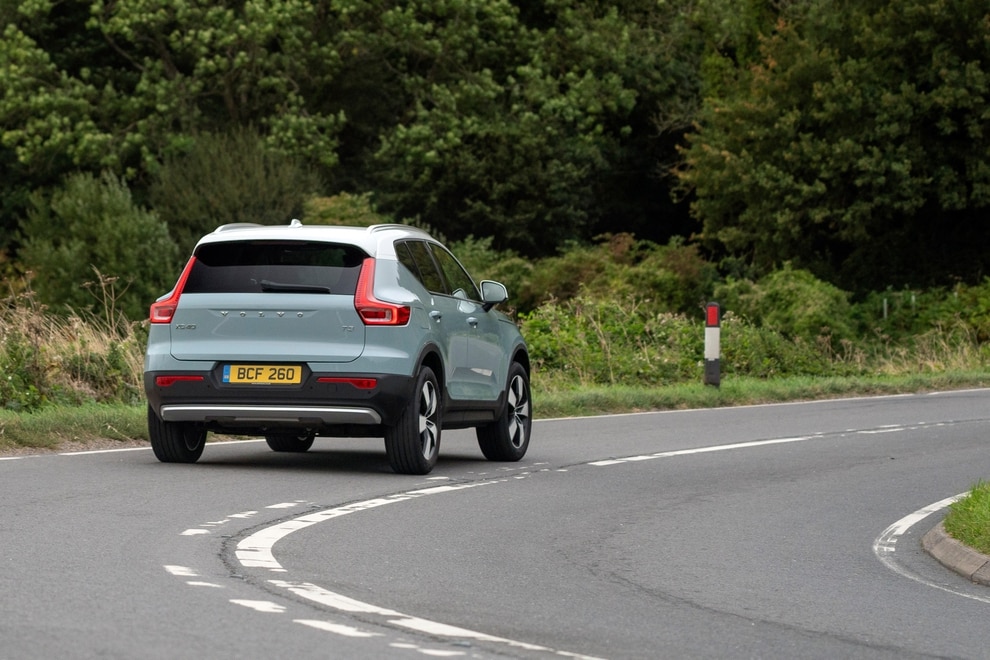 A decent performer on country lanes 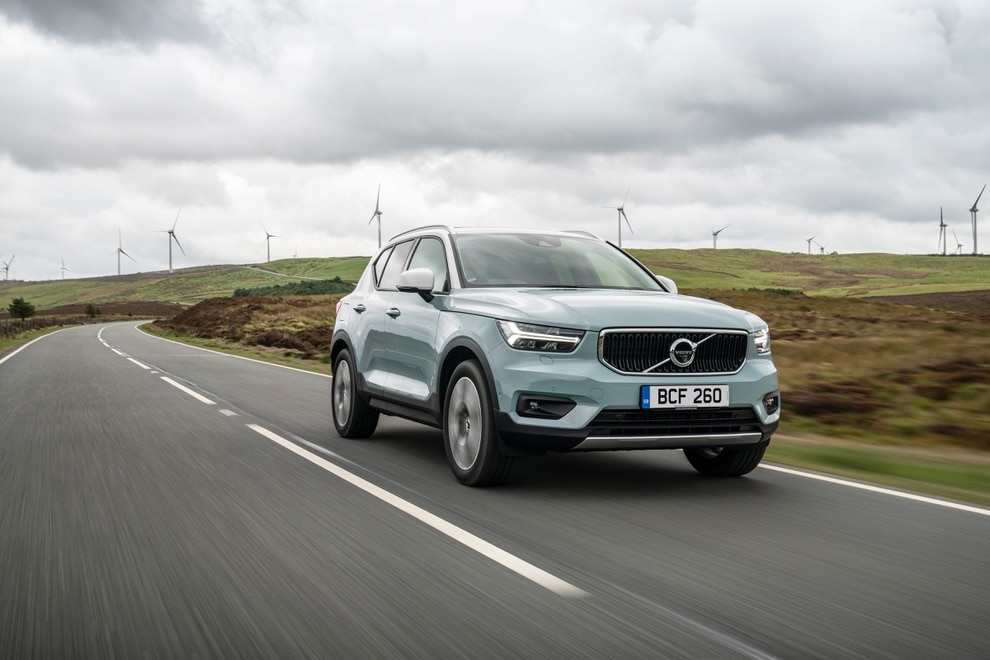 The unmistakeable styling of the XC range 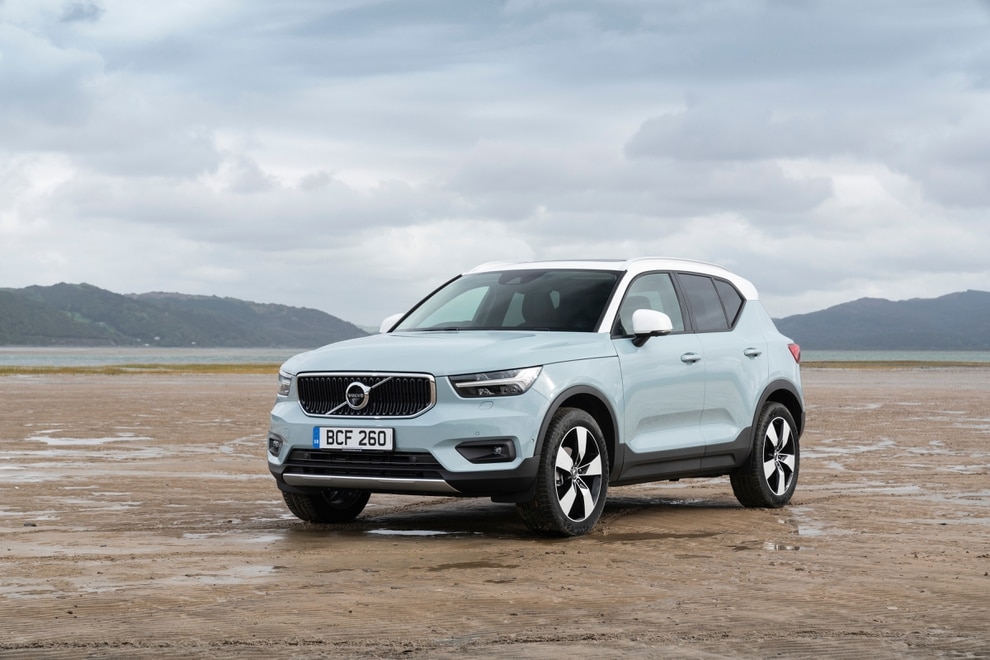 The XC40 is more than capable offroad

UK Drive: Can the Ford Edge Vignale cut it as a luxury SUV?