Supercars are the most talked about things on four-wheels – but there are some factoids out there that are rarely a part of the discussion.

Supercars are exclusive, wildly desirable objects that often seem to exist separately from the realms of what most mortals would consider possible.

Because they are so idolised, it feels like we know most of what there is to know about supercars. However, there are some details that are kept quiet in those ritzy showrooms, which are as fun as they are bizarre to consider.

Here are some little known facts about supercars, from shared parts to shocking engine roots.

>In all respects, the M600 is something of a brute. It has a menacing stance, a design clearly focused on speed, and an extremely generous portion of power.

What some may not realise is where that power comes from; the 4.4-litre engine is built by Yamaha, and also finds a home in Volvo’s XC90 and S80; if excitement came by association, the Noble would be doomed.

>The McLaren F1 was the very apex of motoring performance in the 1990s, and was an advanced collaboration between a leading Formula One team and BMW, who provided a V12 that will likely go down as one of the most extreme engines to ever leave its automotive sector.

So of course, this being the Concorde among cars, every part of the development process was cutting-edge… right?

Well, not exactly. Several Ultima kit cars were used as development mules for the F1, and sadly, all of them, including one installed with the mighty V12, were destroyed.

>The Lamborghini Diablo was the final pre-VW raging bull, and as such, it was an appropriately manic driving experience. However, its headlights were taken from a slightly more grounded take on performance when the new German owners gave the car a facelift.

Later Diablos feature headlights from Nissan’s 300ZX, under licence from the Japanese marque, and while that seems strange at first, it makes sense if you consider the development money that will have been saved with this move.

>The Pagani brand owes everything it has to the head-turning properties of its first creation, the Zonda.

In turn, a great deal of the Zonda’s bark and bite is owed to its Mercedes V12, which had reached 7.3-litres by the time the ‘S’ version of the hypercar was launched.

What is often forgotten about that engine is its original home, just two years before the Zonda was launched in 1999, it was dominating international GT racing in the back of Mercedes’ CLK-GTR.

>While the Jaguar XJ220 is an impressive car to this day, it is infamous for housing a V6 engine borrowed from the Metro 6R4 rally car, which was a deal-breaker for some of those who placed a deposit on the premise of the car being V12-powered.

Those owners who retained their order for an XJ220 will have been able to perform one piece of maintenance rather cheaply, though; if the door mirror needed to be replaced, all they needed to do was order one from a Citroen CX.

The CX wing mirror lived a rather long shelf life elsewhere, too, seeing use on the Lotus Esprit, several TVRs and the majority of Aston Martin’s 1990s output.

>This car straddles the definition of supercar, track day special and racer, and is certainly a raw alternative for those looking for a new way to feel the rush of high-speed driving.

Radical had employed powerplants such as a V8 made up of two Suzuki Hayabusa engines in previous cars, but in the RXC 500, a slightly less unique option was deployed; a 3.5-litre, twin-turbo Ford EcoBoost engine borrowed directly from the Ford F150 and tuned up by the British sportscar firm.

The motor can also be rather easily traced to that of the current Ford GT, and we can imagine that Radical owners are keen to tell you so, too.

>The Lamborghini story is one that has been well-told. Most readers will likely know of the firm’s agricultural ties past and present, and that it only started building cars after founder Ferruccio Lamborghini had a heated argument with Enzo Ferrari.

What most people don’t know is that two of the manufacturer’s early supercars – the Miura and Espada – have strong links to racing. Gian Paolo Dallara designed the chassis for both of these models, and went on to found his eponymous company, which has since built racing cars for Formula One, Le Mans and the Indianapolis 500.

>You’re unlikely to ever see this fact touted by Audi again, but the idea of a V12 TDI version of the R8 supercar was very close to becoming a reality.

A twin-turbocharged diesel R8 would certainly have stood out among the crowd, but unfortunately for mile-crunching supercar lovers, the technical and fiscal challenges of adapting an R8 for such an engine would have been immense.

The successor to Zonda, the tongue-twisting Huayra is an expensive beast. Obvious costly ingredients include the twin-turbo Mercedes V12 engine and the active aerodynamics. But one of the more costly aspects of the car is a little nuts. 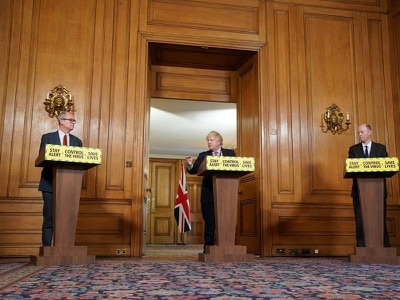