Driving electric cars from time to time do come with problems. Well, one really, where do you charge it? That was certainly the case 10 years ago when driving the first Nissan Leaf.

Things have taken a massive, if not quantum leap forward. With charging points becoming more and more common on roads, car parks and service stations, and offering fast charging in around 30 minutes, it has reduced the stress almost completely. Battery technology has also moved on at a pace.

Luckily, a charging point was installed in front of the office a couple of months before it I took delivery of the e-tron.

Just as well because a car like the Audi with all the electric bells, whistles and hi-tech gizmos, uses a lot of power. Recharging at either of the two charging points to 80 per cent capacity from a fast charger,  takes around 90 minutes. Use  a home charge kits and you will get a full charge in under six hours. It can, in an emergency be plugged into a normal socket, but charging takes over a day. It also has the facility, where available, for an 80 per cent chare to take around 20 minutes.

Out and about, the road charging point used contactless payment, all pretty painless.

At first glance you could be forgiven for thinking the e-tron was a Q5 or Q7, at a smidge under five metres long it sits between both, with only subtle flashes and badges indicating this is an all electric, four wheel drive, with a motor on each axle, adaptive air suspension and all the bells and whistles executive motor.

This gives it a 2.5 tonne beast brilliant acceleration, via the CV transmission, hitting 60mph in under six seconds with the so called engine overboost, a kind of electric kick down and, for those fretting about range, at least 248 miles in the WLTP cycle

It is a smart looking car with an imposing presence yet sleek design, sitting on 20-inch alloy wheels  and features LED headlights with LED rear lights, dynamic front and rear indicators and the now familiar light strip across its rear end

The interior is a plush and comfortable place to be with electrically-operated heated leather seats, thick carpets and high quality soft touch plastics throughout. Typical Audi quality.

The so-called ‘virtual cockpit’ dominates. This consists of two touch screens which can be customised to individual taste. It houses the latest MMI or multi-media interface brain of the car, which controls major functions like navigation, infotainment and connectivity for smartphones and a high-end sound system

The range of kit is comprehensive with driver aids such as head up display, parking camera and a whole host of safety kit.

On the road the car is well balanced and handles sharply for such a weighty beast. The steering is responsive while the air suspension soaks up the worst our roads can offer. When conditions get tricky, the four wheel drive kicks in, switching drive from mainly front wheel to sending traction to both axles.

It fairly whispers along, obviously engine noise is absent, while the cabin is well insulated from road noise from those large wheels.

Luxurious it may be but it is also like all SUVs is practical with both 660 litre boot space and with the seats folded, 1725 litres is available plus there is a large central storage bin.

There’s more, the and the lack of an engine means there's extra space in the engine compartment..

It’s just the start of Audi’s electric revolution. It’s a hell of a good one. 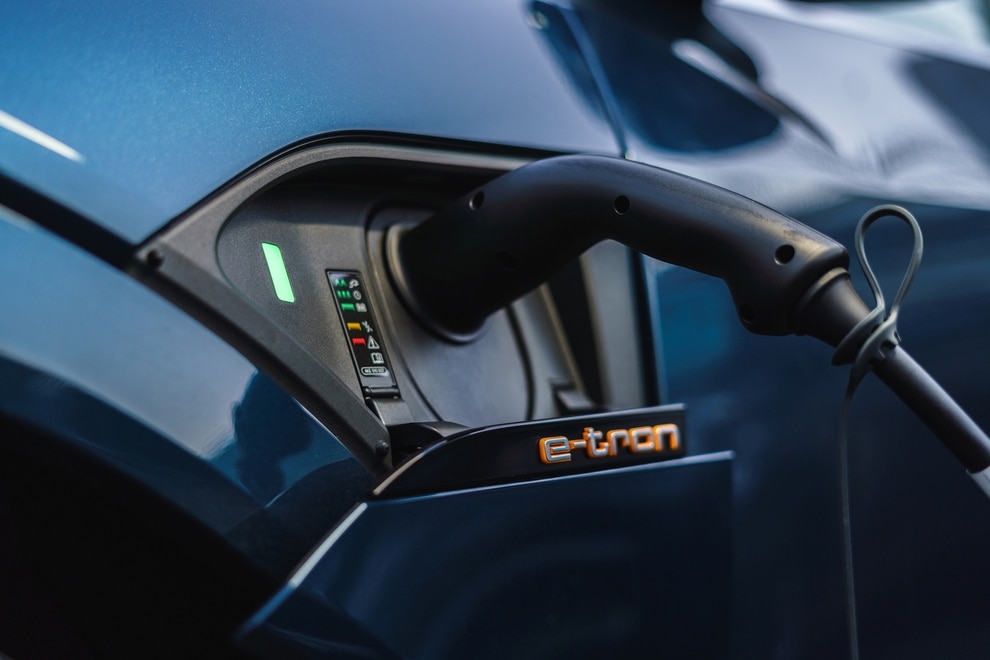 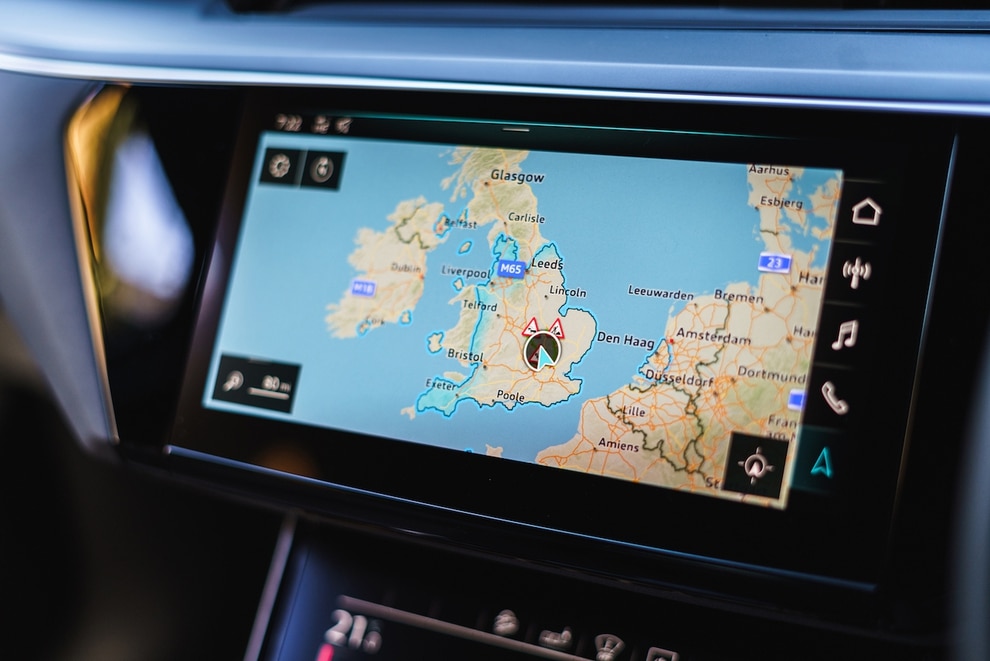 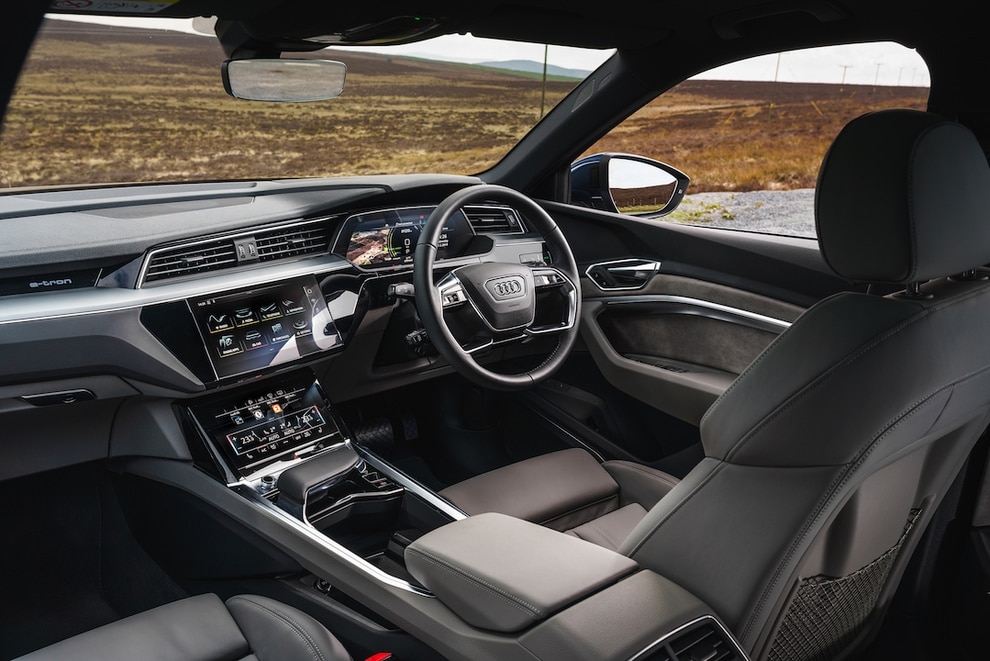 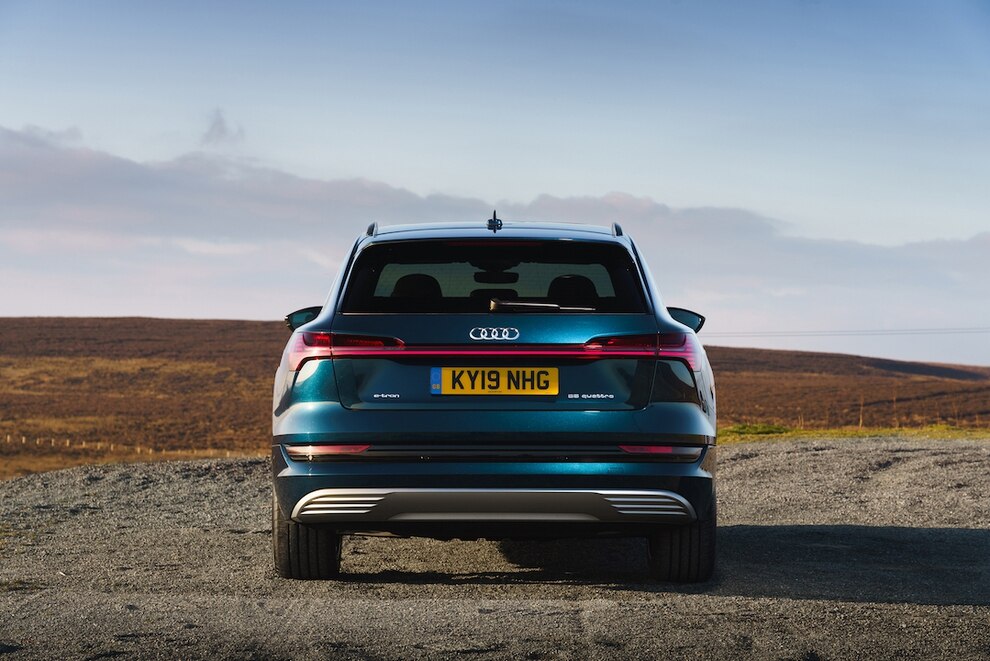 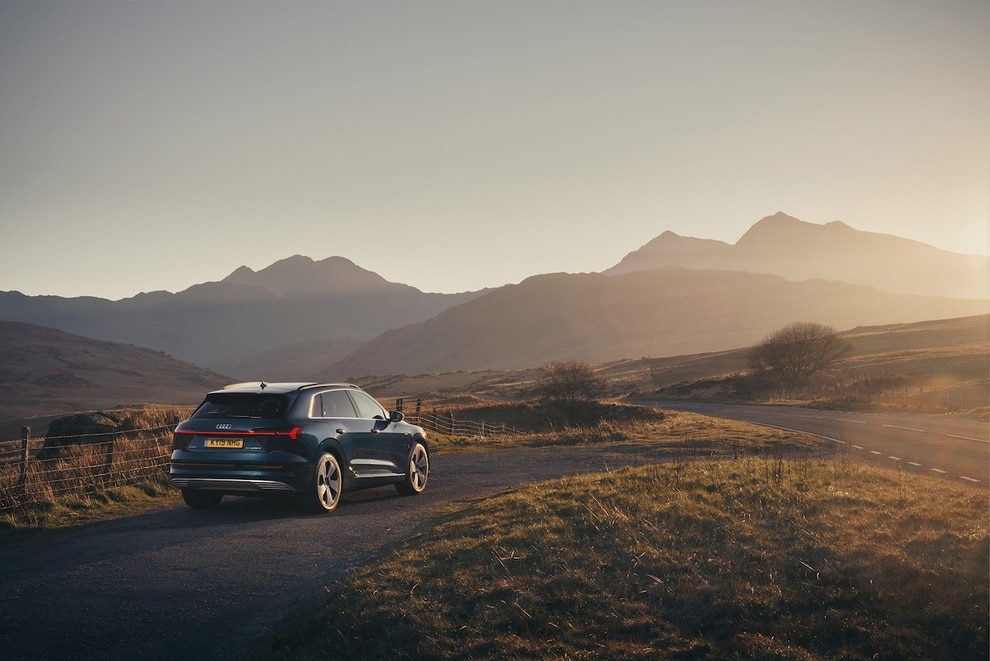 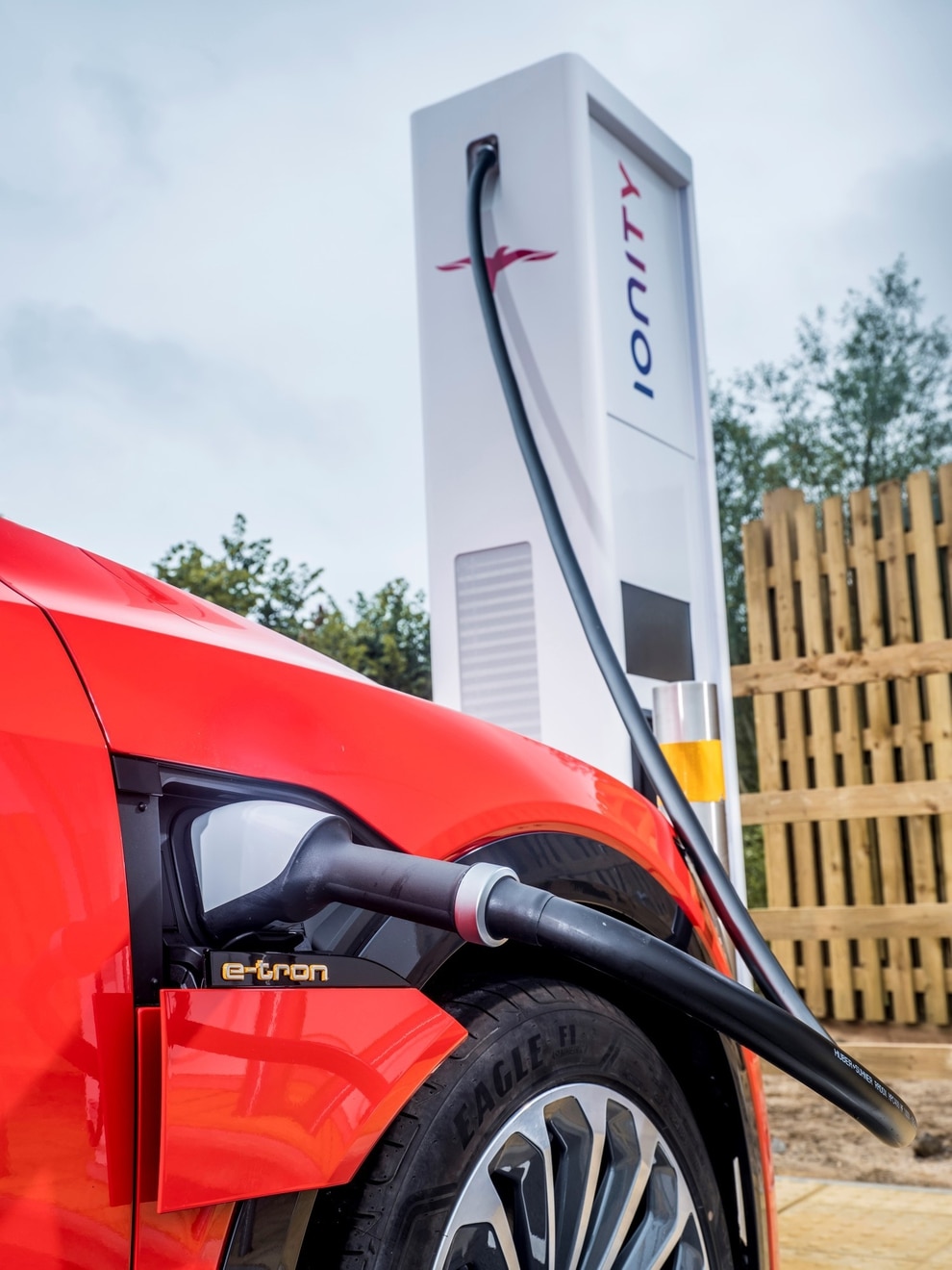