Demolition work at New College Telford is expected to be completed by the end of the year, council documents say.

A “demolition method statement” says the Grade II Listed former girls’ school building will be left in place. Hydraulic diggers will be used to knock down the newer structures but sections linking the two will be removed by hand.

Last year, Telford Council leader Shaun Davies authorised the purchase of the “key site” from Telford College, which is seen as strategically important for Wellington.

A previous report for Telford and Wrekin’s Cabinet said the site could be used for housing, business and education use.

The demolition method statement, submitted to the council’s planning department, says “a hydraulic excavator has been selected to carry out the main demolition work using various mechanical attachments when cutting through the concrete or steel”.

Waste will be placed in segregated skips and either sent off-site, via King Street or Regent Street, “unless it can be reused as construction material”. Asbestos will be removed by a licensed third-part contractor, it adds.

The proposed hours of work are 8am to 6pm on weekdays and 9am to 2pm on Saturdays and dust and noise levels will be monitored throughout.

“It is anticipated for the works to commence on September 2020 and be completed by December 2020,” it adds.

Telford and Wrekin’s Cabinet approved a proposal for Cllr Davies to delegate senior officers to “negotiate and complete the acquisition of New College and its masterplanning for a mix of uses” on March 14, 2019.

A report by Business, Development and Employment chief Katherine Kynaston, prepared for that meeting, said: “New College sits within College Ward, an area ranked within the 10 per cent most deprived nationally.

“The ward has particularly high deprivation indices in relation to employment deprivation, education, skills and training.

“College also includes one of the borough’s largest BME populations.

“This is a large and, as such, key site, where there is potential to make a significant contribution to the regeneration of the ward, for example through the provision of housing, including supported accommodation, office or small business use, alongside continued consideration for education use.

“Were the site to be sold by Telford College to another party a development that does not consider the context of the local area could come forward, ultimately risking a detrimental impact on the local community.”

The former girls’ school building, which faces King Street and is known as “block A” in the plans, will be left standing. Its listing at English Heritage’s website says it was built in 1911 and 1912 and is of architectural interest because of its “accomplished neoclassical design [and] striking principal façade which survives unaltered”. 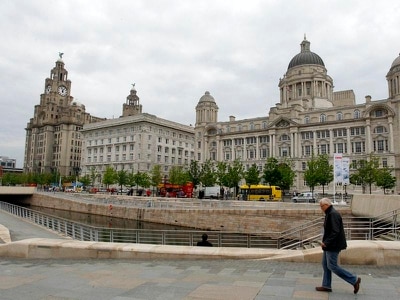