A town in Shropshire is aiming to win a prestigious national title for its regeneration efforts.

Sally Themans, of the Love Wellington Campaign, said: “We have entered the Rising Star category as this recognises the nation’s most ambitious high streets which are taking the lead and working together to revive, adapt and diversify.”

Councillor Lee Carter, Telford & Wrekin Council cabinet member for finance, said: “There are so many great things under way – Wellington is determined to fight back against decline, with initiatives and projects funded and supported by Telford & Wrekin Council and with Wellington Town Council, the businesses and wider community working together in a co-ordinated way.”

Mrs Themans, who is one of the government’s High Street Champions, said: “Eleven new businesses have opened here this year and there is community spirit in abundance – everyone loves Wellington.

“The mayor even had a tattoo of the Love Wellington logo last month so I feel sure we will stand a very good chance of winning this award, which is announced in late August.

“I have declared my interest so will not be able to vote for Wellington of course but have my fingers crossed that we are successful.”

Current regeneration initiatives highlighted in the award entry include the recently-opened Wellington Orbit, a community cinema, café and arts venue; an empty shops grant scheme which has attracted new businesses; a programme of façade improvements concentrated on the historic market square alongside a mural trail.

All of these are receiving funding through Telford & Wrekin Council’s Pride In Our High Streets Programme.

Community and business led initiatives include the formation of the Friends of Wellington Station and several local litter picks – including those organised by The YMCA, All Saints Church and youngster Shannon Marsh Lloyd.

In addition, Friends of Dothill Nature Reserve are improving wildlife habitats, while the Friends of Bowring Park are injecting new life into the town’s Edwardian recreation ground.

Wellington H2A also organises colourful arts and heritage events through the year and Wellington LA21 celebrates the history of the town with walks and trails, working in partnership with Walkers are Welcome.

It comes after a new group was set up to promote the town and bring more business to its streets.

The Love Wellington team is hoping to turn around concerns about footfall in the town, and is hoping to increase the amount of civic pride.

At a meeting of the group earlier this month, members said more needed to be done to promote the benefits of shopping in Wellington, including showcasing its free parking.

Changes were also suggested for Wellington Market, including the possibility of an exhibition space, museum or archive centre.

Some of the other ideas suggested at the meeting were trees to be planted in the market square; work needed on two historical buildings highlighted by the Civic Society; half day closing and Sunday trading.

Art-related topics were also mentioned, including a photography competition, the Belfry Theatre and The Wellington Arts Festival.

The last town to win a Great British high Street award in the county was Bridgnorth in 2016.

The town beat hundreds of high streets across the country to be named one of Britain’s best.

It took on Hinckley and Market Harborough, both in Leicestershire, and won the “large market town” category of the Great British High Street national awards for 2016.

The town won £5,000 and expert training from Google’s digital taskforce for shops, bars and restaurants, as well as a trip to Twitter UK’s London office to boost its social media skills 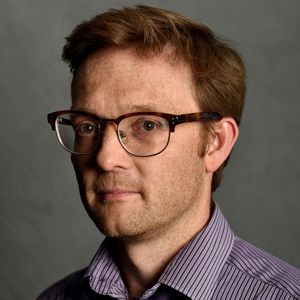 LETTER: Six out of ten for Boris’s roadmap out of lockdown