The long trip through Europe – Shropshire man bikes through 42 countries

It was a long, lonely journey across every country in mainland Europe for one Shropshire man – with just a little bit of crazy mixed in for good measure. 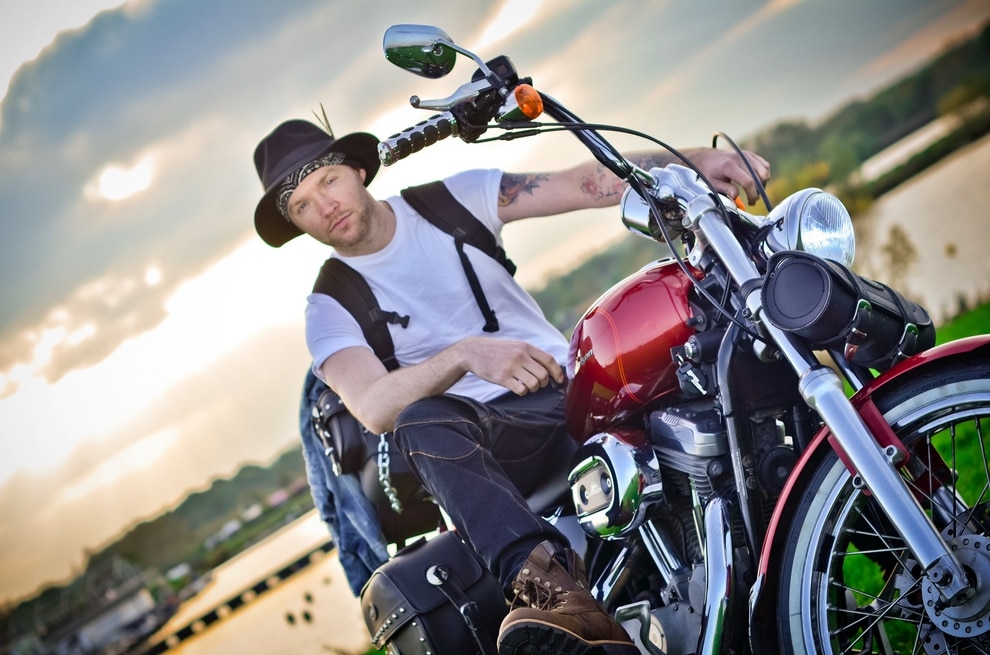 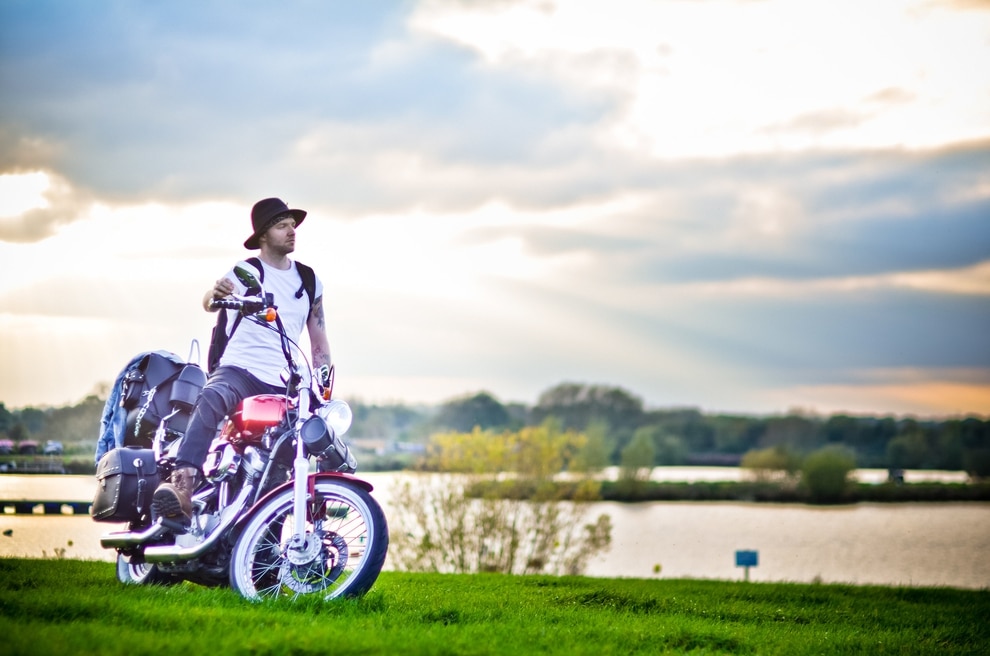 A quick shot of the countryside – near Birmingham 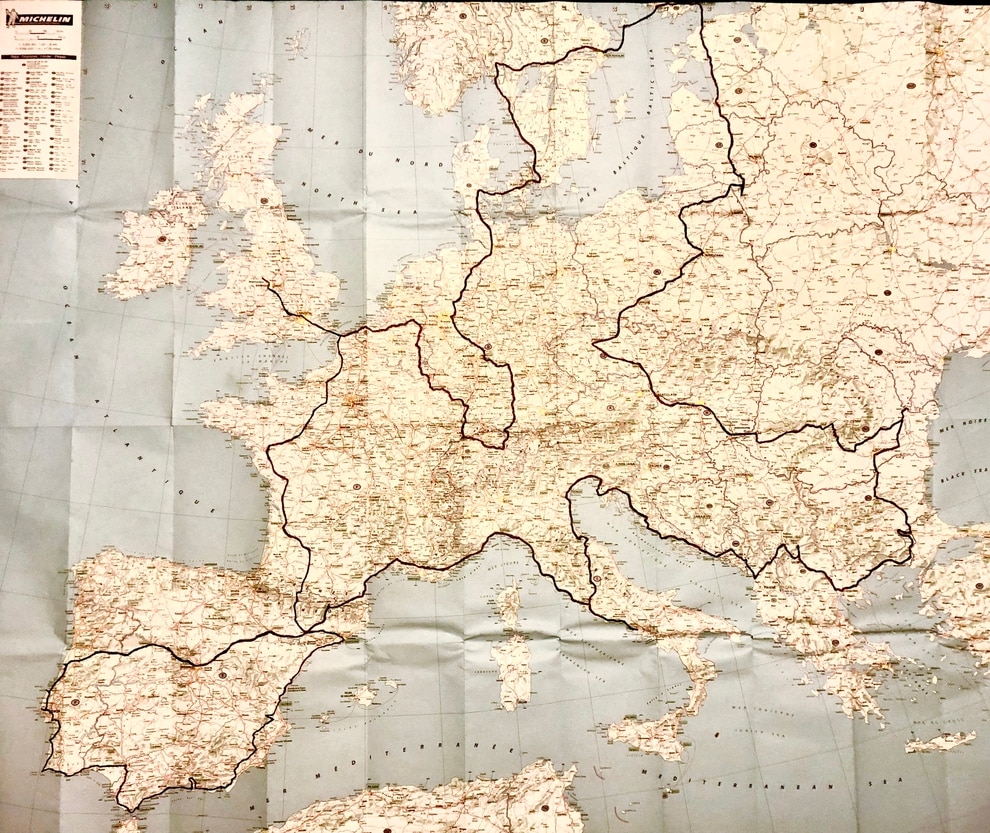 Hayden's map of his trip The Transfagarasan mountain pass in Romania 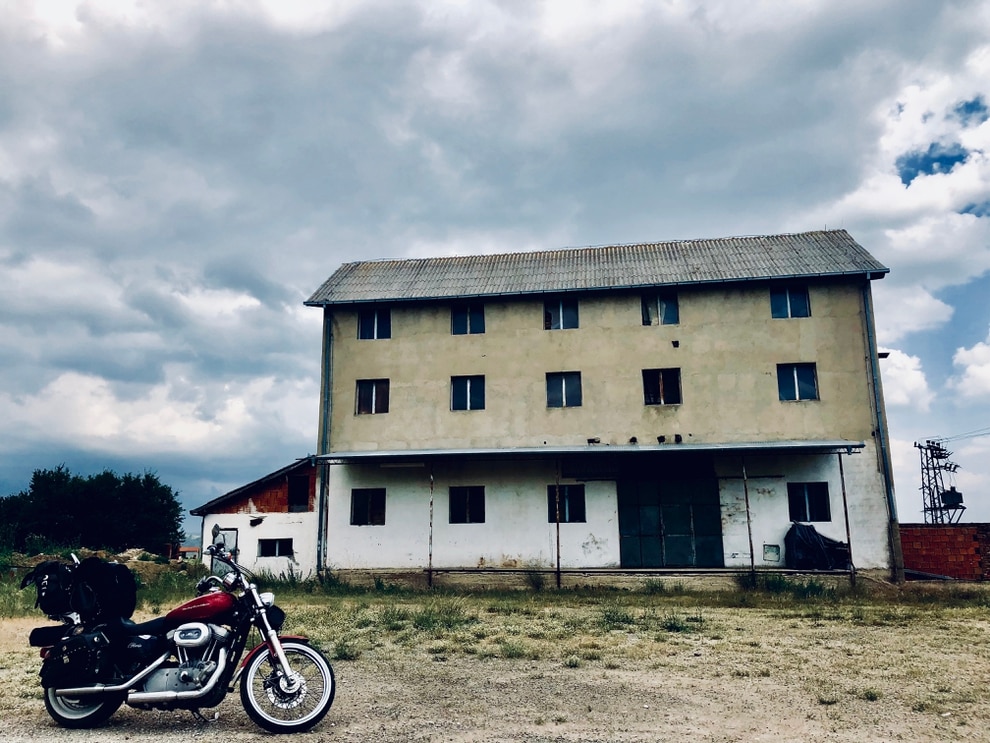 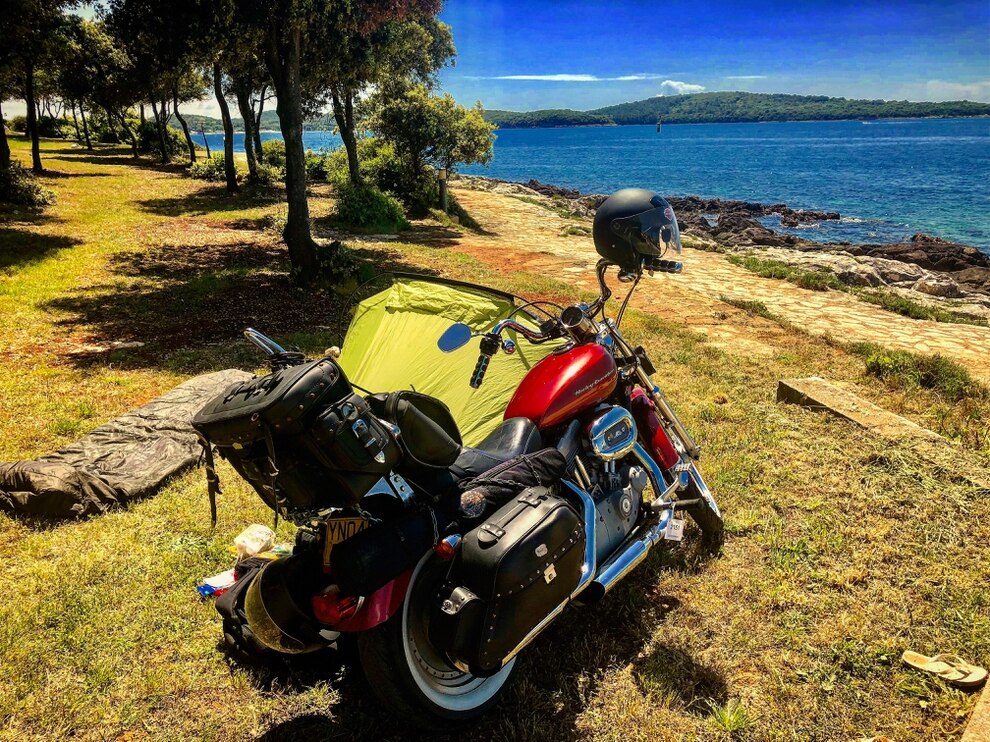 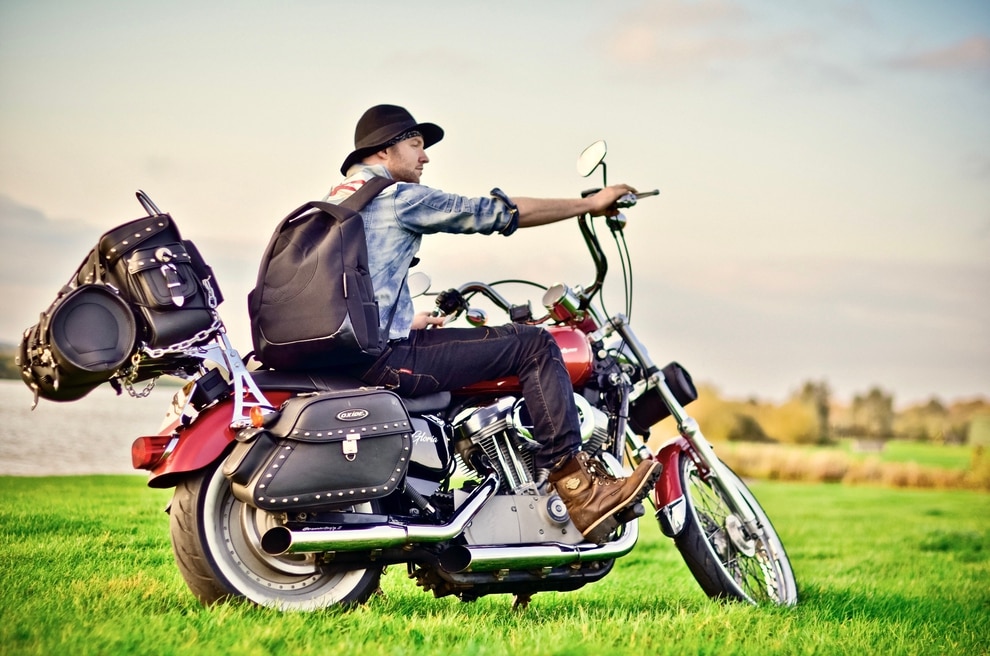 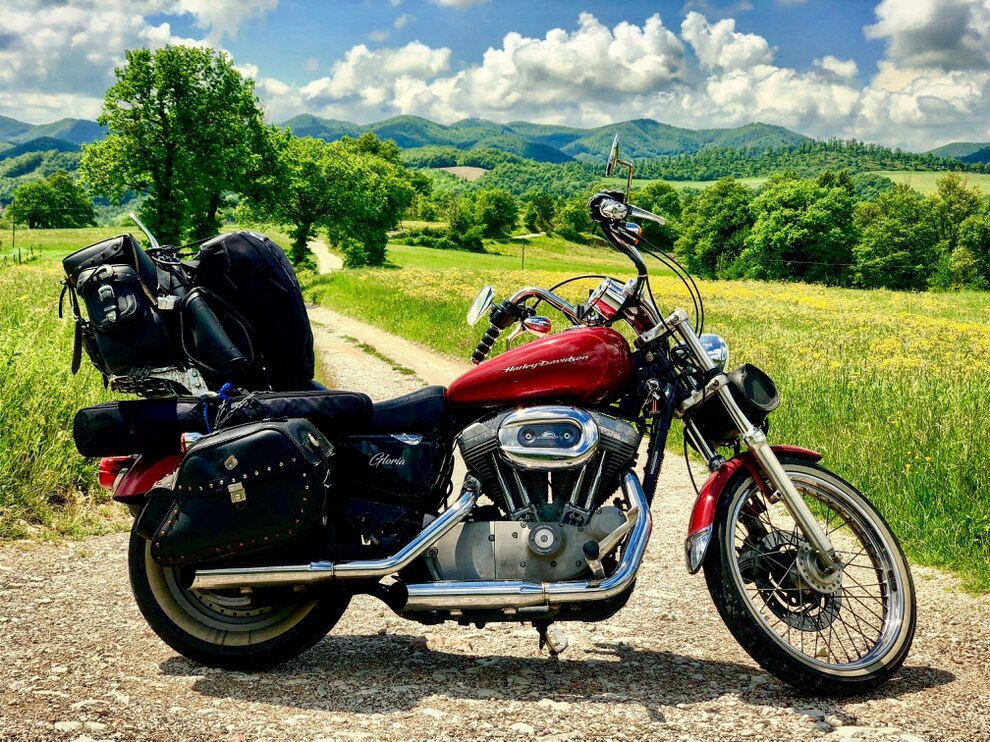 Gloria in the Italian countryside 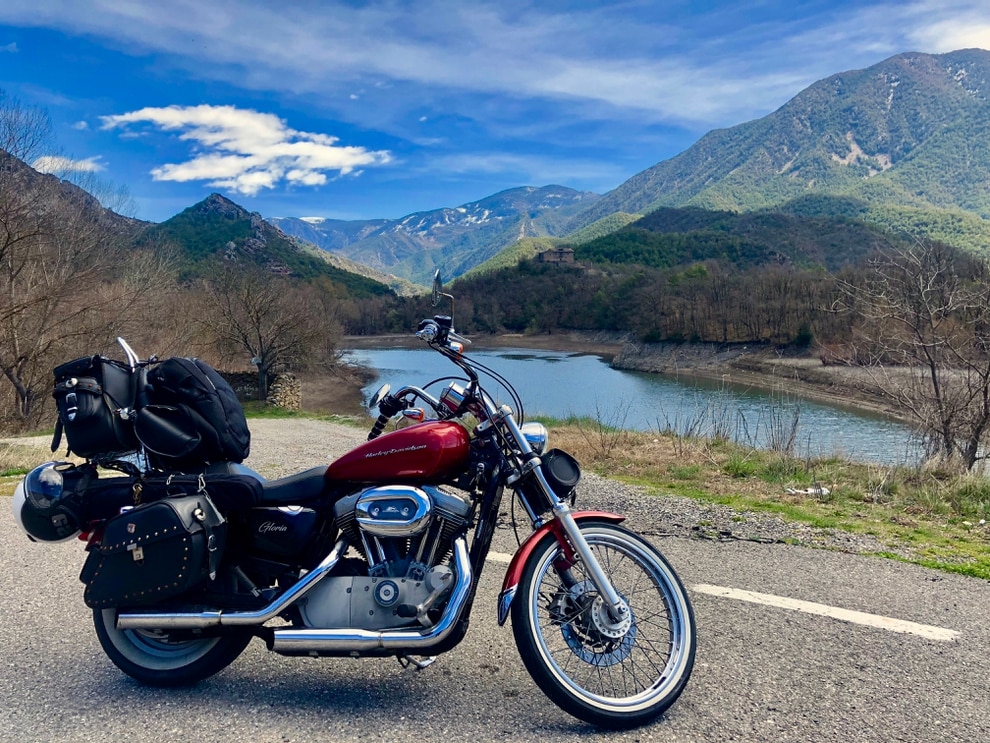 Hayden Lee decided he wanted to test out his Harley Davison on a trip to London, and the idea quickly became a year-long journey.

Before long he was riding through France, carrying everything he own on the back of his bike, with a checklist of 41 other countries to visit.

"I have these ridiculous ideas and I tell my friends and they tell me I shouldn't do it," the 29-year-old said. "This time nobody did, so I did it."

Hayden, who owns a podcast production company, started his trip on October 16 last year, and returned to Edgmond, near Newport, on September 21.

There was zero planning, he said, and as time went on he found himself relying less on the few things he was carrying to guide him.

"I started out using maps, following a rough direction, but it was too restrictive," he said. "That was not freedom in my mind, so I started using a compass. That became too restrictive, because if I was going in the wrong direction it didn't feel right.

"In the end I just started heading in the right direction, thinking hopefully I'll run across these countries.

"One of the hardest parts was working out which countries are in mainland Europe. People have different ideas – some say 30, others say 40. Initially there were 43 that I could count.

"I was saying almost the whole journey that I'd be doing 43, just so nobody could say I hadn't done it. I found out Kaliningrad wasn't a country, but a Russian city, so I ended up doing 42."

Although Hayden could do whatever he wanted and go wherever the road took him, he found himself becoming lonely without regular human contact.

He had his trusty bike, a XL883c which he nicknamed Gloria, but the conversation wasn't what he expected.

"I would do a lot of camping," Hayden said. "Often I'd just camp by the side of the river, listen to some 70s music and have a pint.

"Occasionally I'd end up talking to the bike. When the bike starts talking back you know you've got to start meeting people.

"I spoke to hundreds and hundreds of people. Border crossings were some of the most fun. I invite things to go wrong, because the way I see it either everything goes right or you get a good story."

And Hayden has a lot of stories – from flirting with Russian beauties over Google Translate to sneaking over the line to grab a quick selfie and tick a country off the list.

It was often fun, but also more than a little dangerous.

"I was arguing with this heavily armed Ukranian border patrol," Hayden said. "I said I'd go in, take a picture and leave, but they wouldn't let me do it.

"I was on that road anyway, I was there, I just showed him what I was going to do – step over, take a little photo and then the job would be done. But I'd already done it while I was demonstrating.

"He hated me. When I put the phone up to show him, he said something in Ukranian and then pointed at his gun."

The cost of freedom – including the freedom from maps and compasses – was sometimes going off the beaten track.

Hayden accidentally found himself travelling up the Pyrenees, and it was only a made up song that kept him going.

"I was in France, it was winter time," he said. "It was raining and I thought to myself 'tonight I'm going to be in Barcelona'. I'm going to get myself there and it's going to be warm.

"I soon found myself going uphill. Thought 'what's going on' – turned out I was summiting the Pyrenees.

"The ride took six hours. It was raining the entire time. The water was going into my boots and it was trying to freeze.

"The only thing that kept me going was my song, 'I'm going to be in Barcelona', where it was going to be warm.

"I was trying to keep myself alive. I suddenly realised I hadn't spoken to myself in a while. I actually said 'You're quiet', and I responded 'So are you'. Then we both laughed – it was the weirdest moment."

And although Hayden has been back in the UK for a couple of months, his return will be short-lived.

In January he'll be moving to Brazil for a year.

"I've been there a bunch of times. I'm just going to live out there, live a Brazilian life, and get into fighting shape."

When he's ready, he will return to the UK and get his black belt.

Hayden is the owner of Podcast Masters, a podcast production company that makes online broadcasts for companies such as Toyota.

"We started it two years ago with one client, we've never advertised and now we've got more than 60," Hayden said.

"I found a job where I've got the freedom of time and location, and now we're getting large it's promising financial freedom.

"In the future I want to go across the States, either in a camper van with a dog or on the back of the motorbike. I'd like to come back and get my black belt. The world is kind of open, though. We'll just see what happens."