The Ironbridge Gorge Museum Trust is expected to lose £4 million in revenue as a result of the coronavirus outbreak and the earlier flooding, it has been revealed.

Roz Chandler, marketing director of the museum, admitted job losses were a possibility, but declined to give details.

The trust, which operates 10 sites across the Gorge, reopened the Blists Hill Victorian Town, Coalbrookdale Museum of Iron, the Museum of The Gorge and the Iron Bridge Tollhouse on Saturday.

But the Enginuity museum at Coalbrookdale, the Broseley Pipeworks, and Jackfield Tile Museum remain closed until further notice.

Visitor engagement director Justin Tose said initial numbers since the sites reopened had been encouraging, with 500 coming through the doors of Blists Hill on the opening Saturday, and the numbers broadly being maintained over the days that followed.

But he said this was still about half of what he would normally expect at this time of year.

Mrs Chandler said there was no immediate threat to the future of the museums, but said their long-term survival would depend on people visitors returning.

She said the museums had lost £2 million in income since they closed at the end of March, and were budgeting for a £4 million loss of revenue by the end of the year.

"We are under threat," said Mrs Chandler.

"We have budgeted for a £4 million loss of income by the end of the year, so we will be able to cope with that.

"But it costs £10,000 a day to keep our museums running, and we can only do that if we have visitors.

"We are doing a lot of fundraising to keep Ironbridge running."

The trust received a £500,000 grant from the Arts Council's Emergency Response Fund earlier this week.

Mrs Chandler said that while this money was very welcome. it was a 'drop in the ocean' compared to the amount lost as a result of the pandemic.

Mr Tose said Blists Hill had been able to reopen all but four of its 60 exhibits.

He said he was encouraged that visitor spending while at the site had largely held up. 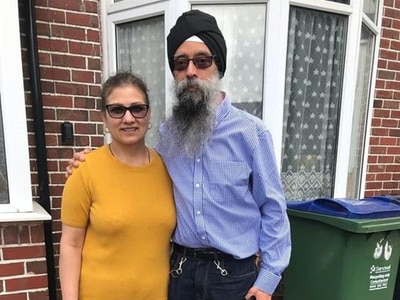