Call for action over youths using nitrous oxide in Newport

Councillors have voiced fears over incidents of youths in Newport using nitrous oxide - and warned people involved of the risks to their health.

Newport's Safer Neighbourhood Team revealed last week that three youths were given "anti-social behaviour interventions" over the use of nitrous oxide in the Queen Elizabeth II Park in Church Aston.

The incident has raised concerns among town councillors, who say the use of nitrous oxide, also known as laughing gas, has been a problem in the past – and is something they are keen to prevent getting out of hand.

"This has been going on for a long time," said councillor Peter Scott. "It started to become prevalent about five years ago and there were lots of little capsules being found around the town.

"We highlighted, at the time, what the problems and issues were in terms of both health and the impact on the environment through the littering.

"It went quiet for a while but recently, not only has there been a return of the problem but those involved are using larger canisters.

"It is a concern. It tends to go hand in hand with anti-social behaviour and we need to come down on that as well as highlighting the dangers involved."

Councillor Eric Carter added: "It's one of those issues which seems to be happening locally as well as nationally.

"We have had issues in Norbroom Park in the past and we have currently got issues in Church Aston, in the park area.

"I think we need a combination of parents, teachers and police acting together to make sure those involved are aware that what they are doing is not acceptable and that they are putting themselves at risk."

Councillor Thomas Janke added: "Sadly is seems this issue is once again creeping back into our community. It's important to understand that for the sake of a very temporary high, you are risking your health."

PCSO Hudson said: "Although nitrous oxide has many legal uses, it is illegal when sold as a psychoactive drug.

"When the substance is inhaled, it can cause the user to have hallucinations.

"Repetitive use of the substance has been known to cause death in some cases and so we encourage parents and guardians to be aware of the dangers of the illegal use of nitrous oxide." 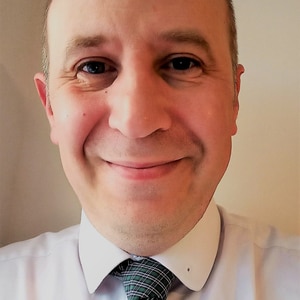 Much Wenlock | 4 hours ago