A horse rider who found a popular path blocked with rubbish dumped by flytippers has been told it is the private landowner is responsible for clearing it.

Regular rider Charmaign Stewart, of Telford, was furious when she found her usual triangular walk near Muxton blocked by discarded shop furniture and fittings - resulting in broken glass left strewn on the ground.

After posting images of the mess on the footpath near Granville Park on social media, the images have been shared hundreds of times on Facebook.

The items, including retail fridges, are thought to have been left at the location on May 13, between 1.30pm and 5pm, by a white goods van.

Mrs Stewart, 22, of Oakengates, said she was dismayed to discover the items while out exercising her horse Douglas with a friend.

The pair were riding along the route known locally as the triangle between Lilyhurst Road and Granville Road which is used by more than 100 horses.

She said she had complained to Telford & Wrekin Council about the issues but there had been difficulties getting the situation addressed because footpath is classified as 'unowned'.

In a response in Mrs Stewart the authority stated: "We can confirm that this is not the responsibility of the council. We can only help with inquiries relating to issues on council owned land."

She was advised to check the Land Registry for the owner's details. 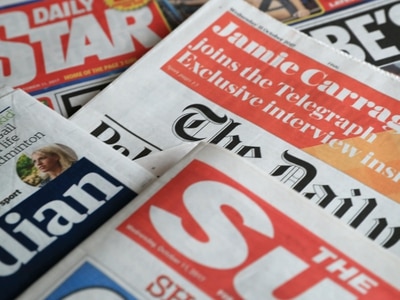 US to proceed with first federal execution in almost 20 years