Lines of burning fire cans were laid out along the River Severn near Telford in memory of those who died during a little known ferry disaster. 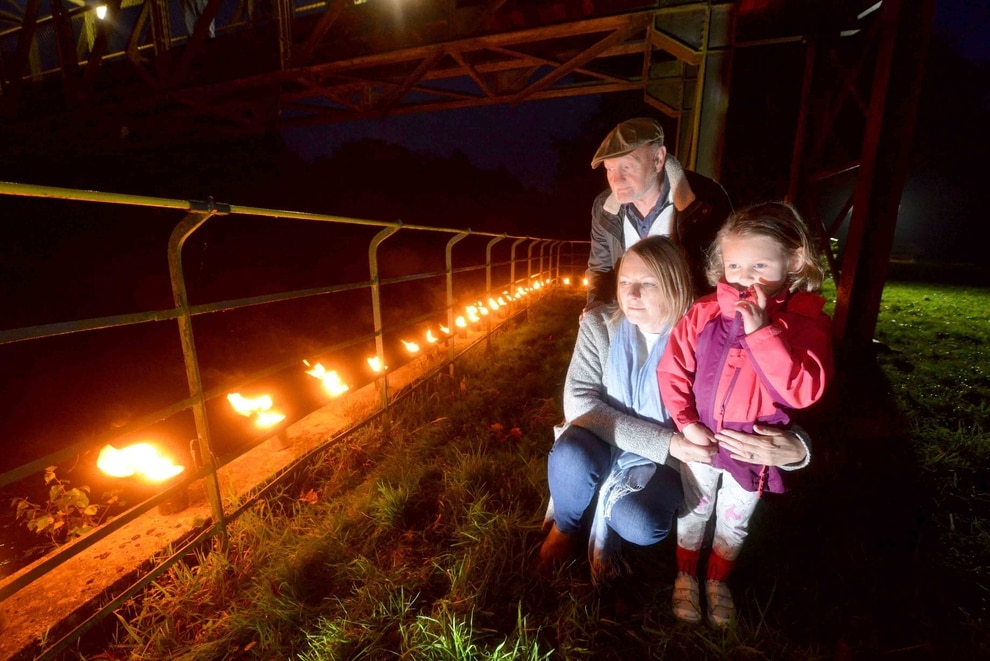 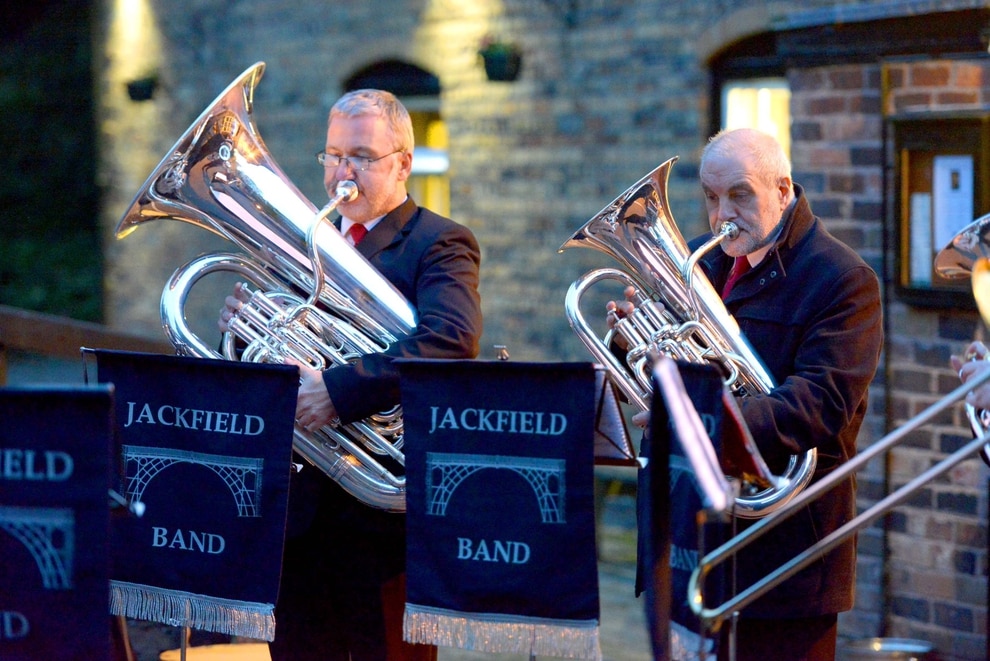 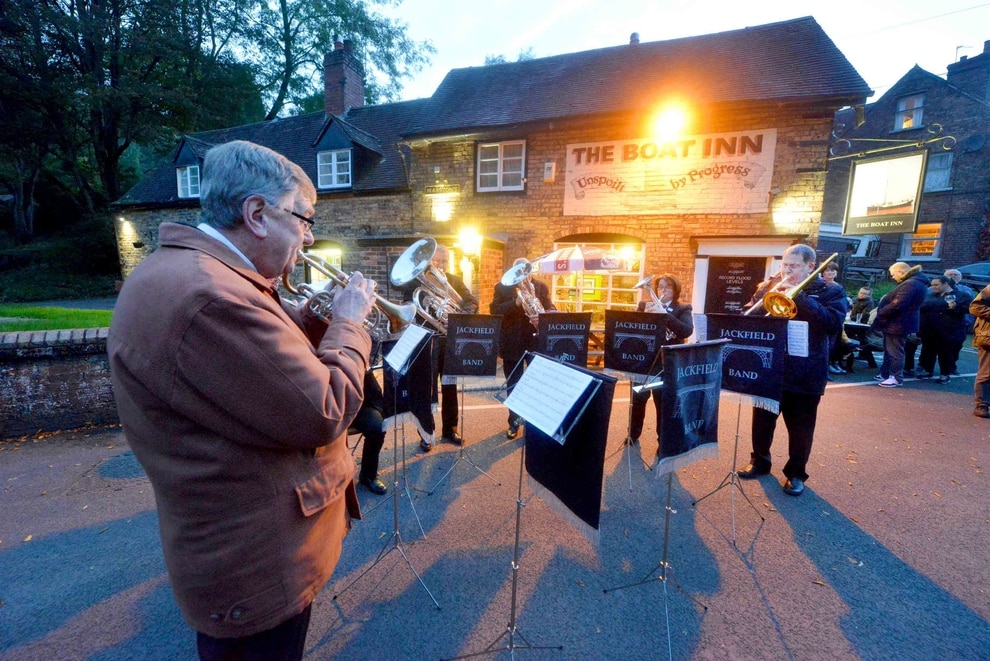 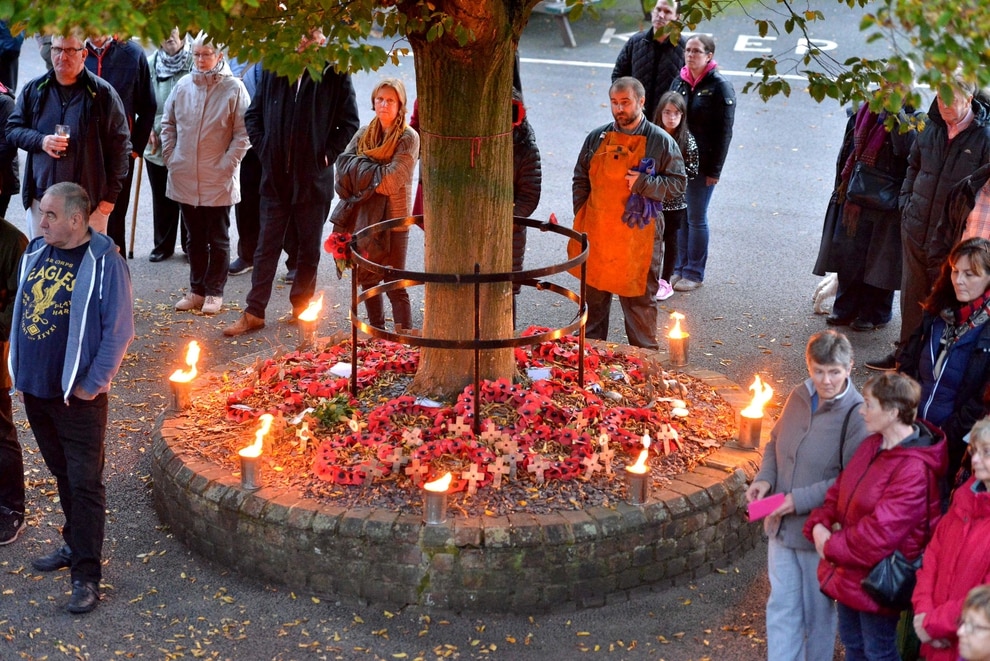 About 80 people gathered to take part in the ceremony 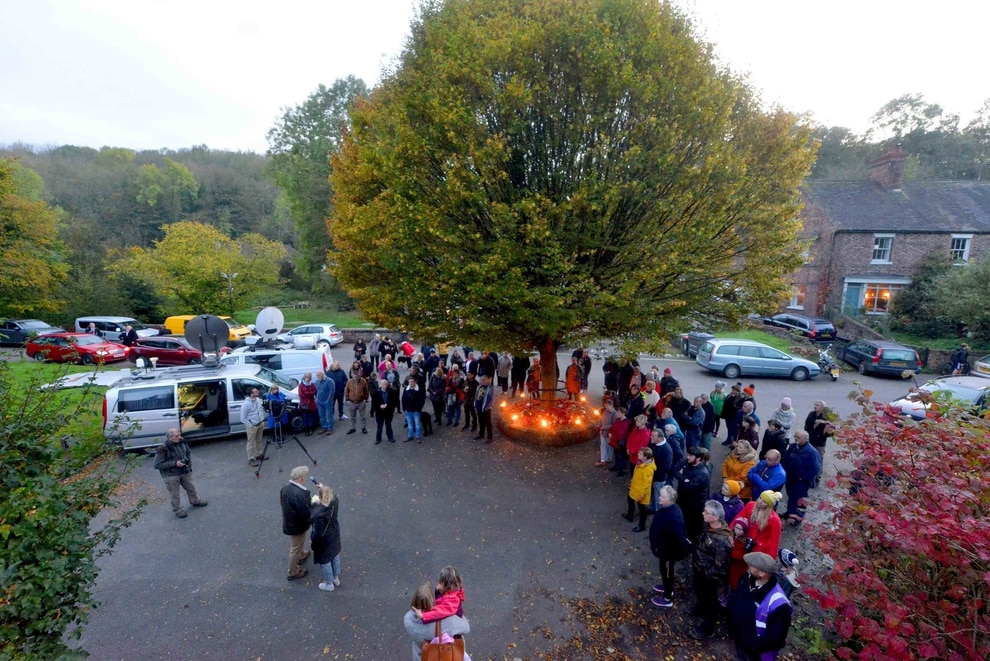 About 80 people gathered to take part in the ceremony

About 80 people turned out to pay their respects to the 28 victims who died when a boat carrying workers from what is now the Coalport China Museum capsized in the River Severn at 9pm on October 23, 1799.

The event was the first step towards getting a permanent memorial built to those who died.

Councillor Carolyn Healy, Telford & Wrekin Council's cabinet member for the Ironbridge World Heritage site, said: "It was really moving. We had more people than we were expecting and it was great to see so many people interested in learning about what happened.

"It's a very tragic story, but it's also something people can relate to. It's about the ordinary people who worked in the Gorge, not the rich industrialists. It alo opens the door to how people lived and worked."

Watch our video from the ceremony:

Ms Healy said future events would be held, and that it would be nice to have a permanent memorial to those who died.

"We rightly have memorials to our war dead and to the Madeley Nine but nothing to these workers," she said. "We want to work towards an actual memorial so it doesn't become forgotten again."

The evening included speeches, hymns from the Jackfield Brass Band and a minute's silence.

On October 23 1779, a ferry boat carrying 43 Coalport China Factory workers – men, women and children – started out to cross the River Severn between Jackfield and Coalport in the dark and thick fog.

After picking up an extra shift, the hardworking team were looking forward to getting home after not leaving until gone 9pm.

They walked along the canal to a boat provided by Richard Reynolds, which was supposed to take them over the Severn to the south bank to get to their homes in Jackfield and Broseley.

The china works at Caughley and Broseley had been amalgamated not long before and a new works in Coalport created, necessitating boats to carry the workforce across the river.

But as the ferry was travelling over the river, if got stuck and then suddenly capsized.

Of the terrified workers, many of whom couldn't swim, 28 died. Many were women and children, several of them under 13 years old.

There were many factors contributing to the death toll – shock of immersion, darkness, the fog, the fast flowing river and few people living nearby to offer assistance.

The campaign is being led by resident Bob Herrick, who said he wants to increase knowledge of the disaster and a permanent memorial to those who drowned.

“The 1799 Coalport ferry disaster has become a largely forgotten piece of history that deserves to be retold as it greatly affected so many local people and their families," said Bob, who has been researching the incident for several years," he said.

"These were small communities. Employment tended to run in families. Three of the children were all sisters. We had a brother and a sister and two fathers with daughters.

"The victims were buried in different parts of the area, there's no memorial to them. The area is known for the industrial revolution, but we'd also like it to be about remembering these people."

It is the latest effort to get historical deaths remembered within Telford.

The Cinderloo 1821 group has been raising awareness of the uprising near where the Forge Retail Park is today, ready for its 200th anniversary in 2021.

The little known piece of local history saw many of those marching injured or even killed during a clash with the Shropshire Yeomanry over wages.