Ready, set, go! – some of Telford's budding athletes got a visit from Paralympian Mickey Bushell, who opened their new daily mile track.

The new track means Grange Park joins 8,890 schools and nurseries across the world that are already taking part in the scheme. It was made possible through £4,000 from Telford & Wrekin Council’s Let’s Get Active Grant.

The free initiative sees children run or jog at their own pace each day for 15 minutes. The school is also opening the track on Thursdays after school for parents to join in too.

Zoe Meredith, assistant headteacher at the school, said: "We think it's really important that children have exercise at least three times a week for 15 minutes because there's research to show it improves their mental health, emotional wellbeing and also improves their physical activity and health.

"The children have absolutely loved it. They're keen to go out every day." 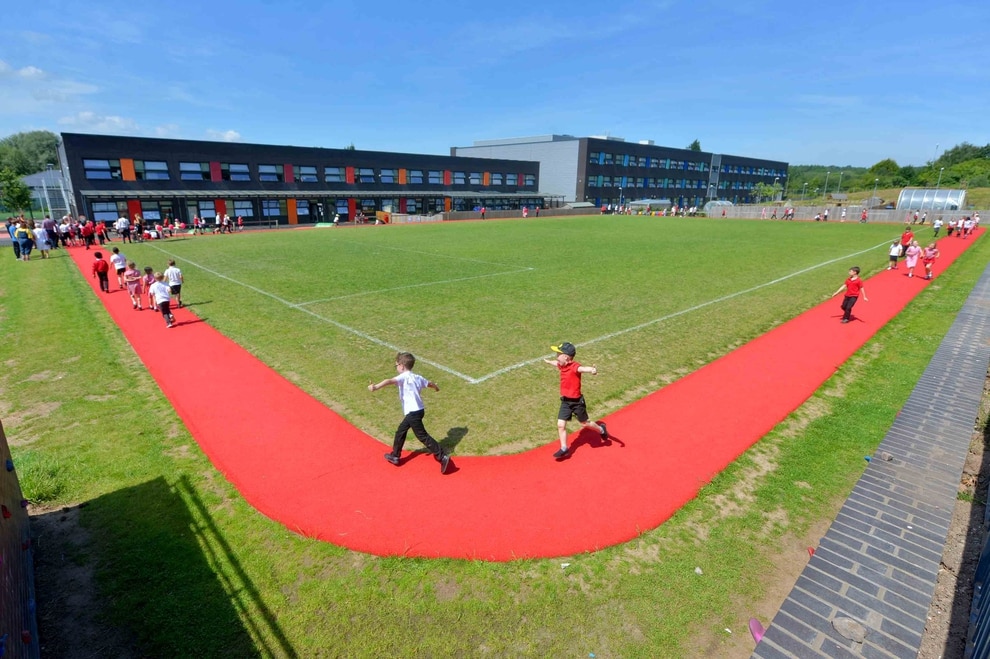 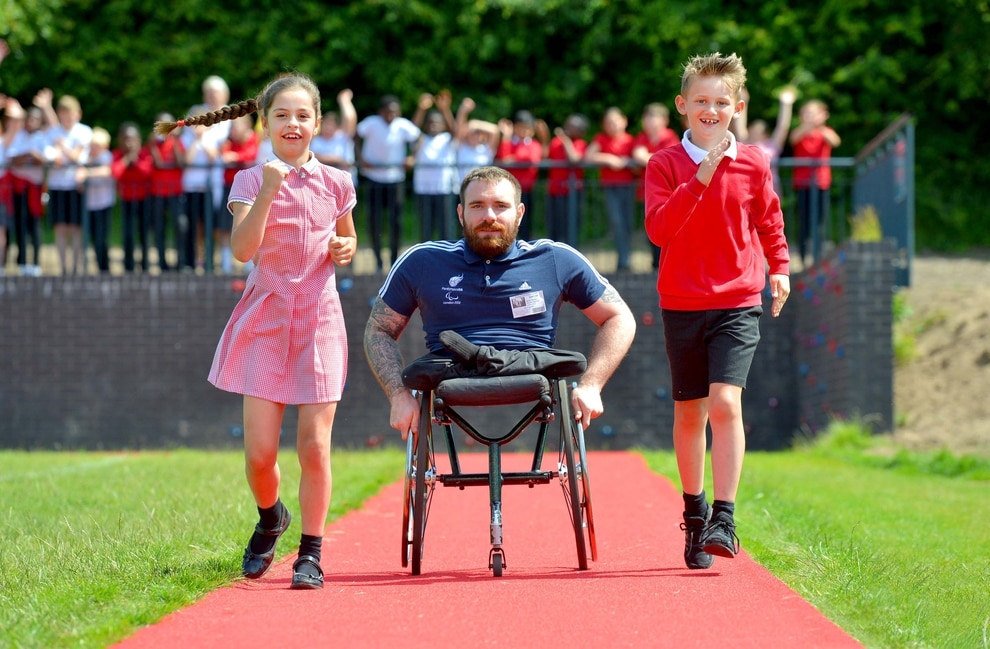 Mickey Bushell with Millie Wilson and Carter Newton, both 9 Mickey Bushell leads the way on the school's new track Mickey said: "The track is great. Having a facility like this at a primary school is great for the kids, it's a great way to get active and all round I think it's really good."

Mickey took a break from training for the world championships in Dubai later this year to perform the opening ceremony, cutting the ribbon to declare the track officially open.

He is also in training to appear at the Tokyo Paralympics next year.

The driving force behind the project at the school was Lee James, head of extracurricular sport.

He said: "It doesn’t need to be a grand event, just when the time is right to allow everyone to get out and run or move about for 15 minutes for some time to talk, laugh, get muscles warmed up and positive vibes going."