Telford's Mike is the lord of the fly-traps

If you’re a fly or a wasp, it’s probably wise to give Mike King’s Telford garden a swerve. His two huge greenhouses are filled with 6,000 plants that gobble them up at a prodigious rate. 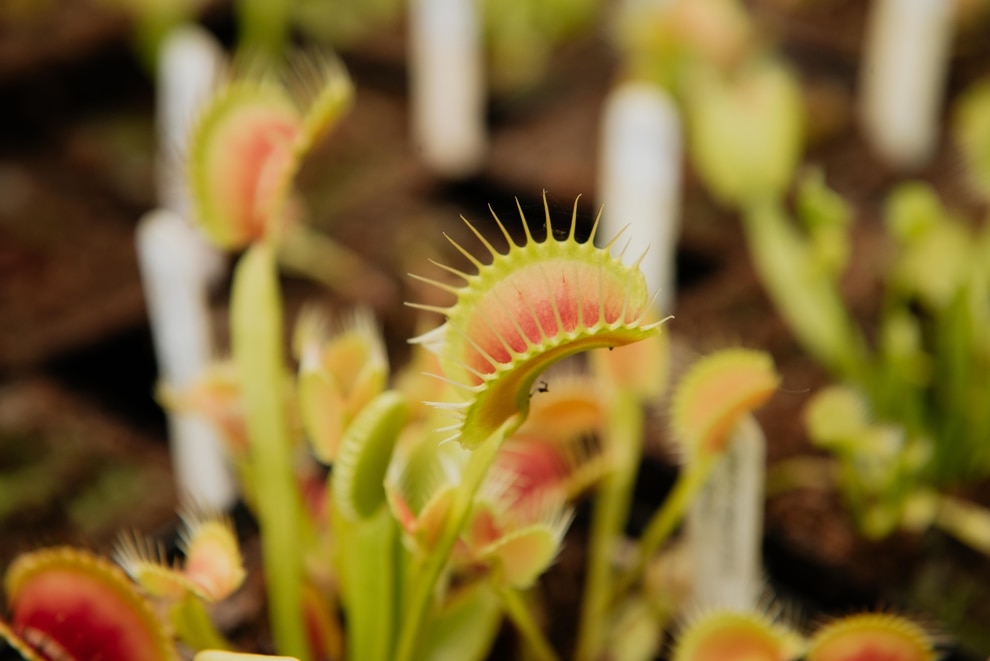 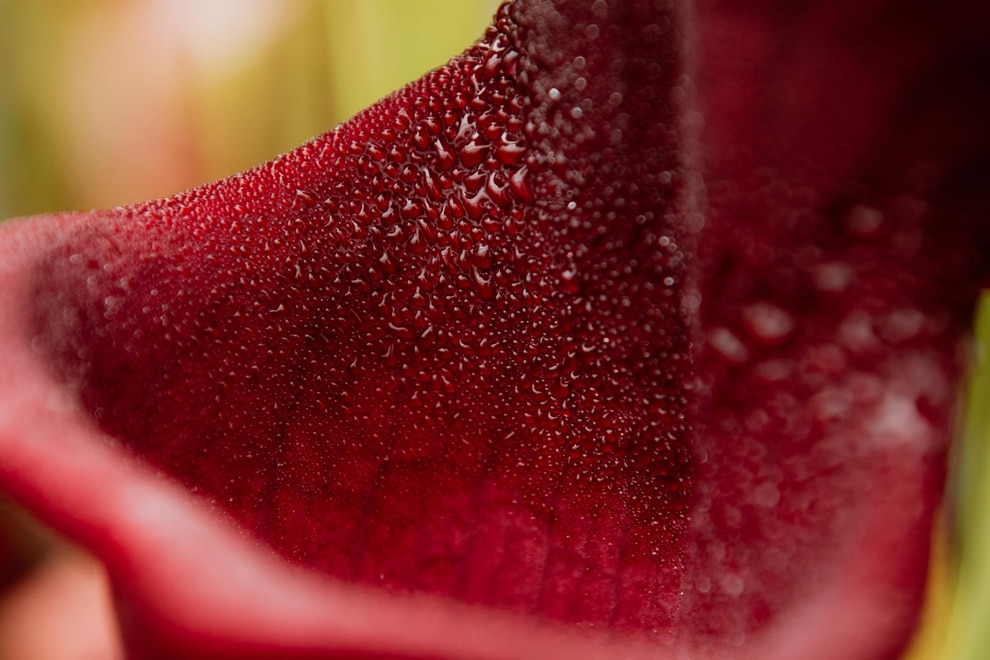 A close-up of a killer leaf 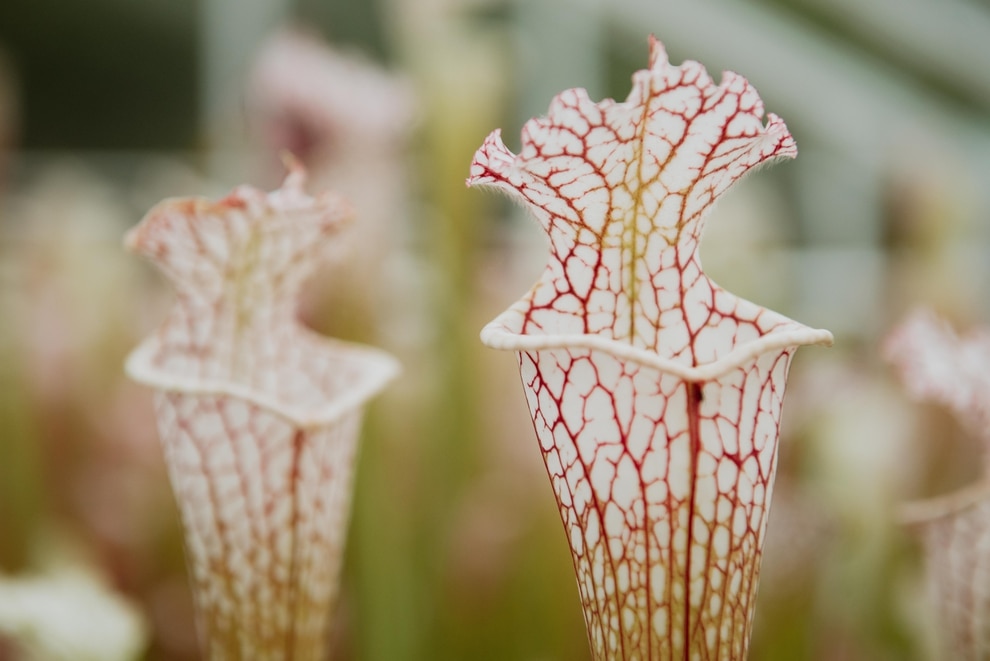 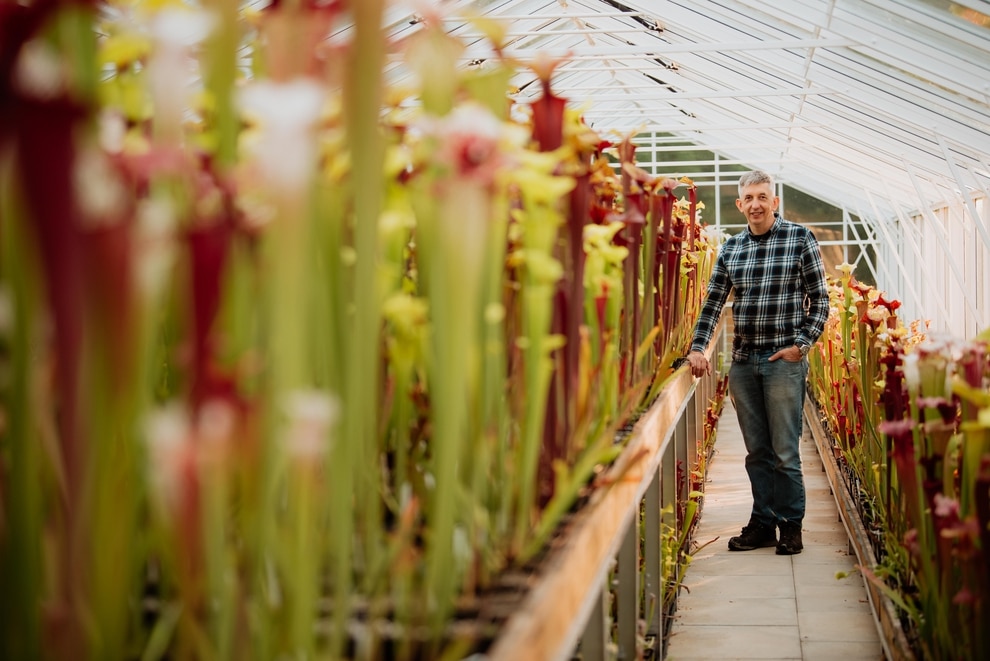 Mike King with his fly-traps 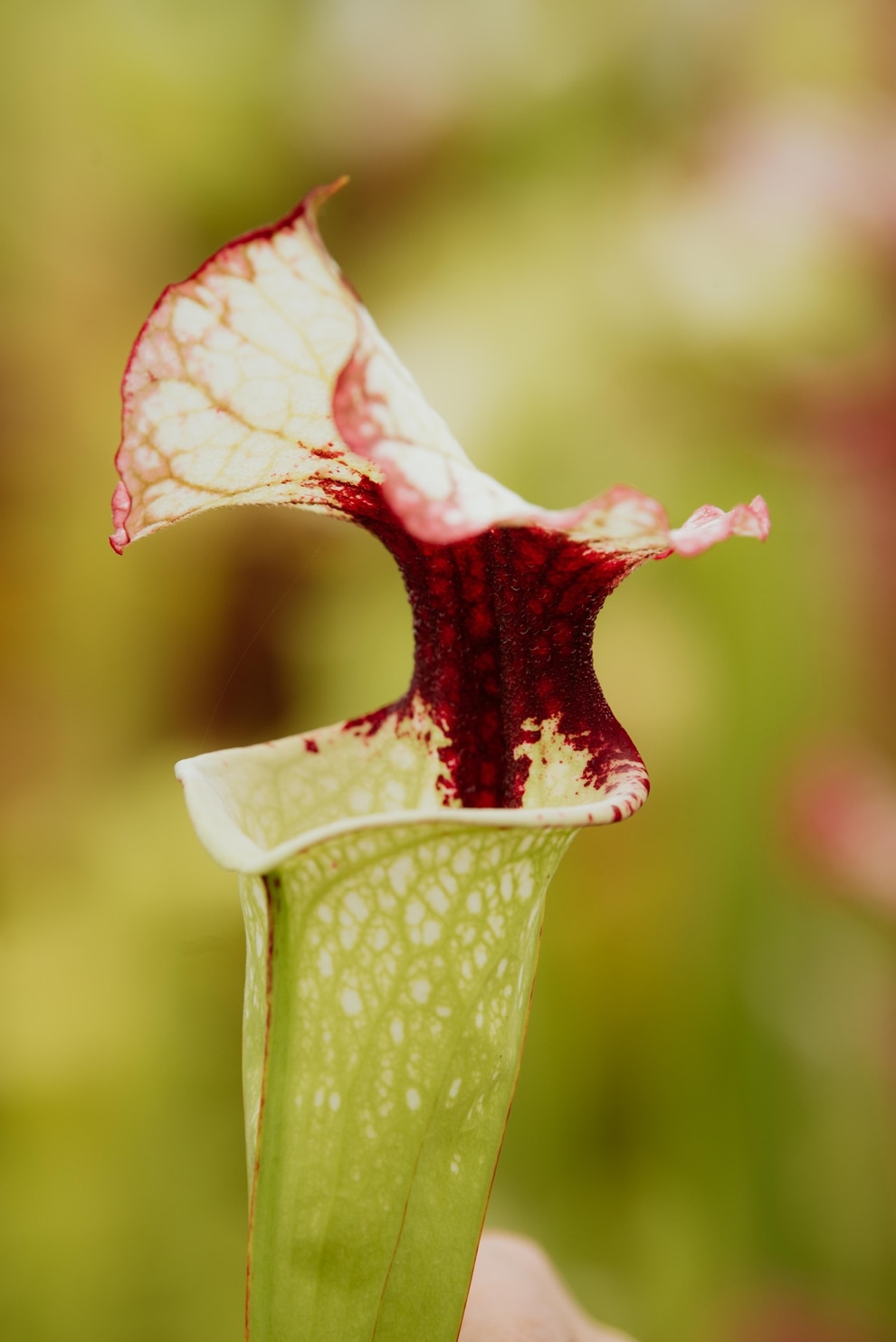 “Each leaf will get through over 1,000 flies over a summer,” says Mike, who has been growing carnivorous plants for 40 years.

That is a lot of flies. Even if each plant had only a single leaf – in reality there are many more – that’s two million a month, in one man’s garden. Where do they all come from? Does he have to buy flies in to feed their voracious appetite?

“No, nothing like that, they all occur naturally,” he says. Who would have known that flies and wasps were so populous?

Mike, from Wrockwardine Wood , is a big name in the carnivorous plants world. His 1,500 sq ft greenhouses are packed with some of the rarest species on the planet, and is one of just two designated ‘national collections’ in the UK.

“People come from all over the world to see them,” he says. “I have had somebody come from Florida.”

He also exports plants to a variety of countries, with customers in New Zealand and Australia, and sells them to customers around the world, although this is very much a secondary aspect of what is very clearly a labour of love.

Most people will be familiar with the Venus fly-traps, which famously appeared in an advert for Peperami in the 1980s, and indeed this was Mike’s first introduction to carnivorous plants as a 14-year-old in 1979.

But they are just part of the world of meat-eating horticulture, and much of Mike’s work these days goes into sarracenia, or pitcher plants which originate from North America. He has more than 4,000 of the trumpet-like plants which can grow to heights of more than 3ft, and he speaks with a passion as he talks about the different colours and markings.

Carnivorous plants were something that fascinated him from a very early age.

“The idea that a plant could deliberately catch and kill its own food was something that fascinated me,” he says.

“I bought my first Venus fly-trap at Waterloo station in 1979. I had been to Kew Gardens, but they wouldn’t sell them there, and I saw one at the station on the way home.

“You used to be able to buy these kits to grow them in a plastic dome, and I grew it on the windowsill. Somehow I managed to keep it alive, and it went from there.”

He still has the 40-year-old plant which started it all, although it is not one of his favourites, and he is much keener to talk about the countless special varieties of pitchers he has developed himself. His favourite at the moment is one he has called ‘Angel of Death’.

“I love that light colouring with the red border,” he says. At the moment, the plant is about 2ft high, but Mike says it could grow much bigger.

“It’s just a baby at the moment, it’s only four years old, but it could grow to be about three-and-a-half foot.”

The pitchers attract their prey by secreting nectar, although their colour and scents are also designed to lure insects in. Once inside the long trumpet they will die and be digested by the plant.

The Venus fly-trap’s means of snaring its prey is a little more dramatic. Its red, jaw-like leaves will snap shut if the hairs that line them are disturbed twice within 20 seconds.

Maintaining such a large collection takes a serious amount of work, and Mike devotes a good 20 hours a week to looking after his plants.

“They need rainwater to survive, he says. To this end he has developed a most impressive irrigation system, which will collect up to 6,600 gallons of rainwater, and distribute it to all his plants. 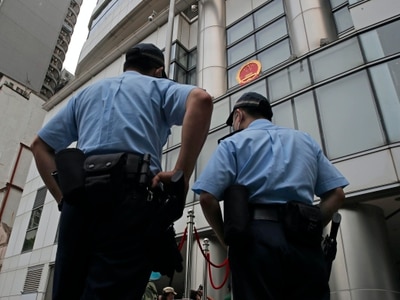