Telford teenager in coma after cold turns into sepsis

A Telford teenager has been left fighting for her life in an induced coma – after a simple cold turned into sepsis.

The 18-year-old is now relying on two life support machines after being transferred to a hospital in Manchester for further treatment.

Whitney is still in a coma and her condition is life threatening, but her family say they remain hopeful that she will pull through and make a full recovery.

Whitney’s mother Suzanne has been forced to quit her job to care for her daughter.

She makes the trip from Telford to Manchester and is also heading a social media campaign to raise funds to make visiting Whitney easier for the family.

More than 570 people are following Whitney’s story on Facebook, and the family say they have been overwhelmed by how much support they have received.

Wendy Burford, Whitney’s grandmother, said: “As a family we’re living day-by-day as everything is now down to chance. It has been such a shock to everyone as Whitney was so young and full of life.

“We are remaining hopeful that Whitney will pull through and wake up soon. Of course, we want to do as much as we can to help family members who want to visit and support Whitney and make regular visits.

"Her mother, Suzanne, has been so strong throughout it all. She’s had to give up her job in order to care for and visit Whitney in hospital. Manchester is quite a way and affording to travel on a regular basis is tiring and very expensive.”

A night of fun and entertainment was held in an effort to raise funds for travelling family members and friends. The evening held at The Venue, Madeley, included a guest appearance from Goggle Box’s Sandra Martin, a prize raffle, live music from several local performers, as well as signed memorabilia from boxer Richie Woodhall which was auctioned off.

Wendy added: “We held this big event in the hope to raise as much money as possible to help family care for Whitney.

“We had a fantastic evening and would like to thank everyone who has got involved and showed their support so far.”

A statement on Whitney Martin’s Well Wishes page said: “I can’t thank enough the family and friends and even people who don’t know Whitney supporting us.

“It was an amazing night – thank you.”

The family says it would like to thank Dani Smith and some other family members for organising the event.

To find out more information about Whitney or how you can help by making a donation visit justgiving.com/crowdfunding/rebecca-bishop

Sepsis, also known as blood poisoning, is the reaction to an infection in which the body attacks its own organs and tissues.

It can occur in both children and adults and can be life threatening when left undetected.

The condition kills at least 44,000 people each year in the UK and is one of the country’s biggest killers, yet is not widely understood by the public.

It was revealed this week that the star of a Scottish TV show has had both legs and her right arm amputated after she contracted sepsis when she took ill with a kidney stone.

Medics broke the news that Annie Caddis, 54, star of The Scheme, would lose her limbs when she woke from a coma five weeks after an emergency operation. 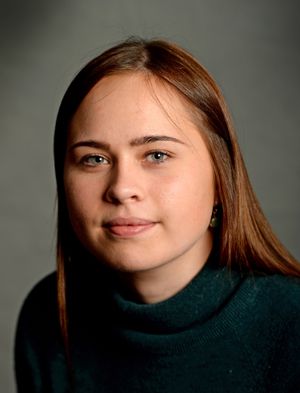 Cost of living | 7 hours ago

Government dismisses criticism of tax cuts as ‘politics of envy’

'I had such a good night out': Radio 1's Jordan North hails Shrewsbury to listeners

Toby Neal: Why the free world is holding its breath

Peter Rhodes on a dictator's gambit, the BBC on top form and a lesson on tax cuts

Plans for tourism tax in Wales come under fire

College students in the running at new county music awards