Defibs being installed at train stations

Life-saving defibrillators are being installed in a number of railway stations across the Wales and Borders route including Shropshire.

Network Rail and Transport for Wales have been working in partnership to install the devices that gives a high energy electric shock to the heart of someone who is in cardiac arrest.

Many Transport for Wales’ busiest stations already have defibrillators.

Within this tranche of funding, 21 railway stations have been equipped with defibrillators at a cost of more than £21,000 and the roll out of their installation has now been completed, having started in March this year.

They include Craven Arms, Knighton, Llandrindod Wells and Wrexham.

Bill Kelly, Network Rail’s route director for Wales and Borders, said: “Putting passengers first is at the very heart of what we aim to achieve at Network Rail and nothing could be more important than the health and wellbeing of the passengers that travel on our network. The roll out of more defibrillators to more stations really could mean the difference between life and death.

“With railway stations often experiencing high numbers of people passing through each day, there is a decent chance that at some point someone will be taken ill and in need to this piece of equipment, so having more of them in more stations really will make a difference."

Colin Lea, Customer Experience Director, from Transport for Wales, added: “It’s fantastic news that we’ve been able to install these new defibrillators around our network in partnership with Network Rail. We are blessed to serve both incredibly busy cities and urban areas, beautiful seaside towns and rugged and remote locations across Wales and the borders. We know our stations are not just places to get on a train, they are important community facilities. This investment reflects that and these defibrillators will be available to anyone in need in those areas.”

The defibrillators can be used by anyone following instructions on the equipment. 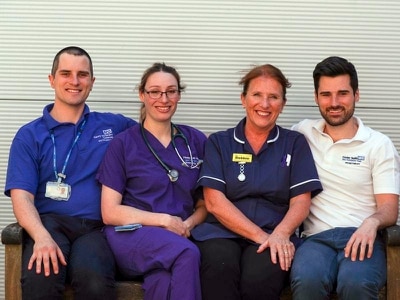