A Shrewsbury mum started a coronavirus awareness campaign using stickmen and it has spread to Spain, South Africa and Indonesia. Eva Mosley with her stickman 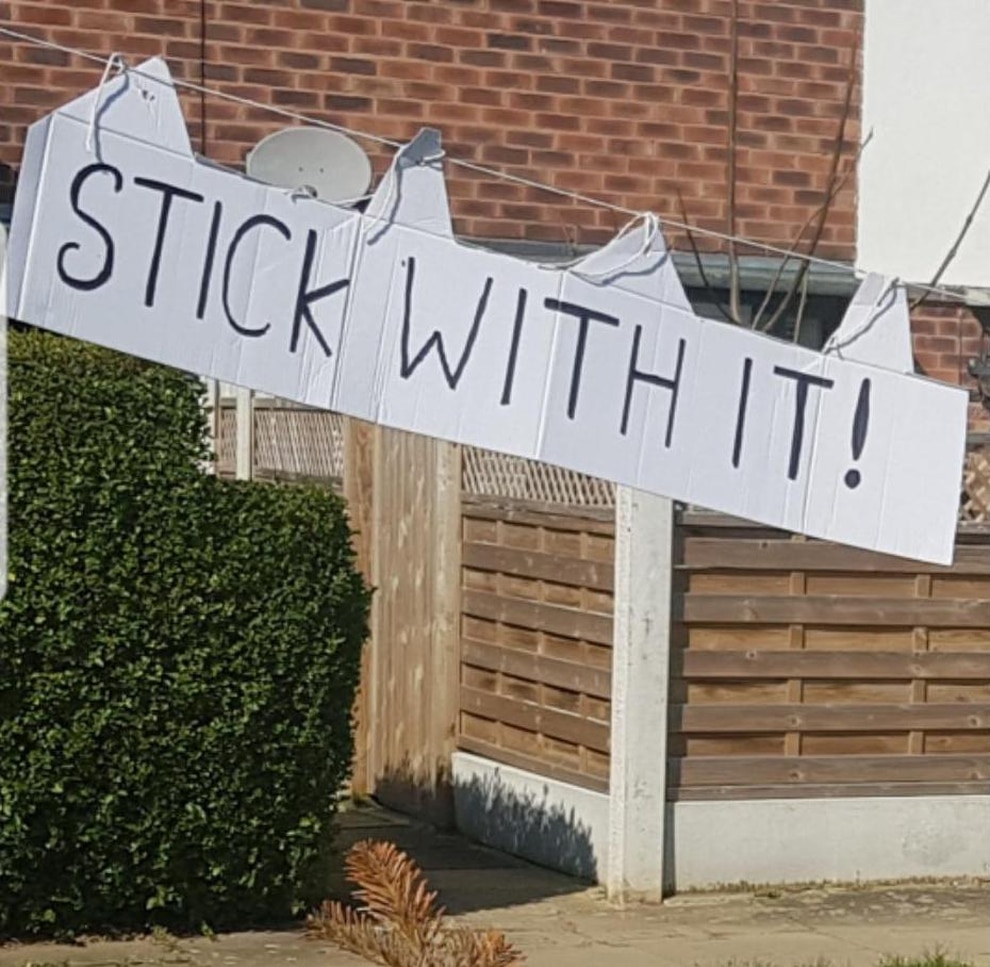 The message of encouragement

People from all over the world have been uploading pictures of their mannequins created using sticks and other materials with the reminder to 'Stick With It' encouraging people to keep their sense of togetherness even while observing social distancing rules during the coronavirus pandemic.

It all started in Meole Brace with Laura Mosley. Her six-year-old daughter Eva made a figure out of sticks the family found on a walk.

They put the stickmen on display in their garden as well as a sign with the encouraging message to 'Stick With It'. One of the figures is named 'Ivy' after Laura's granddaughter.

It quickly drew attention from the neighbours, with young passers-by taking pictures of the stick family and some people stopping their cars to see.

"I came up with the idea because people need to 'stick' together at the moment," Laura said.

"I put a Facebook group together and started adding people. We wanted to spread the message out there."

The group became popular in Shropshire and quickly spread worldwide, with families all over the world sharing their creations.

Search Facebook for 'Stick With It' to find the group.

Laura suggested that even families who can't get out but want to get involved could use lollipop sticks to make their stick men, women and children.