Young people around Shropshire are today getting the A-Level results that will help them map out their next steps in life – despite having not taken the exams.

A-Level and GCSE exams were cancelled this year, another casualty of the unprecedented coronavirus crisis.

As a result, 18-year-olds in Shropshire as in other areas had been braced to receive results based on teacher predictions – until a turnaround by the Government less than 48 hours before results day.

The Department for Education announced a "triple lock" late on Tuesday, so results will be the highest between estimations by algorithm, the results of validated mock exams they have completed and an optional exam later this year.

Schools minister Nick Gibb defended the decision and said students in England will be able to appeal their results if unhappy with them. Telford College, based in Wellington, confirmed that it would support students with their appeals.

The leader of the Labour Party, Kier Starmer, called the Government's sudden change of tack a "complete fiasco" and "shambolic".

He said: "To have an 11th-hour decision that’s caused widespread chaos amongst teachers I have been speaking to, families and young people – it smacks of incompetence."

Meanwhile the Shrewsbury Colleges Group principal said he had been given reassurances that students will be supported.

James Staniforth said: "We have been reassured that the students will get the right level of support with their results following the Government’s announcement yesterday detailing the ‘triple lock’ approach for the results.

"This means that students can have the options to accept their calculated grades, appeal to receive their mock results instead or sit autumn exams as a third option."

Whichever marks they wake up to, the results day experience will be different from normal for 18-year-olds.

Some schools are sending results online or by post, while others are still asking pupils to pick them up from the school in person.

Even for those getting their results alongside friends and family, the jubilant embraces and consolatory cuddles traditionally seen will not be a feature this year thanks to social distancing rules.

The Shrewsbury Colleges Group announced that its campuses would all be closed and that students could access results on the online portal.

The English Bridge campus will be open for A-Level students for bookable drop-in discussions with staff regarding next steps.

At the Grove School in Market Drayton, sixth form students were told "with a heavy heart" to stay home and expect their results over email first thing this morning.

In a letter home, headteacher Sonia Taylor said: "We want to be able to celebrate the achievements of all of our students in our usual way but as yet government guidelines do not permit social gatherings and are very clear that schools should only be inviting visitors onto school grounds if absolutely necessary.

"This leaves me and staff with a very heavy heart as we cannot invite all students in on our results days as we usually would.

"Staff will be available for advice, support and guidance via email, telephone and Teams. Students’ email accounts will remain active until August 31, 2020." 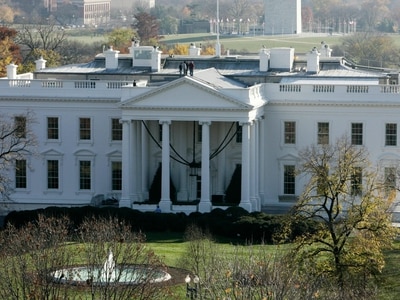