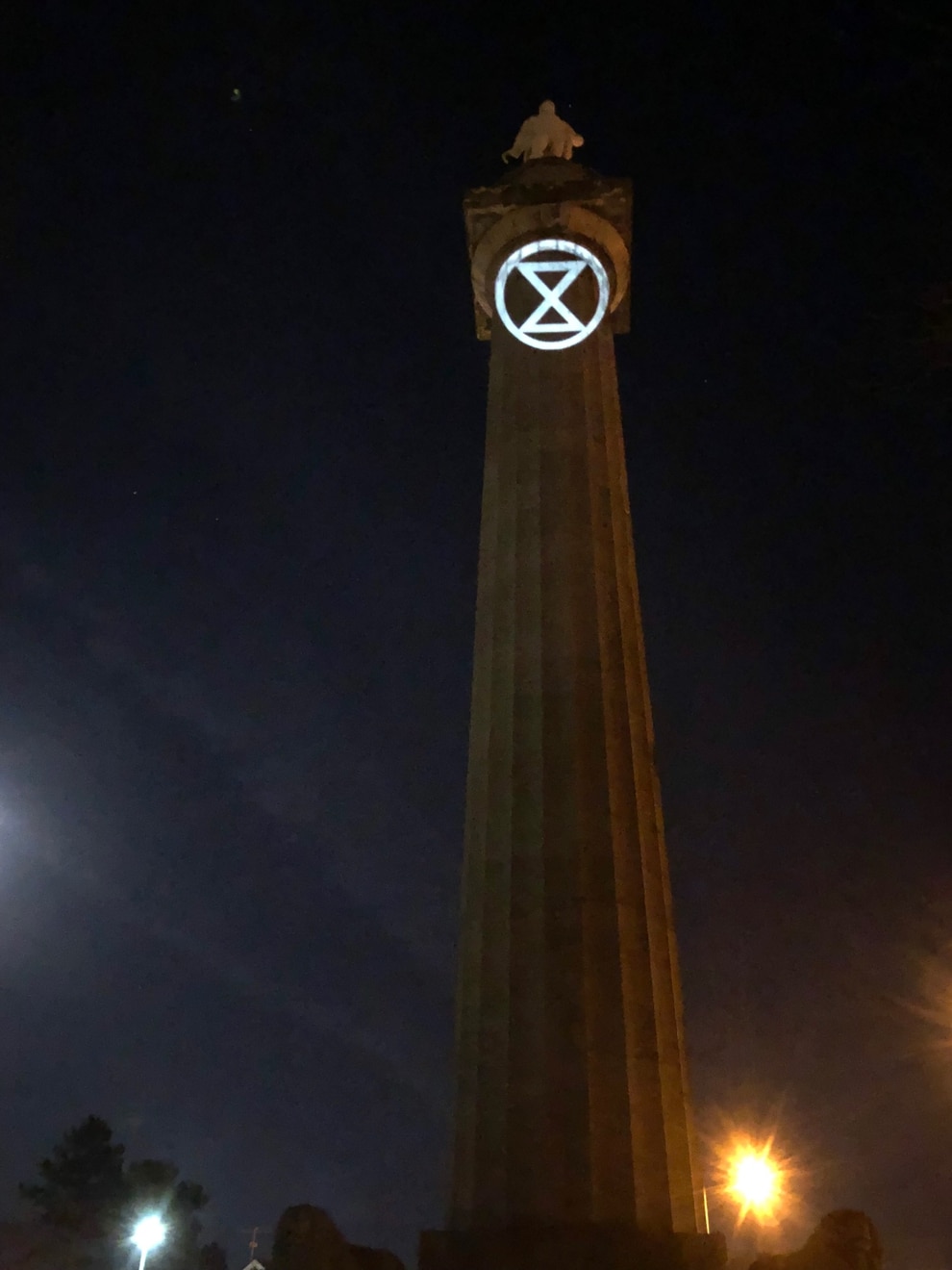 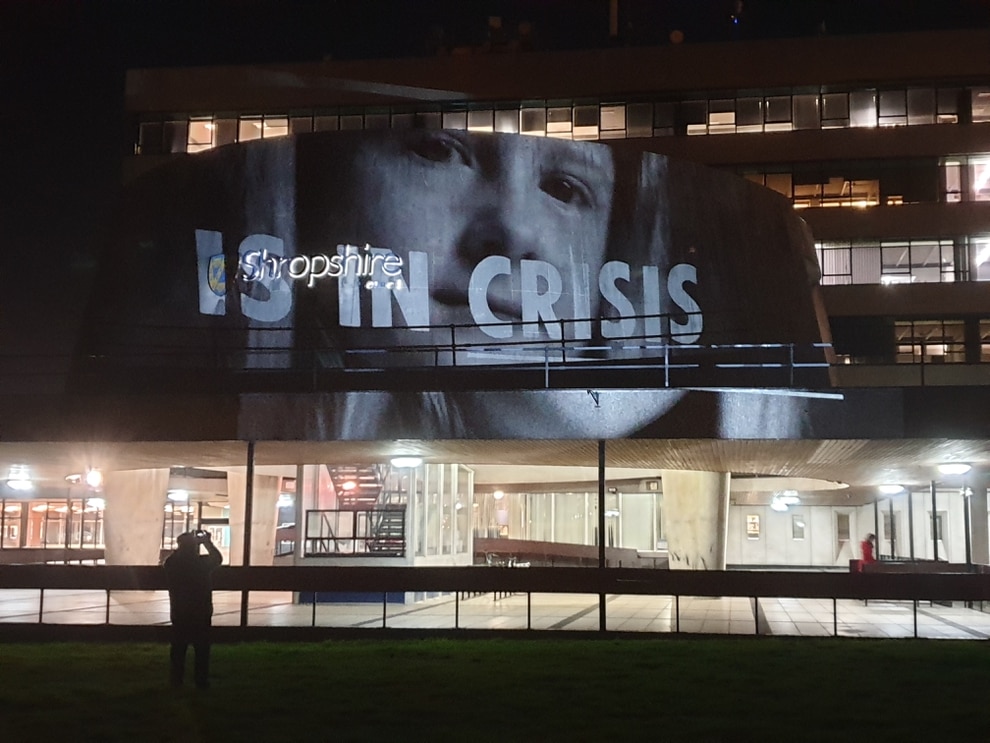 A climate change film was screened on the facade of Shirehall. Pic by Extinction Rebellion Shrewsbury

Shrewsbury activists projected the familiar Extinction Rebellion hourglass logo onto the Lord Hill Column, before screening a video called Where is your Plan? on the facade of Shirehall.

Jamie Russell from Extinction Rebellion Shrewsbury said: "It’s been seven months since Shropshire Council declared a climate emergency. Back in May they told us that the climate crisis posed a catastrophic threat to humanity and that urgent action was needed.

"But seven months on, we’re still waiting for them to even deliver a climate action plan. Where is the urgency in this emergency?"

Last night we went to Shirehall to ask @ShropCouncil #whereisyourplan? Seven months ago they declared a #ClimateEmergency but we're still waiting for action while emissions rise. Where is the urgency in this emergency? @DC4Battlefield @ShropshireStar @ShrewChron @BBCShropshire pic.twitter.com/BBkIa5RP2m

Shropshire Council unanimously declared a climate emergency at a full council meeting on May 16 while a crowd of protestors gathered outside the chamber.

However, despite pledging to go carbon neutral by 2030, the council hasn't delivered a formal plan.

"They say we are facing mortal danger from climate breakdown. Yet, instead of acting, they’re twiddling their thumbs. They can’t have it both ways," added Jamie.

"If you declare an emergency, you need to act like it too."

In November Shropshire Council established a climate change task force of officers from across the council to establish a coherent, coordinated approached to addressing the climate change challenge headed up b environmental officer Adrian Cooper.

"If they can’t produce a credible plan to reduce emissions to net zero by 2030 then they’ll keep on hearing from us - on the streets, in the courts and at the ballot box," said Jamie.