Delays as cattle lorry overturns on A5 outside Shrewsbury

One animal had to put down after the lorry carrying it overturned on the A5 at Nescliffe today, causing hours of delays. 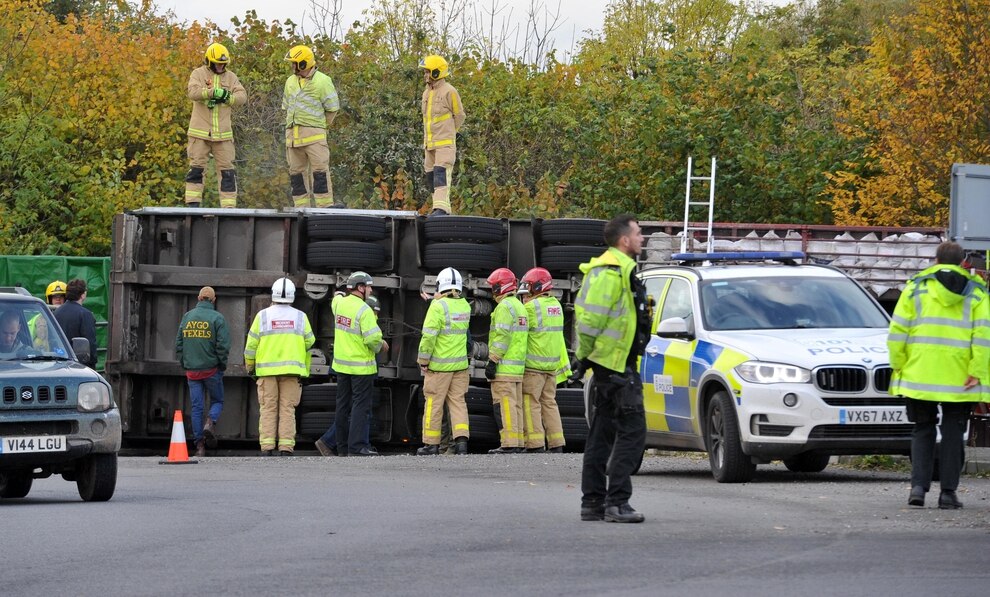 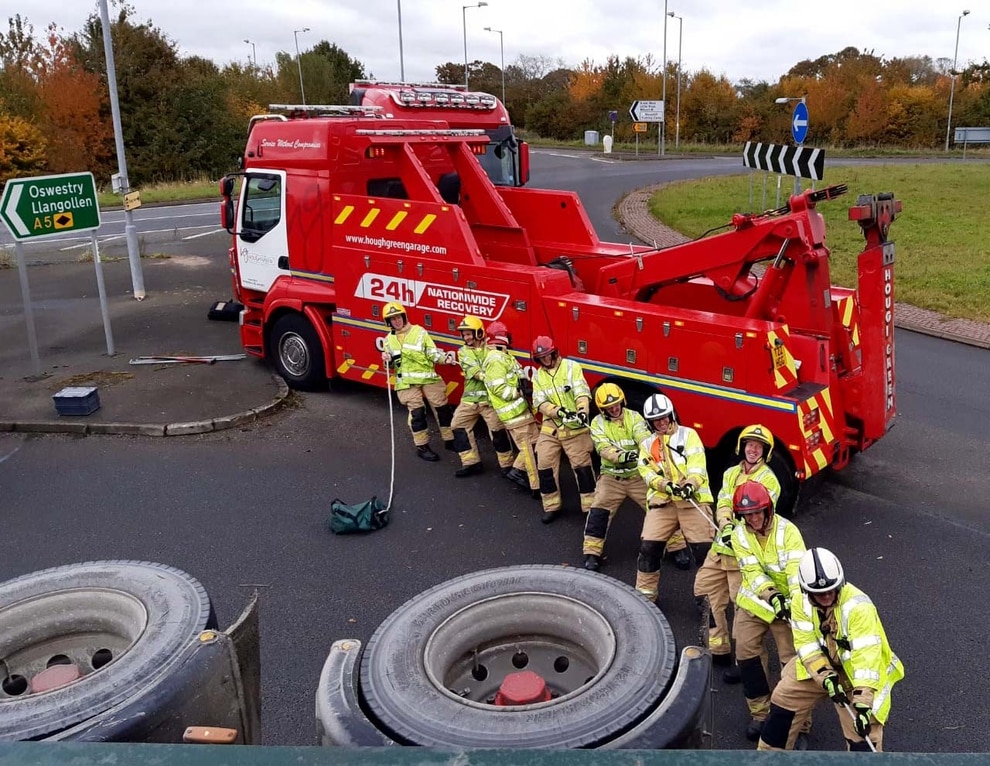 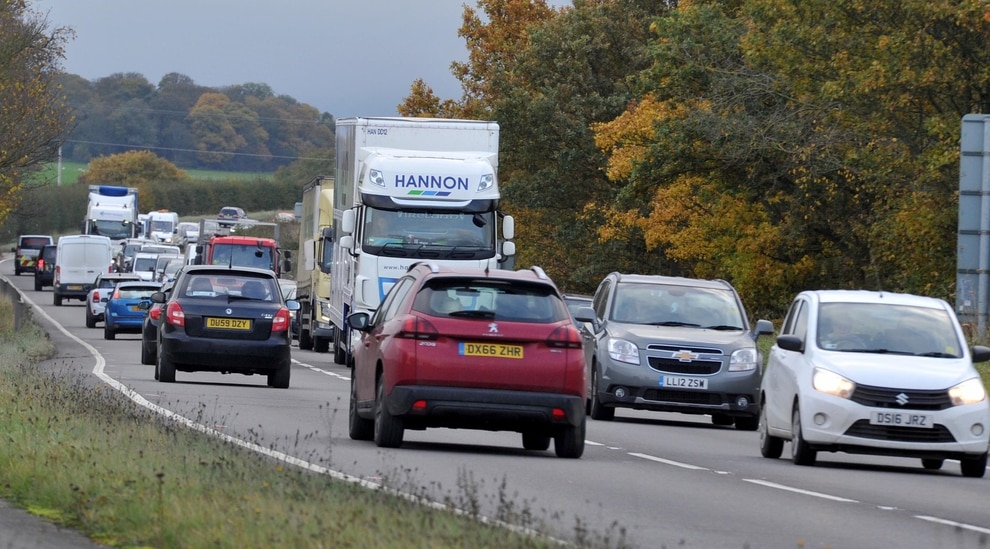 Traffic slowed to a crawl along the A5 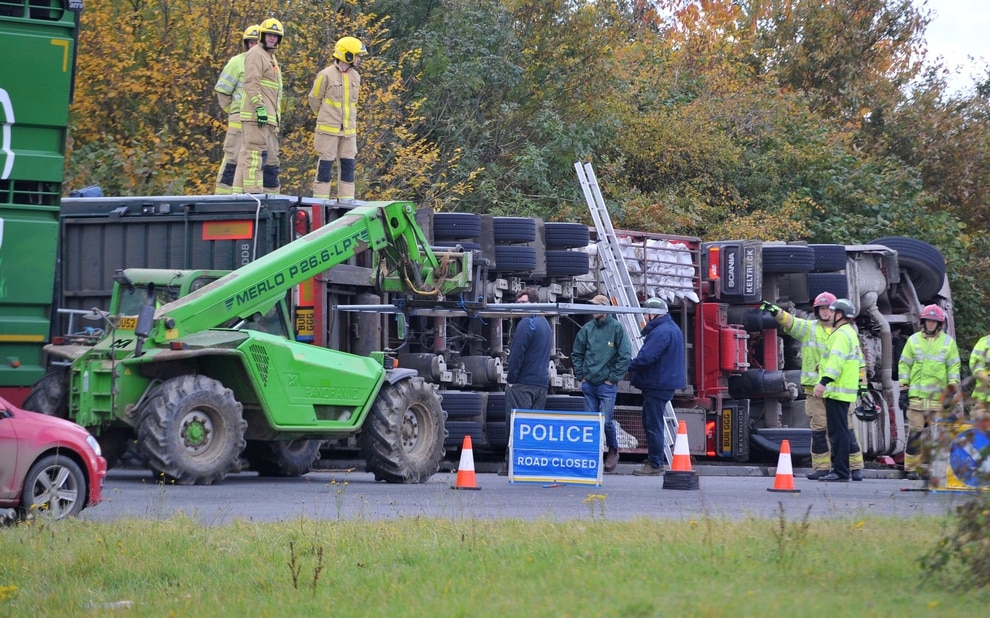 Emergency crews at the scene

Emergency crews at the scene

Motorists reported miles of queues along the A5 at the Nesscliffe bypass off the Felton Butler roundabout following the crash, which happened at about 7.10am. The queues lasted for a number of hours as the recovery operation took place.

The road reopened at around 4pm.

The driver of the lorry got free without assistance, and all but one of the 36 male cattle were rescued.

Firefighters including an animal rescue team travelled from Baschurch, Shrewsbury and Wellington to help clear the site. Police closed the road, and congestion built up between Wolfshead Roundabout and Montford Bridge.

Local lanes were also gridlocked as people tried to avoid the closure.

Station manager Chris White said: “Animal rescues such as these need to be very methodical and carefully planned with the right resources and experts in place.

“The trapped cattle were highly distressed and likely to bolt as soon as they are exposed to light. They can be very unpredictable, and we had to ensure the rescue was controlled to prevent any further distress.

“They are huge animals and incredibly powerful so the safety of all the Emergency Service crews and support staff was paramount.”

One animal was put to sleep due to injuries sustained in the crash.

Lockdown activity increase should be ‘sustained’