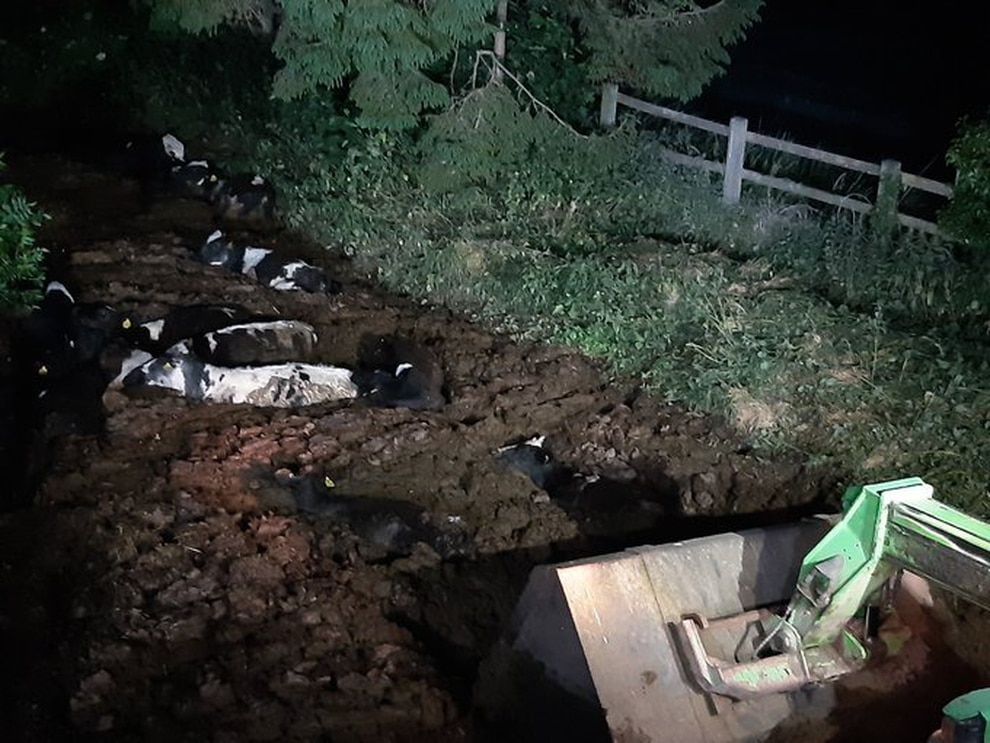 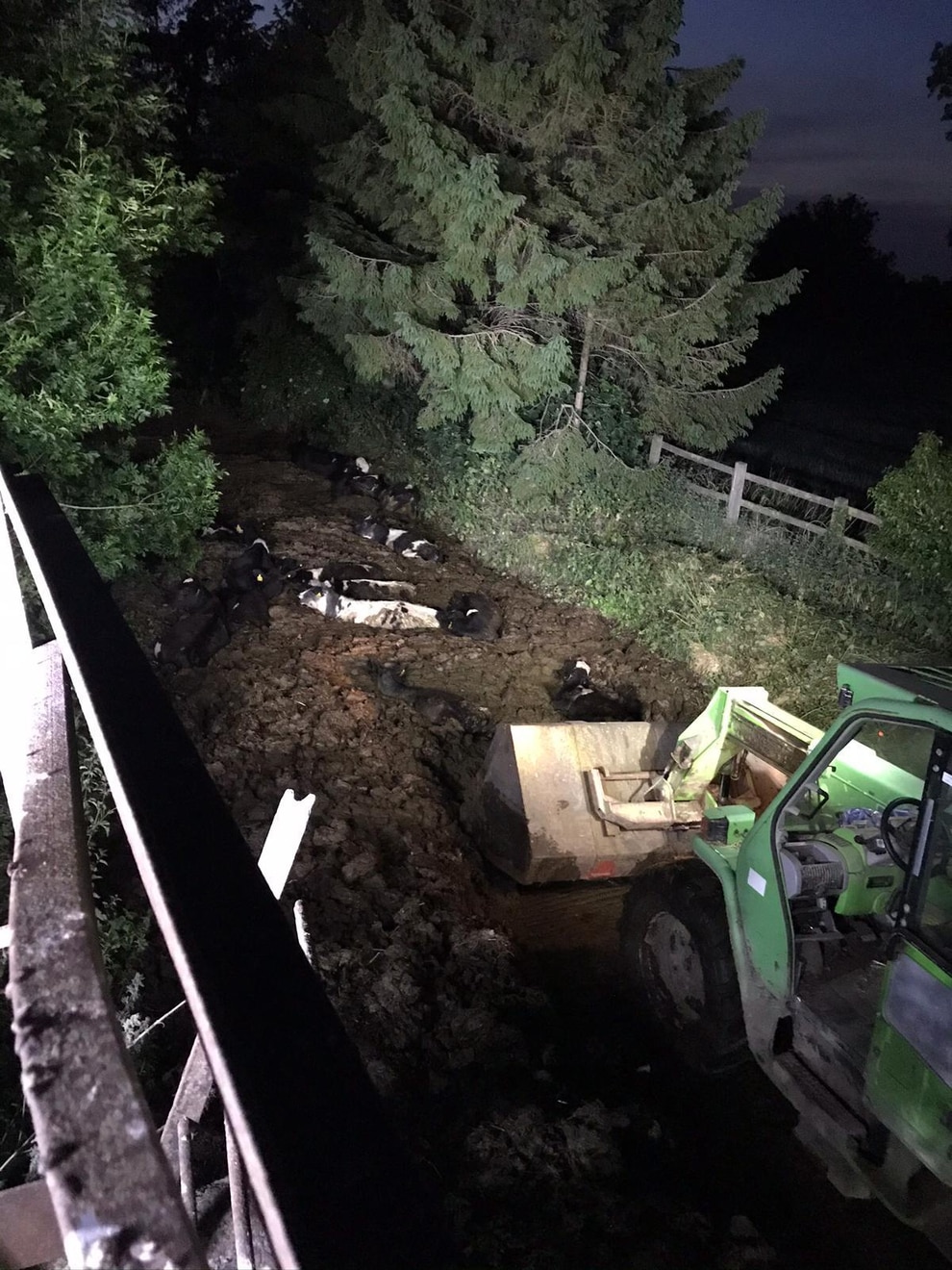 Crews were called to Daywall Farm in Gobowen at around 10pm, where the yearling calves had become stuck.

Two fire appliances and a rescue tender were sent from Oswestry and Wellington and crews used strops and lines. They were unable to save one of the calves, but 20 were safely rescued. They were put into a holding pen in the care of the farmer.

Incident commander Phil Davies said: "We were alerted to an incident where cattle had become stuck in a slurry pit. We're not sure how they ended up getting stuck in there, but they got spooked and the herd mentality made them stick together so they kept forcing their way in. They didn't know how to get out and got tired.

"The pit was about 8m by 25m and was 4ft to 6ft deep. We had to decant the pit and our crews essentially dug out a trough to lower the level in the pit. We got the first animal out safely an then were able to get more out as we went along. The whole thing was very labour intensive and involved a lot of manual handling in a hazardous situation.

"The animal rescue team took the lead because they understand about the welfare of the animals."

Some of the team remained at the site until 2.30pm, and their night still wasn't finished. Phil added: "When the guys got back to the stations they had to decontaminate their kit which takes another hour and a half, so they were up very late after the incident.

"The farmer was grateful for the help and support and it was a good team effort.

"Special thanks to the animal rescue team from Wellington who worked tirelessly hard into the early hours."

Several of the team were in Telford the previous night to tackle the huge fire at Halesfield industrial estate which affected the Tarmac site, Halesfield Nursery and Besblock. And members of the crew have also been travelling north to support the effort to tackle the Hatfield Moors fires near Doncaster.