A Shropshire market town came to a standstill as Thomas Cowley sprung the last of a weekend of surprises on his partner - a marriage proposal. 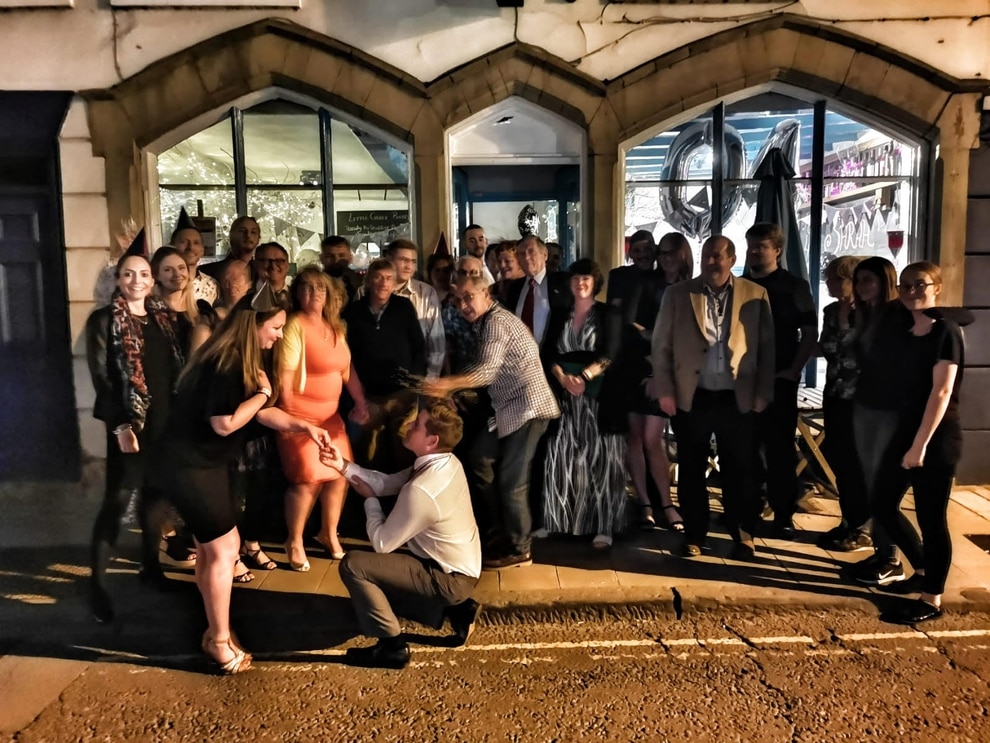 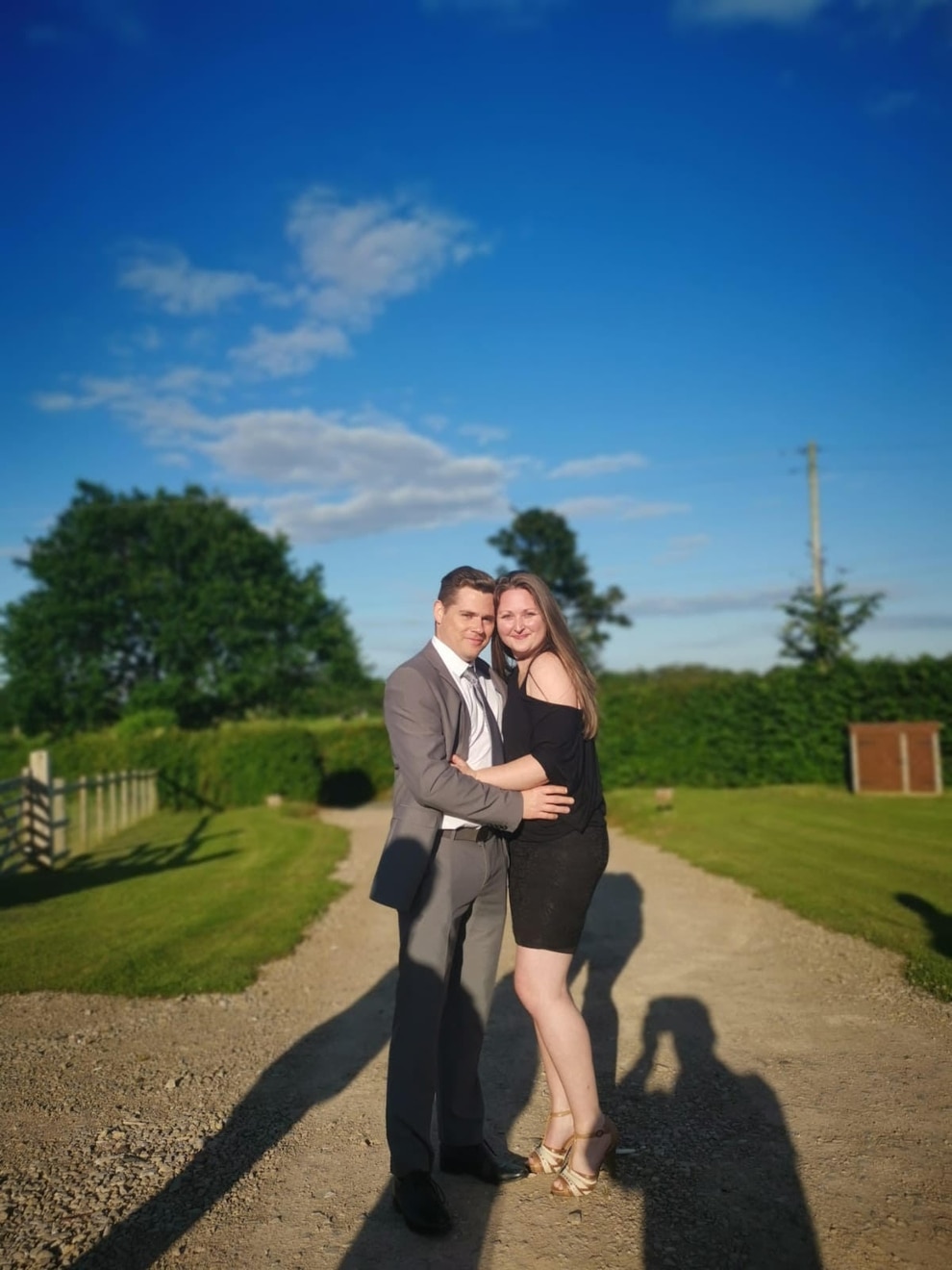 Thomas got down on bended knee on the road in Ellesmere just as a police patrol car was passing.

Officers decided to stop the traffic to allow the proposal to continue and were delighted when Sarah Millward answered with a resounding yes.

Romantic Thomas, 33, a corporal in the RAF at Cosford, began planning the weekend when he was posted to Afganistan for six months last year.

"I wanted to do something for Sarah's 40th birthday, which was this weekend," he said. "I also knew that I wanted to ask her to marry me."

He set up secret social media pages and chose Castle Farm Holidays in Dudleston near Ellesmere as the venue, booking up all the holiday cottages and glamping accommodation for about 30 family and friends.

The first surprise for Sarah, who worked at Staffordshire police headquarters, was when Thomas pretended to go off to work on Friday - her day off - only to drive to the airport to pick up her best friend who lives in Switzerland.

"She was over the moon when we came back then I sprung on her that we were going away for her 40th birthday and to go and pick for the weekend to include a nice outfit," he said.

"We drove from our home in Stoke-on-Trent to Shropshire and when we arrived at Castle Farm Holidays all the other guests were there and had decorated everywhere with 40th bunting."

But even the guests didn't know that Thomas was planning to propose. The couple have been together for three years.

"I had asked permission from her parents but they didn't know when I was going to ask Sarah to marry me. I told just one person in the party and also Deb from the Greek restuarant in Ellesmere where we went for a meal on Friday night."

At the end of the meal Thomas asked for a group photo outside, a cue for the restaurant to start playing the couple's song, Broken Road by country group Rascal Flatts.

"I was so nervous. I had rehearsed and rehearsed but as I began to do my speech the tears came, it meant so much to me," he said.

It was then that the police patrol car came upon the scene and worried in case the group went further out into the road, stopped to hold up the traffic so Thomas could continue in safety.

Officers tweeted: "It's not everyday you have to stop a police car because someone is proposing in the middle of street. But, she did say yes."

Helen Reade from Castle Farm Holidays was delighted for the couple.

"I had been a fantastic weekend, they are a lovely couple," she said.

Thomas and Sarah haven't set the date for the weekend, but say they have fallen in love with Ellesmere and may even return to tie the knot.