As winter hit Shropshire fascinating photos of when sub-zero temperatures saw Ellesmere mere freeze so hard it became a playground have been unearthed. 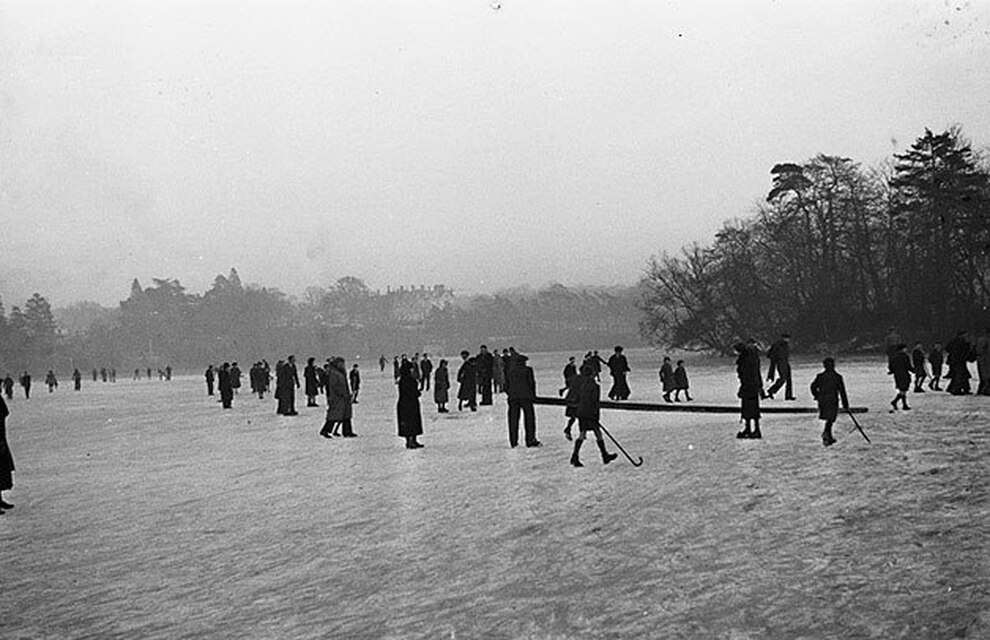 Playing ice hockey on the mere 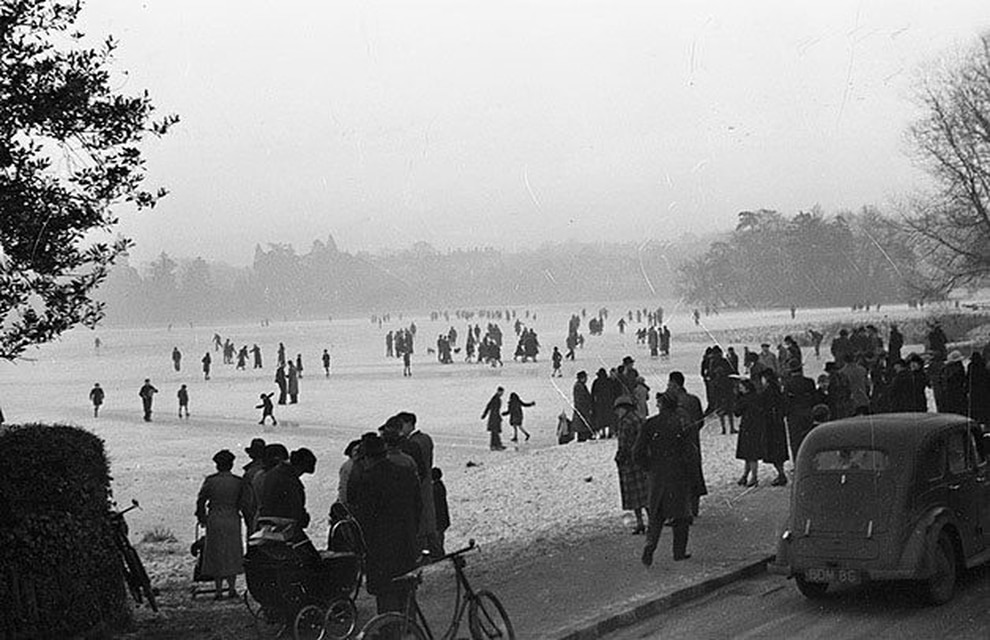 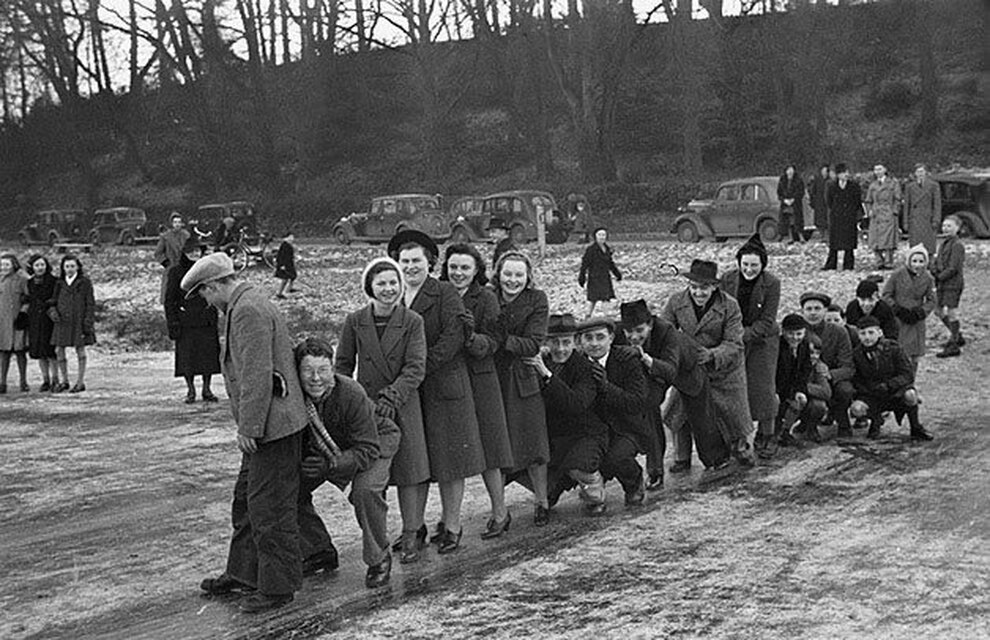 Having fun on the frozen mere 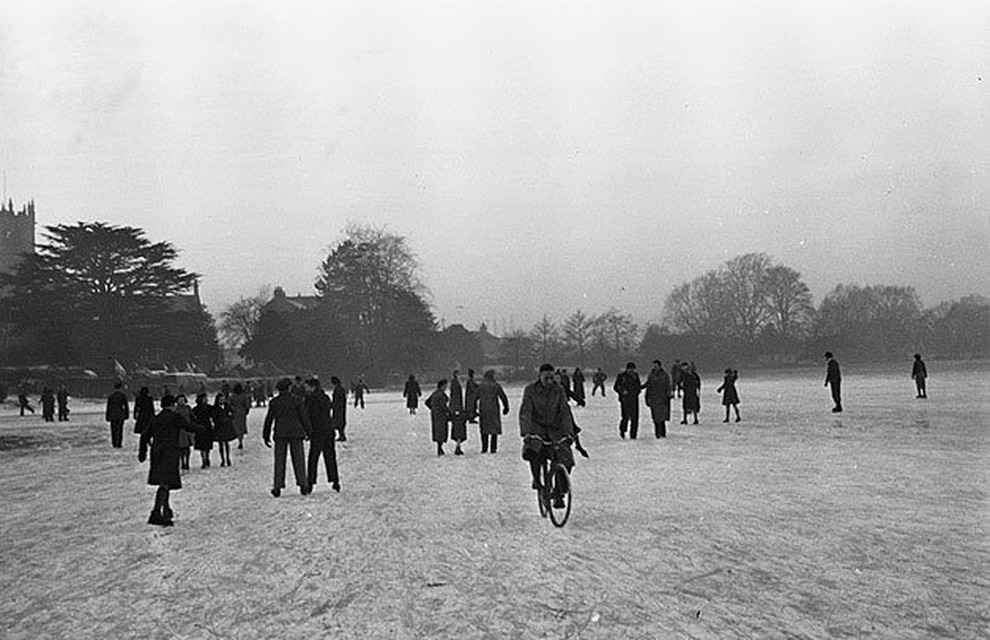 A man rides his bike on the mere 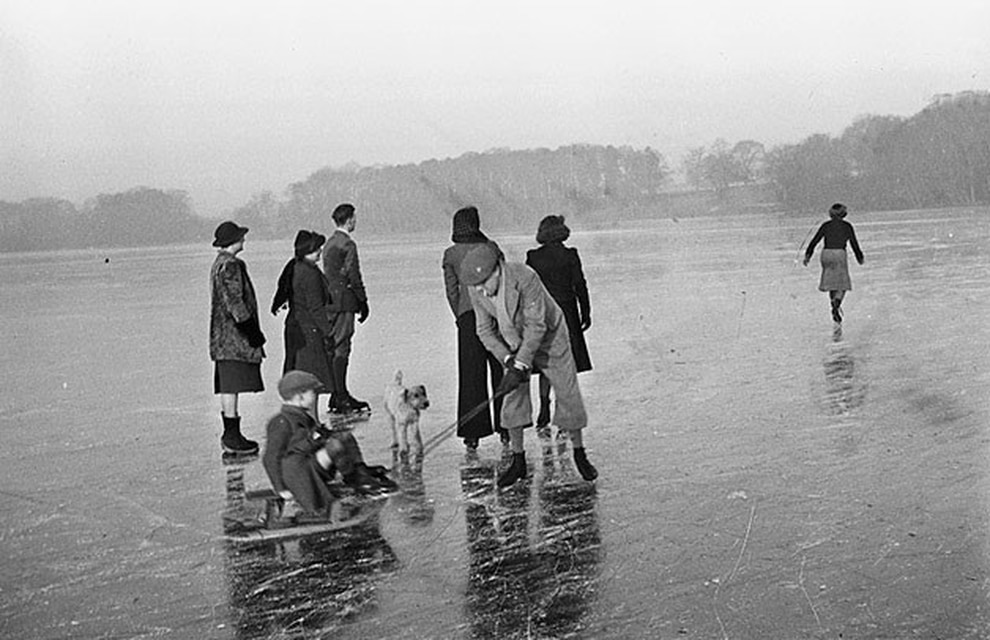 The photos, taken in 1940, show the ice so thick that it held up scores of people, playing ice hockey, sledging and even riding bikes on the mere.

They were posted on the Shropshire Memories facebook page as forecasters were predicting the plunge in temperatures this weekend.

However the temperature this weekend is positively tropical compared to January 1940 when they got down as cold as -21 degrees.

The pictures have sparked memories from plenty of people in Ellesmere.

Ian Taylor, who posted the photos, said: "I am still searching for a photo I have seen of a coal truck driving across the frozen mere to the Oteley Estate."

Ellesmere's Bob McCoy said: "I can remember the Mere freezing over a few times in the late 40’s early 50’s. The weather has changed."

Another hard winter was in 1947 according to Mr John Evans who grew up in the town.

"The coal merchant took his horse and cart onto the frozen mere for a five pound bet, and won," he said.

"The mere also froze hard in the 1960s. A few of us young lads foolishly walked almost to the middle when the ice started to crack, the sound was like a gun going off. We nervously edged our way to the safety of the path."

Rod Evans said his Nan and Grandad Collins use to ice skate when the mere iced over.

"The mere was frozen for months on end and I think Grandad played a football match on there once."

Yeh Nan and grandad Collins use to ice skate on their all the time when the mere iced over. The mere was frozen for months on end. I think Grandad played a football match on their once. I think mum has got pictures somewhere of Nan/grandad and other people walking all the way across the mere to the crimps and to the other side past Moscow island.

In the market Hall in the cabinet their is some ice skates and some pictures of the mere frozen over.