Plans for a new business park in Oswestry – including a car showroom, gym, drive-through coffee shop and restaurant – have been approved.

It is hoped up to 220 jobs could be created once all 11 proposed units are built and occupied.

The site, next to the new Morrison’s superstore on Shrewsbury Road, was formerly part of Oswestry Livestock Market but has been unused for many years.

It was previously earmarked as part of a £45 million shopping and leisure complex incorporating a cinema, but when Cineworld pulled out of the deal the plans were scrapped and only the supermarket was built.

But Morrison’s, which owns the whole site, later applied for a business park and care home to be built. The care home element has now been re-thought, and the approved plans now include a drive-through coffee shop, drive-through restaurant and a potential gym or office building.

The largest building will be either a car showroom or builders’ merchant, depending on interest, and there will also be a row of seven smaller trade counter units.

Planning officers concluded the development would not take footfall away from businesses in the town centre and approved the plans.

A report by planning officer Philip Mullineux said : “Following retail assessments of Oswestry town centre, the centre appears to be vital and viable with a good range of convenience and comparison offer, retail and leisure services as well as business and financial services.

“The centre as a whole is well maintained, has a high footfall. The anticipated trade impact of 0.76 per cent on the town centre’s turnover would not be significantly adverse.

“Additionally, a sequential test has been undertaken which has found that there are no potential sites that are suitable and/or available for the proposed development.

“A number of technical reports and surveys have been undertaken which have demonstrated that the proposal would not raise any adverse impacts, or subject to any constraints which hinders development from coming forward.

“The proposal would result in development coming forward on a long-standing brownfield site.

“The development could bring 125-220 new jobs and economic spending into Oswestry, which is in accordance with the local development plan’s strategy for Oswestry.” 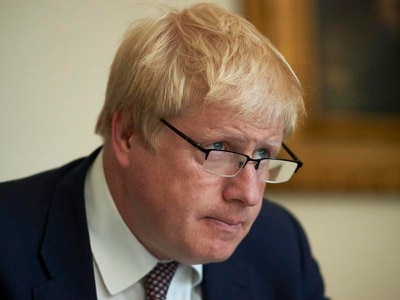 Protesters gather in Hong Kong before anthem law is debated