Man rescued from manhole in Oswestry

Emergency services were called to rescue a man from a manhole on a building site in Oswestry.

The man, in his 50s, was airlifted to hospital following the incident at about 10am.

Emergency services were called to a building site off Middleton Road, near to the Plas Fynnon Medical Centre.

Ambulance staff, who were quickly on scene, were able to rescue the man from the hole.

Shropshire Fire and Rescue Service mobilised three crews and reported that the casualty was in an eight-foot hole but had been rescued prior to their arrival.

A spokeswoman for West Mercia Police said: "Just after 10am police responded to an industrial incident in Middleton Road in Oswestry.

"A man in his 50s has been taken to hospital in a serious condition." 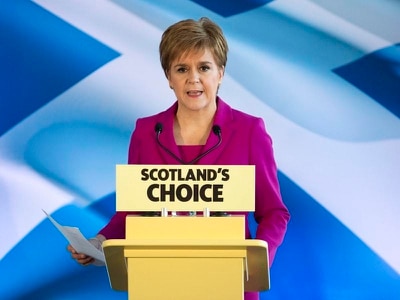 Sturgeon to issue update on independence plans within days