Oswestry wheelchair fundraiser thanks good Samaritans who came to his rescue

A volunteer who helps Oswestry's Santa Sleigh - raising thousands of pounds for charity - has thanked the good Samaritans who came to his help when the battery on his wheelchair ran out on his way home from an event.

Roger Whitting dresses his electric wheelchair in a Santa suit and lights to help fellow Oswestry Cambrian Rotary Club members as they shake collecting tins at festive events leading up to Christmas.

The Rotarians took their Santa Sleigh to the Oswestry Christmas lights switch-on in Bailey Street, and Roger spent a couple of hours driving his wheelchair up and down the street, collecting cash for local charities.

On the way home to eastern Oswestry, well over a mile away, the wheelchair's batteries went flat.

"The chair wouldn't mount the kerb, after I crossed the road, it didn't have enough power," said Roger.

"I carried on down the road a little but knew I wouldn't be able to get on the pavement."

He said that by the shops in Unicorn Road a young man leaving a takeaway approaching him and asked if he could help.

"I was very grateful," he said. "He started to push and then another young man came along to help him - the chair is incredibly heavy to push.

"They took me all the way home, where I was able to plug it into the mains to recharge it."

Roger stressed that it wasn't all the lights on his chair that ran it flat as he has a separate battery which charges them.

He also dresses his chair up for other events such a Halloween, and will be taking his Santa chair to the Oswestry winter carnival on Saturday. 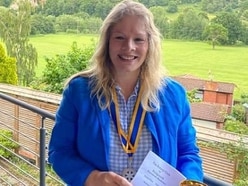 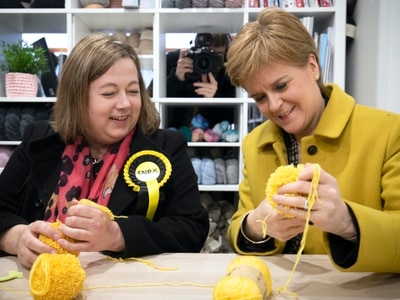